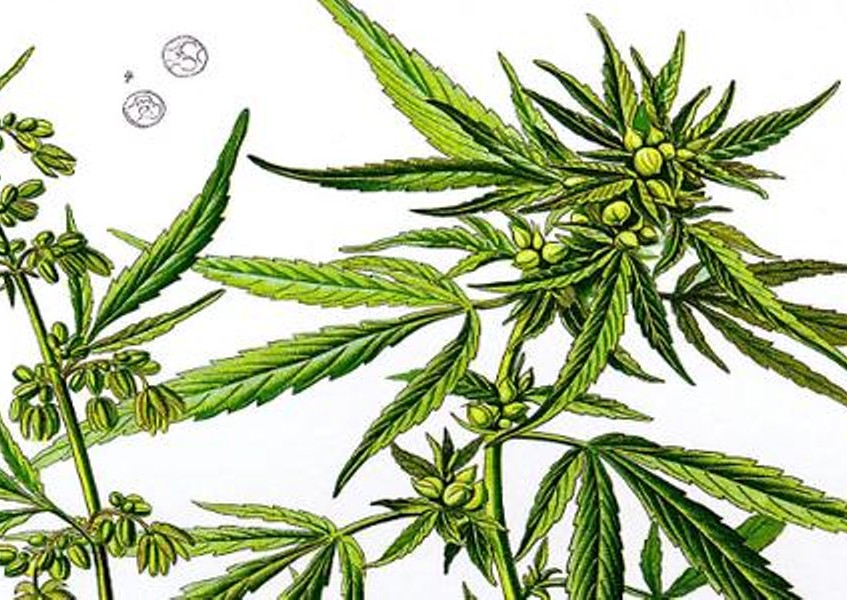 Many people refer to marijuana using slang: Mary Jane, MJ, pot, bud, reefer, ganja, joint, blunt, and hundreds more.  But the word Marijuana itself is a slang term for cannabis, appropriated from Mexican immigrants in the early 20th century and promulgated as a legitimate name by the U.S. Marijuana Tax Act in 1937. The term was reinforced as official when cannabis was placed as “marijuana” on the Schedule I Narcotics list as part of the Controlled Substance Act (CSA) in 1970.  Since then, any species of the Cannabis Genus, including hemp, has been identified loosely as marijuana.

In fact, hemp and cannabis are different flowering plant subspecies that fall within Cannabis Genus of the Cannabaceae family. The Cannabis Genus has three species:  sativa, indica and ruderalis.  Initially, both hemp and the psychoactive marijuana were classified as subspecies of sativa.  Cross breeding for specific characteristics has made those divisions less distinct over time.

Cannabis ruderalis, native to Eastern Russia, is rarely cultivated for medicinal or recreational use because of its very low THC levels. Its short stature makes it a poor candidate for hemp products, as well. However, because Ruteralis has early flowering characteristics and demonstrates resistance to insects and diseases, it is sometimes crossbred with indica strains.

Hemp generally refers to industrial products made from cannabis plant stems, including biofuels, paper, rope and line, construction materials and textiles used for clothing and household linens. However, hemp also can refer to food products that are not intended for use as a drug.

Hemp has very low psychoactive properties with THC levels of lower than 1 percent. Hemp production in the U.S. remains illegal under the CSA, although some growers have begun cultivation under state cannabis legalization efforts. The Agricultural Act of 2014 includes a provision that allows colleges and state agencies to grow and conduct research on hemp in states where it is legal, but growers are reluctant to begin development because of the disparities in federal directives.  Some hemp products that meet strict criteria have been approved for U.S. import, though any trace of THC in hemp products marks it as a “seizeable.”

France currently produces about 70 percent of the world’s hemp production and China cultivates about 25 percent.

Cannabis Sativa is a tall (up to 20 feet), loosely branched plant with long, narrow leaves.  It generally is grown outdoors.  Indica is shorter with dense branches and wide leaves and is usually grown indoors.

For recreational purposes, the higher levels of THC in Indica are more desirable and many marijuana growers have developed subspecies/strains that have high THC and low CBD ratios. However, the medical benefits of CBD’s non-psychoactive properties are becoming more evident.

Federal classification of marijuana/cannabis as a Schedule I Narcotic makes peer-reviewed testing of CBDs a challenge.  However, preliminary studies have shown it to be an anticonvulsant, and an orally-administered CBD medication, Epidiolex, has received orphan drug status in the U.S. for use in treating Dravet Syndrome, a severe form of epilepsy.

Preliminary studies also show that CBD may have anti-psychotic effects – making it a potential treatment for individuals with schizophrenia.  Limited studies demonstrate that cannabis may alleviate chronic pain and muscle spasms, reduce nausea associated with chemotherapy, and improve appetite in patients with HIV/AIDS.

In 2012, an Israeli medical cannabis facility introduced a new, high-cannabidiol strain of cannabis, which has virtually no THC, enabling it to provide some medicinal benefits of cannabis without the “high.”  Despite high interest in the use of high-CBD/low-THC strains of cannabis for medical use, hurdles with the ACA have made research challenging.  Not only can researchers not acquire cannabis plants for testing, prohibitive regulations on the testing itself make new studies scarce in the U.S.

Most cannabis strains available through state medical marijuana dispensaries today are actually hybrids of the sativa and indica species.  Some strains are sativa dominant (higher CBD levels), and others are indica dominant (higher THC Levels), and some are 50-50 hybrids.  Strains have been developed to be meet grower needs for indoor vs. outdoor varieties, length of the flowering stage, resistance to mold and pests, and aesthetic characteristics (odor, color and potency).

Allbud.com’s Strain Section lists hundreds of cannabis strains, rated by users and organized by symptoms addressed, effect, flavor and aroma.  New strains are added to the database as they come on the market.