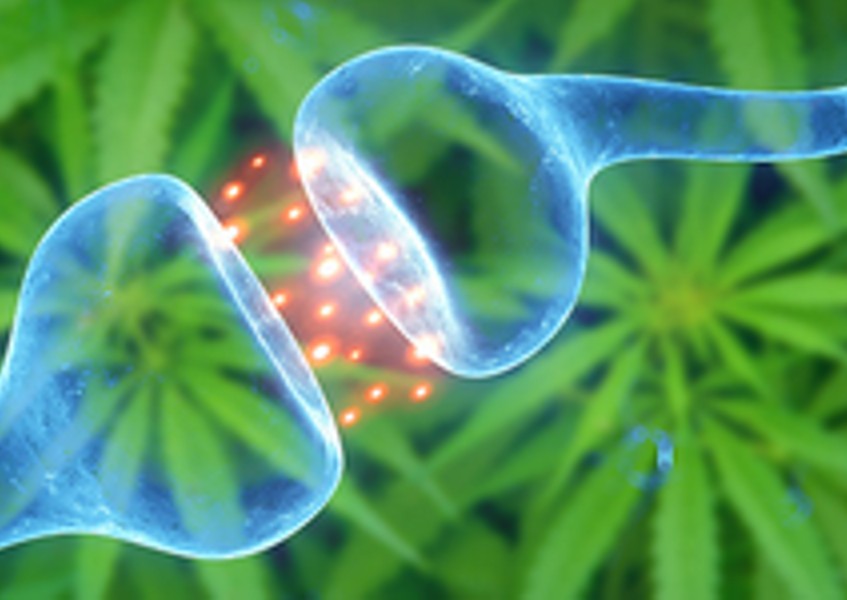 Endocannabinoids and their receptors, called the Encocannabinoid System (ECS), while found primarily in the brain and immune system, are also found throughout the body -- in organs, connective tissues and glands. They affect appetite, the sensation of pain, mood, memory and other physiological functions. As research of the ECS continues, additional receptor sites are being documented.

Israeli researcher Dr. Ralph Mechoulam discovered ECS It in the mid 1990s -- at the same time that Tetrahydrocannabinol (THC) was identified as the primary active ingredient in cannabis plants. Both THC and Cannabidiol (CBD) trigger the ECS, and research is underway to determine if Cannabinol (CBN), Cannabichromene (CBC), Cannabigerol (CBG) and Tetrahydrocannabivarin (THVC) may also interact with receptors.

THC is specifically keyed to CB1 receptors, primarily found in the brain, and is responsible for the euphoric feeling that is the most familiar aspect of cannabis. Therapeutically, it has been documented to affect pain perception, stress reaction, regulation of motor function, cognition, appetite and motivation.

Cannabis and narcotics are co-agonists, which means they work better together than individually – creating a symbiotic connection that results in an increased effectiveness of lower narcotic doses and a diminished likelihood of dependency.

Also, because CB1 receptors are not present in the part of the brain that regulates heart rate and respiration, there is no lethal threshold for THC, which means dosage can be adjusted freely based on pain levels.

CB2 receptors are found in the immune system, primarily in the spleen and are keyed to CBD, which works as an anti-inflammatory. Although CBD research is still in its infancy, there is growing evidence that it has anti-spasmodic qualities, plays a role in depression, and may moderate the psychoactive effects of THC.

Although the ECS affects a number of biological processes, its overall function appears to be regulating homeostasis – the ability to maintain stable internal conditions. Because disease is the result of failed homeostasis, researchers are studying the ECS as a potential target for a variety of medical applications.

In 2006, the National Institutes of Health (NIH) issued the following statement:

“In the past decade, the endocannabinoid system has been implicated in a growing number of physiological functions, both in the central and peripheral nervous systems and in peripheral organs… modulating the activity of the endocannabinoid system turned out to hold therapeutic promise in a wide range of disparate diseases and pathological conditions, ranging from mood and anxiety disorders, movement disorders such as Parkinson’s and Huntington’s disease, neuropathic pain, multiple sclerosis and spinal cord injury, to cancer, atherosclerosis, myocardial infarction, stroke, hypertension, glaucoma, obesity/metabolic syndrome, and osteoporosis, to name just a few…”

A growing body of research has identified the role of the ECS in a range of cancers, including lung, liver, breast and prostate cancer, setting the stage for expanded human trials for medical cannabis.  As research moves forward, therapeutic cannabis application studies will be initiated for the following diseases:

The International Association for Cannabinoid Medicines provides a comprehensive list of clinical studies that can be searched by disease, author and study design. More than 30 clinical studies with cannabis or single cannabinoids have been initiated between 2014 and 2015 in the United States