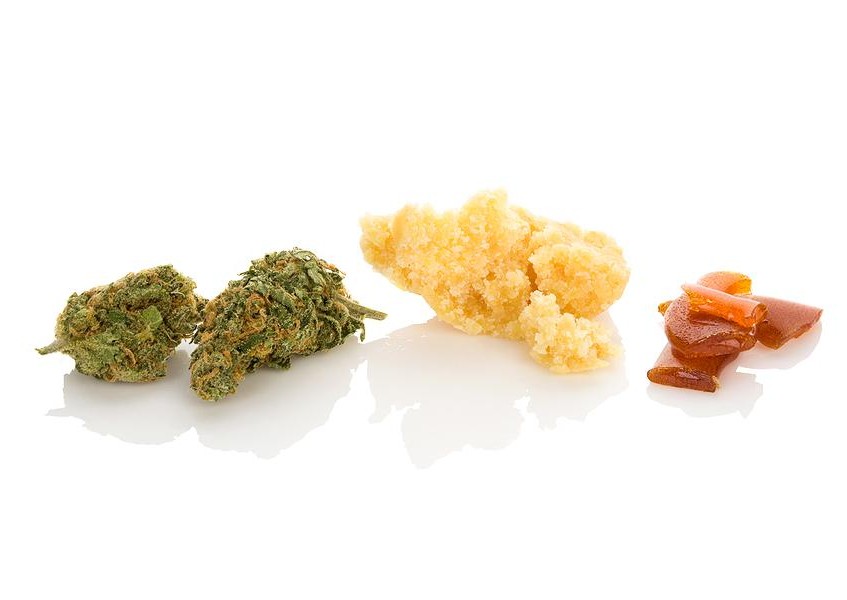 Cannabis concentrates deliver more bang for your buck. They offer potent by-products of procedures that eliminate all the non-essential parts of the cannabis bud. These extracts wind up in different forms depending on the concentration process, but they all produce a potent cannabis experience.

While most cannabis strains contain a THC content between 14% and 28%, some strains hold over 30% THC. That remains far below the 80% THC potency that concentrates may reach. So, as you can see, cannabis concentrates are not for the faint-hearted or novice cannabis users.

Cannabis consumers should build a tolerance for potent THC before thinking of concentrates. And you must develop expertise in manipulating the product and the devices involved. The following explains the key differences between cannabis Budder, Resin, and Sauce. It also recommends methods for the consumption of the respective products.

What is cannabis budder?

Budder refers to a cannabis concentrate with the color and consistency of dairy butter at room temperature. It would be best if you did not confuse it with cannabutter. Cannabutter results from infusing dairy butter with cannabis oil to create butter used in cannabis recipes for cooking and baking.

While you can make budder at home, the best quality comes from processes involving devices that flush cannabis plant matter away under pressure from butane, CO2, or water. While the butane procedure works, it also presents a concern about toxic residue.

The various processes produce a potent cannabis product that lasts about six months in a tight-lidded container stored in a cool dark place.

People use budder in several ways:

What is cannabis resin?

Resin, a sticky secretion, occurs in trees and other woody plants as sap. “Sap” refers to the dissolved sugars and salts processed by trees and secreted by them.

In cannabis, resin lies in the plant’s trichomes, those frilly filaments that sprout from the buds. The trichomes defend against insects, facilitate pollination, and aid plant development. In cannabis, trichomes play a unique role as the location of cannabinoids and terpenes.

Depending on the procedure used to extract the benefits from the cannabis, the resin can take different forms:

What is cannabis sauce?

Cannabis sauce has the consistency of commercial marmalade, rich in terpene oil and cannabinoid crystals. Sauce uses all the parts of a cannabis plant: buds, trim, and kief. Developers use Butane, CO2, or Propane Hash Oil (PHO) as solvents to remove lipids, fats, and fibrous elements.

Sauces differ in texture from cannabis wax, budder, and Hash because of their texture. They lack the brittleness of wax, shatter, or crumble. And they remain more malleable than Hash. Cannabis sauce takes longer to create because procedures allow the cannabis material to soak in the solvent longer. This longer process requires temperature management to let the THCA and CBDA cluster in crystals.

You can add all cannabis concentrates to regular cannabis use in joints and pipes. Users can heat them in bongs and bubblers or produce vapor in dab rigs and vaporizers. In doing so, they avoid the risk of damage to the respiratory system associated with inhaling tobacco smoke.

All cannabis concentrates score remarkably high in THC. That potency is essential to some users and dangerous for novice users. These cannabis extracts result from processes taking more or less time, skill, and investment. So, they remain the province of veteran cannabis experience and tolerance.