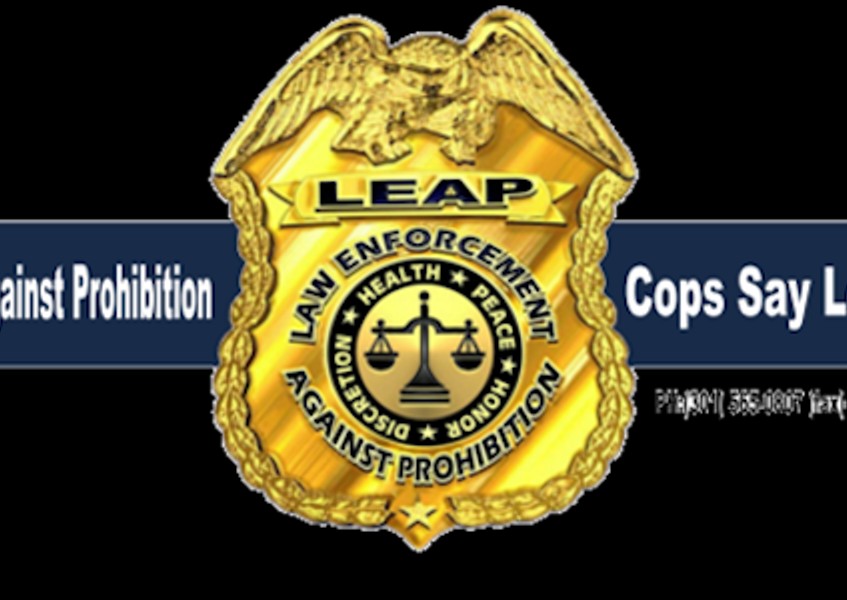 All across the U.S. and the rest of the world, criminal justice professionals and law enforcement officers are joining the marijuana legalization movement. Marijuana prohibition has contributed to a public safety disaster that leaves violent crimes unsolved, gangs controlling the market, and otherwise innocent, peaceful people caught up in a system that views them as criminals. More than 700,00 people were arrested for marijuana charges in the U.S. last year, and 90% of those were for possession alone. This equates to countless hours that police spend arresting and filing paperwork, and that prosecutors, defense attorneys, and judges spend working those cases to determine punishment. While most people don’t go to prison for simple marijuana possession, an arrest is a stressful, costly, and damaging ordeal. An arrest doesn’t have the same damaging effects as jail time, but peaceful people still don’t deserve to be treated like criminals.

I remember working in booking at the Arapahoe County jail when a young man was brought in for marijuana possession. I booked him in, rolled his prints, took his mug shots, and allowed him his one phone call, which he made to his parents. He was 19 and in his first semester of engineering school at the Colorado School of Mines. He was absolutely beside himself with worry at the prospect of losing his federal student aid grants as a result of this arrest. His parents couldn’t afford the school themselves and he had spent his entire high school education working towards that scholarship. A marijuana possessions charge in Colorado, at least back in that time, would have meant the loss of his scholarship for a minimum of a year, and the possibility of losing it indefinitely. It was a stressful, costly, damaging ordeal to say the least, and a total shame to have such a bright mind with so much potential get caught up in a draconian system. Getting into the engineering program at School of Mines isn’t for dummies!

We’ve spent decades and billions of dollars trying to keep people from using marijuana, yet the law is obviously not a deterrent. It’s clearer than ever that marijuana use isn’t something we can incarcerate into nonexistence. We didn’t seem to learn from alcohol prohibition in the 1920s and 30s. When we re-legalized alcohol sales and manufacturing, the gunfire settled down, corruption reduced to pre-prohibition levels, and consuming alcohol became a much safer proposition as it was being produced by licensed and regulated professionals instead of gangsters.

All the criminal justice professionals I work with at Law Enforcement Against Prohibition (LEAP) went into their careers with honorable public service in mind. We didn’t realize we’d be spending so much of our time worrying about nonviolent people when there are rapists, arsonists, murderers, and thieves running around. 50 years ago, we used to solve 90% of murder cases, and now, we only solve 64%. Criminals may have gotten smarter as technology improved, but so did the rest of us! We have the best technology available at our fingertips, but we’re arresting the wrong people. Taxpayers don’t want their money going toward arresting their child for something that could be discussed at home with the family or with a counselor. Taxpayers don’t want their money spent arresting their elderly grandparents for using medicine that makes the struggle of cancer less painful.

Someday, later generations will look back on the era of marijuana prohibition the same way we look back on medieval times in history – as a barbaric way to treat our fellow humans and an affront to human rights.

Former Corrections Officer and Sheriff’s Deputy Carrie Roberts previously worked for the Colorado Department of Corrections and the Arapahoe County Sheriffs Department and has started a marijuana industry compliance business called CatchFire CX that helps ensure public safety in the newly regulated market. She is now a speaker for Law Enforcement Against Prohibition (LEAP), a group of police, judges, prosecutors, and other criminal justice professionals working to end the War on Drugs.