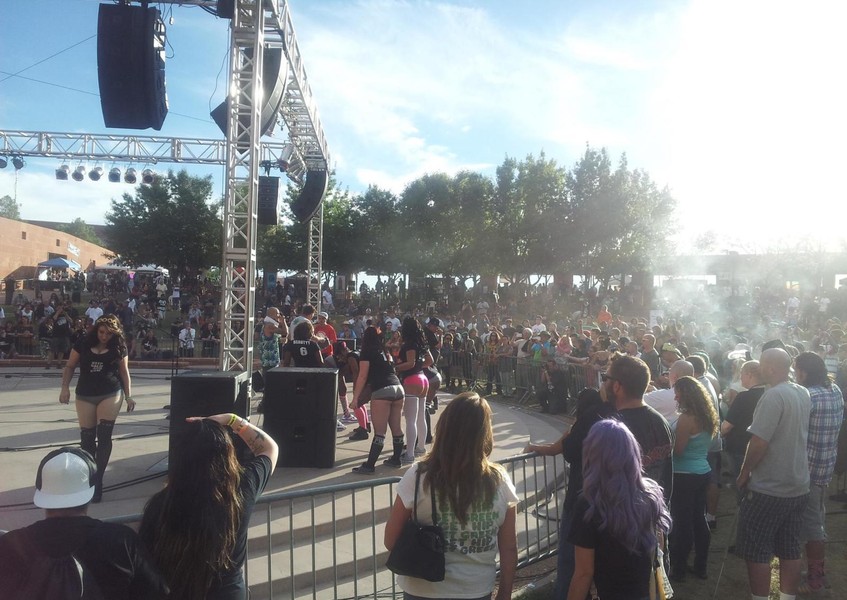 The AllBud Team is heading to Las Vegas, Nevada for Hempfest, so what better time to review what exactly is going on with Nevada and marijuana. If you happen to be in the Las Vegas area or attending Hempfest, be sure to come by and beg some goodies from AllBud’s Allison and Kristin. There is a patient smoking section too!

So what’s up with Nevada and Marijuana anyway?

It’s an exciting time to be following medical marijuana trends, and it seems like every few months we see another historic “first.” Case in point: Nevada is now officially the first state to allow dispensaries to operate for profit—a major paradigm shift that will likely have major ramifications for Nevada’s MMJ program—and for its economy more generally.

Many applications have been filed for new dispensaries to be opened, and approvals will be given out starting this November—so you can expect to be reading plenty of reports about Nevada’s brisk MMJ business, and about all the new dispensaries popping up, before this year concludes. That’s not all, though: Nevada is allowing for medical dispensaries to service those with out-of-state MMJ cards—another huge first, and something that will surely give Nevada’s state tourism a big boost!

More Dispensaries on the Way

So exactly how many new Medical Marijuana dispensaries should Nevada residents expect to see? The state’s laws currently allow for another 76 dispensaries to open, and 174 applications have been filed to fill those slots. On top of that, an additional 263 applications were filed to open marijuana cultivation centers, production facilities, and testing labs.

Applications are being reviewed through November 3 or so, at which point licenses will be rewarded—though these are just provisional: Local and country authorities will have to give out the final licenses before the Nevada dispensaries can really get into business.

There is one caveat worth mentioning here, one potential sticking point for marijuana patients: Currently, patients and their caregivers are allowed to grow their own marijuana, in fairly small doses. That’s going to come to an end in 2016 for those who live close to dispensaries; only those more than 25 miles away will be allowed to keep growing.

We will also provide our standard disclaimer, which is that even Nevada’s relatively accommodating stance toward MMJ does not change the fact that marijuana is illegal under federal law. As always, MMJ patients are urged to be cautious.
At the same time, we will say that this all seems like good news with regard to legal marijuana’s future. Nevada is expanding the parameters of its programs in ways that are sure to be profitable—and you can bet that other states will take notice.