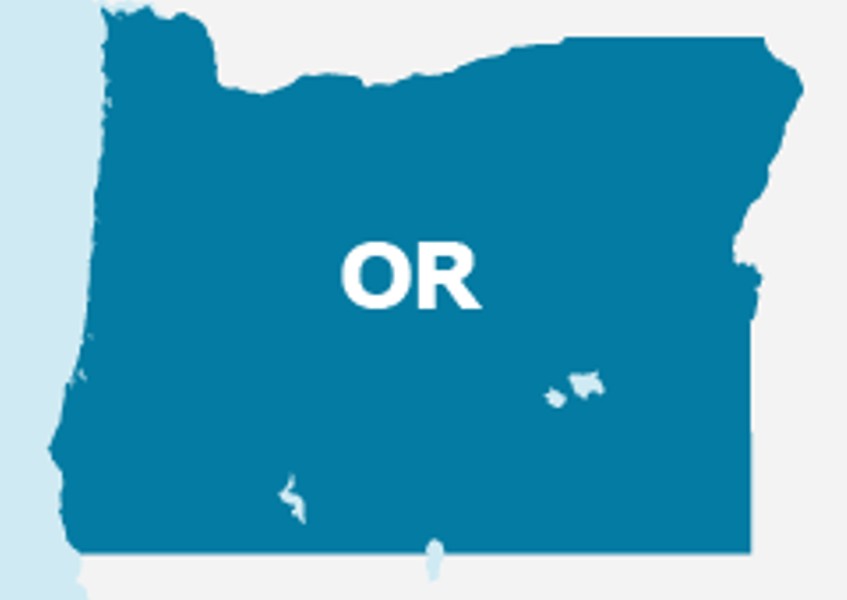 It probably goes without saying that marijuana laws can be pretty complicated. Remember, we are talking about something that has been legalized by nearly half the states in this country, yet remains illegal under federal law. As such, you’d be forgiven for misunderstanding some of the finer points of MMJ law. With that said, Oregon’s MMJ laws are especially convoluted, and becoming more so all the time.
Here’s what we can tell you: This is a state in which medical marijuana is legal, and in fact it has been for some time. Just check out this government website about Oregon’s MMJ program, and you’ll note that the state voted to condone MMJ as far back as 1998! If you’re looking to actually obtain marijuana from an Oregon-based dispensary, however—well, good luck.

A Moratorium on Dispensaries
An article from the local Oregon press describes the current state of MMJ, noting that, in early April of 2014, Oregon City commissioners approved a moratorium on medical marijuana dispensaries—a moratorium that is to last for a full year. The decision was unanimously supported by the five-member commission—but according to the article, “the decision was largely window dressing.” “The city already has an effective, and so far unchallenged, tool that prohibits dispensaries.” More specifically, the city disallows business licenses for any business that’s engaging in activity prohibited under local, state, or federal law—and yes, once again, while Oregon may say that MMJ is cool, the federal government most assuredly does not.

Not Just Oregon City
Sadly enough, for MMJ patients in Oregon, Oregon City is not the only state to impose a similar moratorium. Earlier in 2014, state legislators approved of a bill allowing individual cities and counties to pass temporary moratoriums on dispensaries.
“The law allows a moratorium through April 2015 but local governments must decide by May 1 this year whether to enact a ban,” the article says—and several cities have indeed decided to pass the moratorium. The reason cited by the Oregon City committee is that the availability of MMJ poses a public health hazard, specifically for young people.
An Albany Democrat-Herald article notes another place where MMJ dispensaries are going to be put on hold for a while—Lebanon. The dispensaries in all of Linn County will have until April 30 of this year to sell their inventory, after which their operations will be suspended until May 1, 2015.
“Going Green Compassion, owned by Shawn Aman and his wife, Sarah Whiteley, has operated for a year at 2999 South Santiam Highway. It is the first medical marijuana dispensary in Linn County to be licensed by the state, effective last Friday,” notes the article.
And while it’s disappointing to note that the place is now going to have to put things on hold for a full year, there’s something to savor in Aman’s wonderfully curt response to the commissioners who passed the moratorium: “We can’t educate you. We’ll just have to wait for you guys to die off.”
Aman also said this: “We appreciate the commissioners giving us two weeks to stay open and dispense medicine to our patients and to inform them of the ignorance of old school prohibition politics. It’s downright sad that just three commissioners can put so much undeserved hardship and pain on so many.” To be sure, there are countless MMJ patients in Oregon who would readily agree with him.

Moratoriums Aplenty
So exactly how many Oregon dispensaries have been affected by all of this? So far there remain plenty of cities and counties in which MMJ patients can get what they need, but the list of areas that have imposed these yearlong moratoriums is growing longer all the time. Linn County is the 10th county so far to enact a dispensary moratorium.
“Other counties that have already taken similar measures, according to the Association of Oregon Counties, are Columbia, Deschutes, Douglas, Jackson, Lincoln, Malheur, Umatilla, Wheeler and Yamhill,” the Democrat-Herald article states—and that’s to say nothing of the 70 different cities.
All of this strikes us as a little bit sad—not just because it further muddies the already-murky waters of MMJ law, but also because so many well-meaning dispensaries are going to struggle, and because patients are going to have a tough time obtaining medicine. We have no idea if this one-year suspension will turn into anything more dire, but, based on the general turn of the tide in this country, we suspect the moratoriums like these are going to become fewer and farther between.

Either way, we’ll keep you posted.