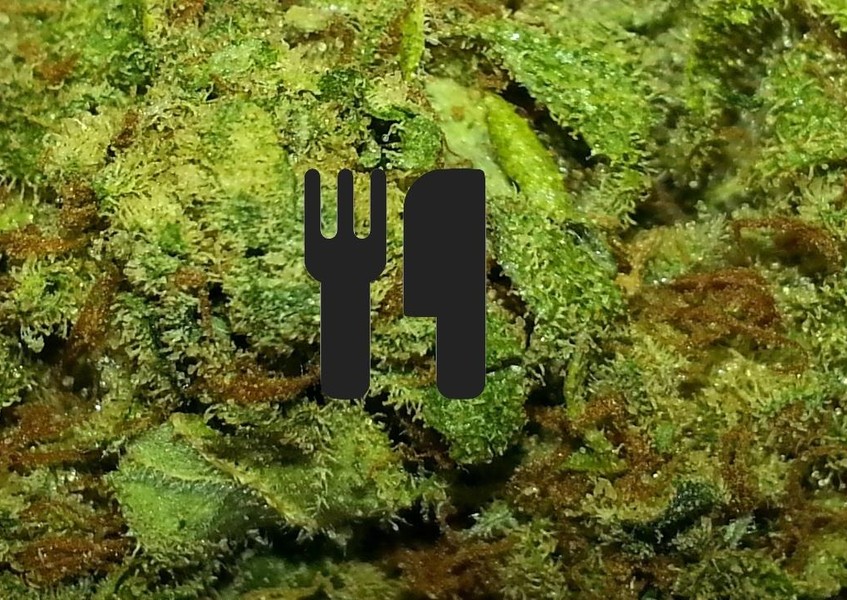 There isn’t an exact science to how different strains of cannabis get their names, nor is there always a great deal of rhyme or reason to it. With that said, though, there are certainly some general trends worth noting, and one of the most significant ones is naming strains after food.

This is a potentially endless list, encompassing a number of the most popular marijuana strains: Gummy Bear OG, Peaches and Cream, Frosted Flakes, Wedding Cake, Fruit Punch Kush, Scooby Snacks, Key Lime Pie—and on and on from there.

Where do these food-related names come from? As you probably could have guessed, flavor has a lot to do with it. If you ever see a strain that’s named after a food, well, as likely as not you can take that as an indicator about what the strain will actually taste like. It’s not always quite so simple, though, so it’s worth investigating a few of these foodie strains, just to see what they’re like and why they came to have their particular names.

We’ll start with Gummy Bear OG. It might seem a little bit odd to think of a marijuana strain that tastes specifically like gummy bears—why not gummy worms, for instance?—and indeed, this is kind of a playful nickname that likely stems from a number of factors. The strain will appear as bright green and orange; it has a sweet, almost candy-like aroma; and it tastes like sugary iterations of grape and strawberry. Factor all of these things together, and Gummy Bear is probably as good a name as any.

It might also be worth noting that Gummy Bear OG is actually a hybrid of Jillybean, Bubbleum, and OG Kush; and that its effect tends to be an instantly energizing one. So again, the candy connection is definitely there.

It’s worth noting that, for all of these strains, there’s a lot more going on than just the flavor. Fruit Punch Kush is a prime example. Yes, as you might imagine, this strain is so named because it has an exceedingly strong fruit punch flavor—but that’s hardly the only factor in its enduring popularity.

It so happens that Fruit Punch Kush has a high THC mark—more than 20 percent, in fact—and it is widely celebrated for its effects in relieving depression, pain, and nausea. The word “Punch” is fitting alone as part of the strain’s name with such powerful effects. It is routinely recommended for those undergoing chemotherapy; for many of these patients, the pleasant fruit punch flavor is merely a nice bonus, hardly the best or only reason to choose this strain.

The list goes on from there. Some of them might be fairly obvious; Key Lime Pie, for instance, is so named because of its strong lime smell and its slightly sour aftertaste. Other foodie names are a bit more esoteric: Scooby Snacks is a strain derived from Dawg Walker and Girl Scout Cookies—get it?

While food-related naming is often a reflection of flavor and aroma, it’s not always a guarantee—so it’s worthwhile to cannabis users to dig a little deeper into strain names.