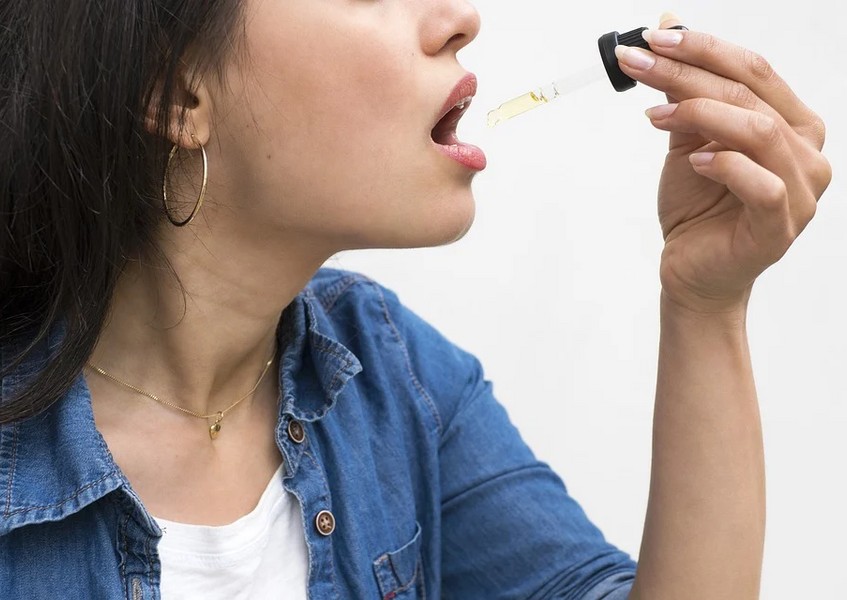 THC and CBD are the most widely recognized components of cannabis, with distinct properties that separate them from one another. But one thing they share in common is their promising ability to alleviate chronic pain. An increasing number of people are turning to these chemical compounds for their various purported health benefits, most notably pain relief, and have achieved positive outcomes.

If you have tried your luck to manage pain, but to little or no avail, then CBD or THC may prove to be a more effective and less potent alternative to traditional medications. But before proceeding, it is essential to know the underlying differences between each compound.

THC (tetrahydrocannabinol) and CBD (cannabidiol) are the two most prominent cannabinoids derived from the cannabis Sativa plant. Despite having similar molecular structures, they have different chemical properties. While both interact with the body’s endocannabinoid system (ECS), CBD and THC have notable differences. The main one is their psychoactive effects on the body.

THC is the predominant psychoactive compound that produces a state of euphoria or the familiar high feeling in the user. CBD is psychoactive, but not to the extent where it causes an elevated state of mind or high that is most commonly associated with THC. It is derived directly from hemp and is better known to relax the body as it does not induce a psychoactive response. Accordingly, many people prefer to use CBD due to its lack of intoxicating effects.

How THC and CBD Benefit the Body

CBD and THC activate the endocannabinoid system and bind with different cannabinoid receptors in the brain that may stimulate or inhibit brain chemicals and lead to certain effects. They share several similar medical benefits and may provide relief from many of the same conditions. An informative blog at mentions that CBD is an excellent therapy option to reduce anxiety and depression levels while helping with other mild everyday issues like insomnia, skin health, and chronic pain. In addition, it may also assist in treating epileptic seizures, Parkinson’s disease, alleviating ALS Symptoms, and easing diabetic complications.

Likewise, THC is also known for its pain-killing abilities for a long time. Besides that, it can treat nausea and vomiting, protect brain cells from damage, and stimulate appetite.

THC and CBD for Pain Relief

More than 100 million people in the United States live with chronic pain, which is also the most leading cause of long-term disability. THC and CBD are two cannabis compounds that are widely credited for having encouraging pain-relieving effects. As both compounds show potential in easing various types of pain, they are widely available online and in brick and mortar stores in the form of tinctures, edibles, gels, gummies, and even vapes.

Several pieces of evidence suggest that CBD can provide substantial benefits for chronic pain. It is believed to be an effective solution to reduce or treat inflammatory pain, such as that caused by arthritis, infection, or an injury. CBD oil and topical products like lotions and creams are increasingly popular today. Research also shows that CBD can be an effective remedy to address symptoms of chronic neuropathic pain, which occurs from damage to the nerves. Owing to its relatively mild side effects, CBD is a viable alternative by some in contrast to other more potent potential pain relievers, like opioids.

On the other hand, THC also provides pain relief as one of its top medical benefits due to its anti-inflammatory properties. It activates cannabinoid receptors in the nerve cells, which reduces the sensation of pain. Several studies have revealed a positive correlation between THC and pain relief. THC can reduce central and neuropathic pain and also pain resulting from cancer, AIDS, and fibromyalgia.

Unlike CBD, THC may also impact the endorphin system, which regulates mood and communication between the nerve cells. Accordingly, it plays a role in reducing the person’s perception of pain, making it less intense and more comfortable to deal with it.

Since THC is widely known for inducing feelings of euphoria or giving a ‘high,’ we can conclude that it is generally more suited to those who want to better cope with pain by taking their mind off it while experiencing relief at the same time. Meanwhile, CBD is more suitable for people who suffer inflammatory pain and want to go about their day with regular mental function.

CBD and THC are two of the most common cannabinoids found in cannabis and have been receiving lots of attention lately for their pain-relieving effects. While both are relatively safe substances when taken at the right dosage, we strongly recommend learning about the potential side effects they may cause. Also, it is crucial to consult with your doctor before experimenting with either chemical to ensure they do interact adversely with other medications you might be taking.