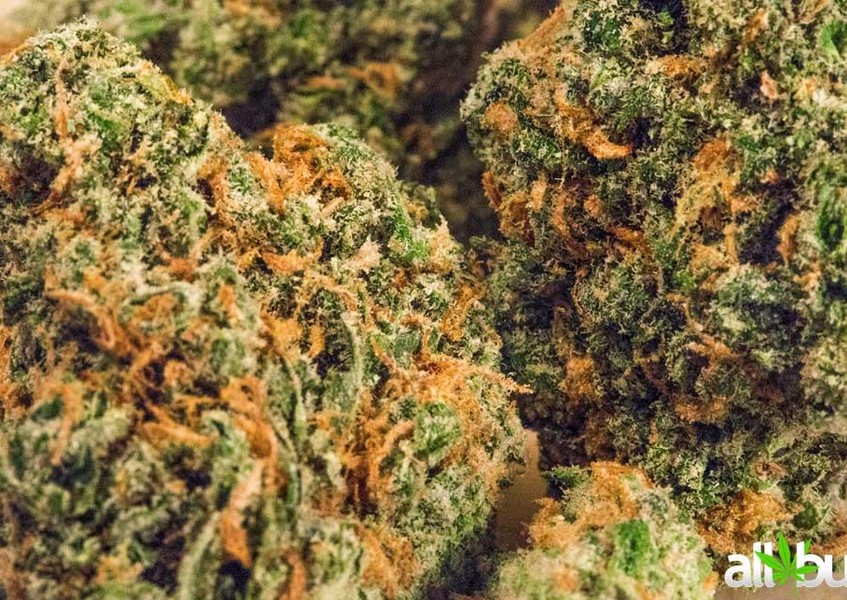 For all the discussion concerning marijuana—discussion about whether or not it should be legalized, for what purposes it should be used, and what effects it has on the human body—a lot of us know surprisingly little about what’s in the stuff. Marijuana’s various effects aren’t rendered through some kind of mysticism or black magic; it’s purely a matter of science, and understanding the chemical makeup of marijuana is imperative for understanding what the stuff truly is.

It Starts with Cannabinoids
Within the cannabis plant there are more than 480 natural components, but the most important ones—the ones you’ll hear the most about—are the ones known as cannabinoids. These are the chemicals that are totally unique to cannabis, and that give it its unique characteristics. There are 66 of them in total, the best known of which is THC, which is the substance that gives marijuana most of its psychological effects.

Does this mean that THC is the only one of the cannabinoids that’s worth acknowledging? Not at all: It is generally accepted that the psychological effects of THC are diluted and shaped by the other cannabinoids. In other words, it’s the mélange of all these different components that makes marijuana what it is.

What Cannabinoids Do
With that said, what exactly do cannabinoids do—and how do they do it? A University of Washington article provides a good overview: “Like opiates… cannabinoids affect the user by interacting with specific receptors, located within different parts of the central nervous system,” the article states. “Two kinds of cannabinoid receptors have been found to date and are termed CB1 and CB2. A substance that occurs naturally within the brain and binds to CB1 receptors was discovered in 1992 and termed ‘anandamide.’ Additional naturally occurring substances that bind to CB1 have since been discovered, and these, together with the receptors are termed the ‘endogenous cannabinoid system.’”

As for the specific psychological effects of cannabis, they depend largely on which areas of the brain the cannabinoids are interacting with. Many strands of cannabis will impact the limbic system, which affects memory, cognition, and psychomotor performance. The mesolimbic pathway is also affected; this is associated with feelings of reward, which partly explains why marijuana use can be so satisfying.

What About Terpenes?
Of course, you may be familiar with cannabinoids already—but what about terpenes? Terpenes are organic hydrocarbons found in a number of plants; when they are chemically modified they are called terpenoids, and terpenoids are essential chemical components for the cannabinoids we’ve been talking about.

Terpenoids are not just found in cannabis but in a variety of plants, and their effects—when ingested—can vary. They can be anti-microbial, anti-oxidant, psychoactive, sedative, and more. They can also sometimes be poisonous; poison hemlock is an example.

There are more than 120 terpenes that are manufactured by cannabis—and incidentally, it’s the terpenes (not the THC) that drug-sniffing dogs can zero in on. A few important examples of terpenes that are found in cannabinoids include:

-       Borneol, which is found not only in cannabis but also in cinnamon and in wormwood. It is known for its calming, sedative, anti-anxiety effects. -       Caryophyllene is found in cannabis but also clove, cotton, and black pepper; it’s a strong anti-inflammatory agent. -       Limonene is found in citrus fruits as well as in cannabis, and has anti-bacterial, anti-fungal, anti-depressant, and even anti-cancer effects. A more complete list can be found at this helpful website.

Harmful Toxins?
While it is clear that cannabis contains a number of helpful, healthy, and natural ingredients, it’s also important to state that it can sometimes prove harmful—or at the very least, that marijuana smoke contains higher levels of toxins than tobacco smoke and other substances. In fact, Science Daily reports a study that finds marijuana smoke being higher in ammonia, hydrogen cyanide, and nitric oxide than tobacco smoke.

Whether the presence of these toxins is outweighed by the presence of health-enhancing compounds is a question worth pondering, though of course, more and more doctors are finding that the answer is a resounding yes. It is also important to note that smoking is not the only way to participate in MMJ use, and that vapors, edibles, and ointments reduce or eliminate these chemical risks.

All of this is really just to say that the chemistry of cannabis is fairly complicated—but it’s worth taking the time to get to know what’s in your MMJ.