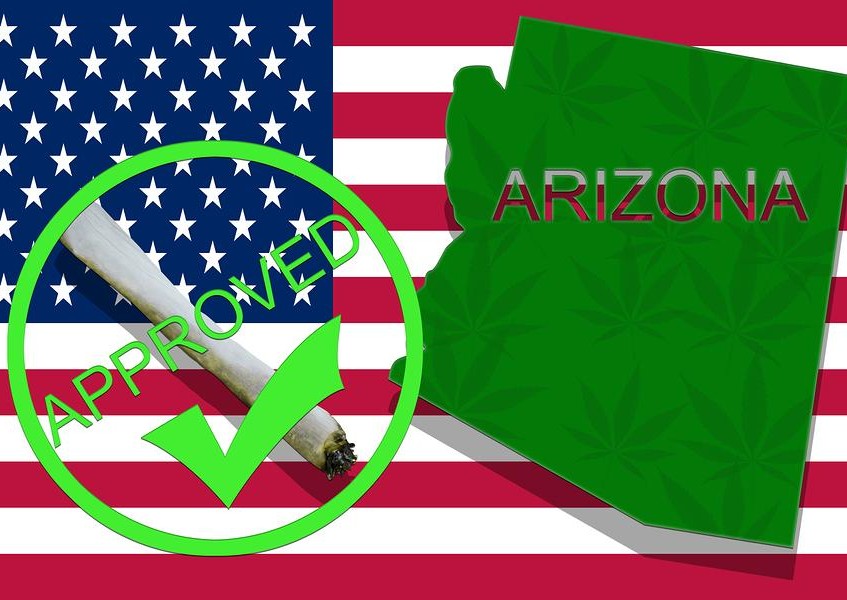 Retirees and other medical patients have enjoyed access to medical marijuana since 2010. But, voters defeated Proposition 205 last November. So, what does that mean for the potential future legalization?

Proponents sought legislation to allow adults 21 and over to possess and use an ounce of dried marijuana. It would also permit possession of five grams of concentrates, and six live plants (with a maximum of 12 per household).

Prop 205 would enable a state office to create, monitor, and regulate retail stores. 259,000 petition signatures put the proposition on the ballot. But, Prop 205 failed 52% to 48%. Only 2%, but it’s a defeat nonetheless when you consider that only two counties approved the prop.

Writing for the Phoenix New Times, Ray Stern quoted J.P. Holyoak, Chair of the Campaign to Regulate Marijuana Like Alcohol in Arizona, “Thanks to the gains we made with the Prop. 205 campaign, we are confident that Arizona will be among the next round of states to end prohibition and start regulating marijuana like alcohol."

Not surprisingly, the overall vote paralleled the vote in the Presidential election where Trump beat Clinton 52% - 45%. Arizona has long voted Republican and conservative, but it’s just as clear the Prop 205 test showed some vote splitting. And, there’s every reason to believe better turnout in at least the university worlds of Flagstaff, Phoenix, Tempe, and Tucson would have made the difference. The pressures of presidential elections will not be present in 2018 bi-elections where turnout remains a concern.

Jonathan Caulkins of Carnegie Mellon’s Heinz School of Public Policy and others feel the propositions lacked focus. To secure a coalition in support, the proposition’s language covered too much territory.

Too much to consider

You can find the full text of the Proposition 205 initiative at RegulateMarijuanaArizona.org and find that the bulk of the content covers rules, regulations, and formation of the Arizona Department of Marijuana Licenses and Control. The copy complicated the public’s perception and gave opponents meat for distraction.

It opened the whole argument on licensing and restriction on business practice and investment. Still others felt the initiative did not do enough to address driving under the influence. These fragments left supporters arguing off topic and outside their expertise.

With pot legal in one form or another in California, Colorado, and Nevada, Arizona borders three models of effective legislation. Without comparable legislation, the state will be left to spend on defense of its borders on three sides. It can only watch tax dollars fly into other state coffers. And, it continues to fight what polls indicate is the growing interest of the American population and at least 48% of the Arizona citizenry.

Outside the anxiety of a divisive presidential election, the big money opponents may lose interest. Certainly, Abramson will have his own issues now that cannabis has some permission in Nevada. Marijuana advocates can better focus their voter campaign if they don’t have to worry about deep pockets.

Arizona State Representative Mark A. Cardenas (D-District 19) has sponsored HB 2002 which NORML describes as an intent to “reclassify minor marijuana possession offenses from a felony to a civil offense, punishable by a fine only — no arrest, no criminal prosecution, and no criminal record.”

Cardenas has also introduced HB 2003 to end the prohibition of adult use of marijuana and establish controls on production and sale. As summarized in The Daily Chronic, a significant difference from the defeated prop would assign governance to “the state’s Department of Health Services, including licensing for pot shops and cultivation facilities” as opposed to creating a new office and bureaucracy. The Cardenas approach puts the debate and decision in the hands of the legislature rather than in the plebiscite created by initiatives.

President Trump’s cloudy policy on marijuana enforcement appears to be in the hands of Attorney General Jess Sessions. They both have friends in high places in Arizona, and when they decide to make marijuana a public issue, it will run counter to marijuana interests there.

If Arizona advocacy can get its act together in time, put all interests on the same page, and write a clear initiative, they stand a real chance on the next attempt to pass legislation.  Writing for News.Mic, Eric Lutz quoted Holyoak’s claim that “pot reform advocates will continue to fight the ‘prohibition’ of marijuana.”