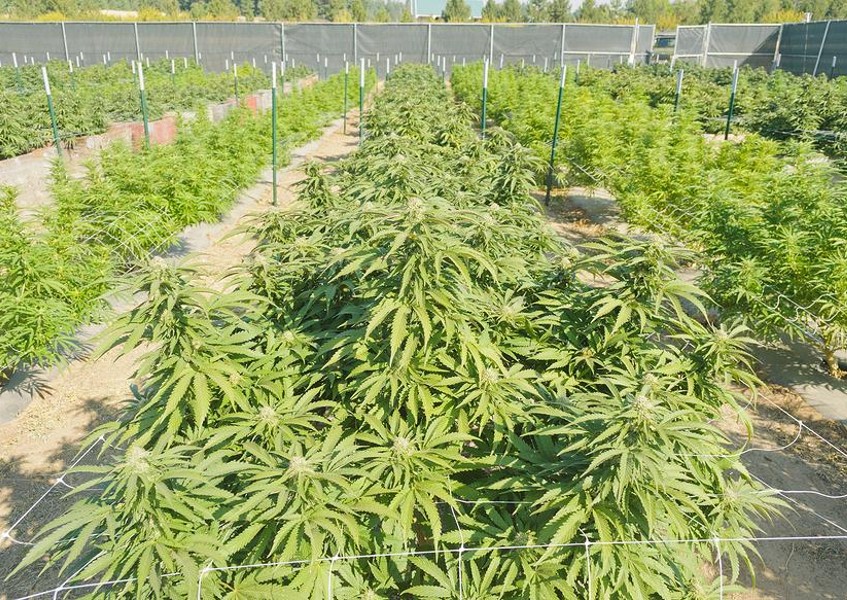 No two growers agree on the best time to grow cannabis outdoors. It’s not surprising. No two growers speak for the same weather conditions, strain choice, or crop size.

When is the best time to grow cannabis outdoors? “It depends,” they say. And, yes, so much depends on so many things. So, here is one good try at making sense of it all.

Available light trumps most other factors. If you’re talking about a few plants in a planter or an acre under cultivation, the availability of consistent light is vital. It can determine plant health, time to flower, and seed to harvest time.

Cannabis plants just love 4 to 6 hours of direct sun throughout the day. It might explain the Jamaican equatorial tradition. It might explain roots in Afghanistan, North Africa, and the Middle East. You must remember that the Silk Road and Spice Route crossed lands with sunny climates.

In the U.S. and Canada, that usually means locating your grow where it has southern exposure. But, depending on your address in North America, you also must consider temperature, humidity, and the amount of light per day.

All these environmental factors urge you to time your cultivation to the seasons, so you will have the right light at the right time in the growth cycle. After all, cannabis grows outdoors in Alaska, Germany, and other cool to cold climates, but it won’t without light.

Timing is the key!

Outdoor growers must understand their local ecosystem. They must study the climate stats for their location over several years. The numbers are not hard to find, but you need to know average temperatures, rainfall, winds, and so on.

With that data as a background, you can calendar the germinating, growing, flowering, and harvesting. And, you must let the sunlight determine the most opportune calendar.

And, timing depends on how you plan to start — with clones or seeds.

If you want to put a date on it, you want the flowering to begin when the cold nights are done. You want to aim for the summer solstice, that is January 21st, the longest sunlit day of the year. That sun lets the plants focus on their flowering rather than growth.

Some cannabis strains grow better outdoors. They have been bred to adapt, survive, and flourish. They are likely to resist mold and humidity and grow well with and among other plants.

Each of these seeds is described in terms of their potential growth size, time to flowering, and weight and quality of the harvested product.

So, if you plant in the spring with a plan to smoke at summer’s end, you must understand what the strain’s genetics have to do with your timing.

In a sense, you can work backward to determine the best time to grow cannabis outdoors. Autumn makes the most fitting sense, especially were later months reduce the sunlight.

If you want to gather your buds in the fall, you must plan a schedule that will put them there when you want. Allowing for the usual three months it takes for flowering to end, you should plant in time for the growth to flourish in early spring and the flowering through the summer.

And, if you choose to plant from seed, you must allow for germinating and growing indoors for 3 to 4 weeks to reach the equivalent of a cloned stage.

The climate and specific ecosystem determine the timing of watering. As a rule, cannabis plants need water daily and nutrients twice a week.

However, the soil, air, and sun determine the watering needs. Some soils absorb water more quickly, and high temperatures dry out the soil and plant. So, if you are raising just a few plants, you can fuss over each and gauge their needs day-to-day.

However, if you have a larger plot or a mixed garden, you’ll want to consider an irrigation system with a timer, programmed to deliver water at best times of the day.

When is the best time to grow cannabis outdoors?

You should create a timeline based on the ecosystem for your area:

Grown outdoors in local soil, healthy plants can grow to 14-feet and spread proportionately. Grown in pots outdoors, plants can be pruned, tended individually, and moved about the plot for the best light.

Cannabis is a perennial plant. But, it is raised as an annual for one growing and flowering season. Plants will live after a harvest, but the quality and ability to flower will suffer. Typically, the plant is raised for one season and destroyed after harvesting.

In most North American locations, that season stretches from May to September. But, the available light will still determine the calendar and cultivation technique.