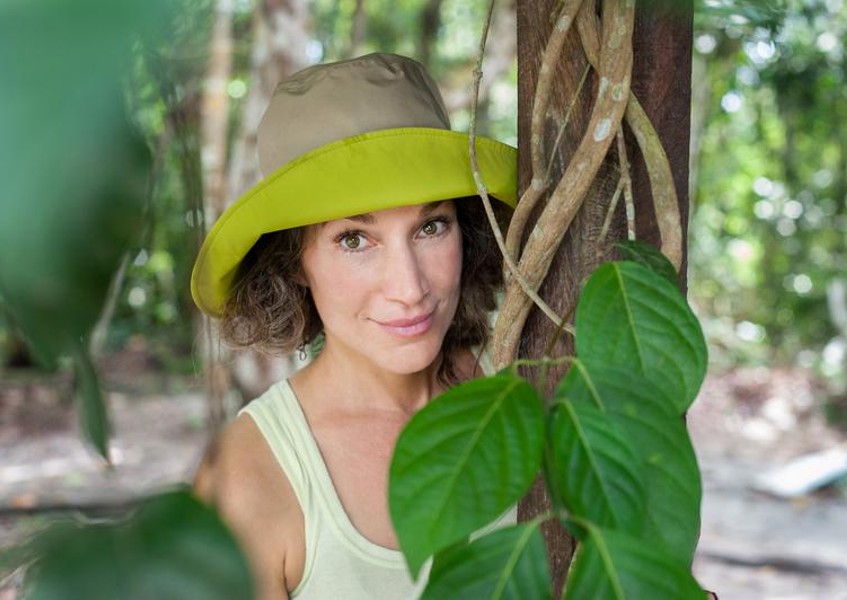 Cannabis has been connected with psychedelics throughout history, and the modern age of cannabis legalization is no different. There is a revolution happening in the United States, Latin America, Australia, Mexico, and other countries across the world and some see it as the Psychedelic Renaissance. Many people are leading the charge for the cannabis revolution, and some of them are also leading the Psychedelic Renaissance this article is about one of those people. Zoe Helene, a psychedelic visionary and leader for womens rights (who also considers herself friends with plants and a worker for plants) started and leads the organization Cosmic Sister. She devotes most of her time to encouraging and defining the Psychedelic Renaissance, cannabis legalization, and womens rights and knowledge across the planet.

What is the Psychedelic Renaissance?

When most of us think of psychedelics, we think of the 60s, or that time we went camping in Colorado and ate mushrooms. For many people, psychedelic experiences are centered on LSD, mushrooms, or MDMA ingestion at parties or social events that allow us to temporarily (or permanently) expand our minds, consciousness, and perceptions. According to Zoe Helene, a born-and-raised feminist, writer, and activist, whats happening now with the legalization of cannabis and interest in expanding life experiences with mind-altering plants is the Psychedelic Renaissance. The psychedelics we are referring to include cannabis, ayahuasca, psilocybin, peyote, and other natural plants and fungi which induce hallucinations, expanded consciousness, and universal knowledge. As Zoe Helene states,

Psychedelic sacred plant spirit journeying is inherently about breaking through self-destructive narratives, letting go of behavioral programming that no longer serves us (and maybe never did), forgiving others and ourselves, experiencing life-changing paradigm shifts, and working through issues such as trauma, depression, anxiety, anger, fear, addictions, and low self-esteemits also about the positive human experiences of inspiration, insight, revelation, and reconnection with love, nature, and community.

In other words, psychedelics including cannabis can help people with mind-body-spirit healing and emotional issues, and destroy social and structural concepts holding people back from being who and what they most desire. Psychedelics suggest a solution to these issues that may not be obvious to those unfamiliar with cannabis. The Psychedelic Renaissance partakes of medicinal plants to address, reduce, or delete negative issues, ideas, and concepts temporarily or forever. In the case of cannabis, the reduction of PTSD symptoms, self-hatred, disappointment, frustration, and social and mental anxieties can help people of all ages not to mention the many other health benefits for people and animals who suffer from epilepsy, cancer, autism, and Alzheimers.

Zoe Helene is an enthusiastic, delightful, engaging woman who had her first psychedelic experience with cannabis. She only realized cannabis was a psychedelic when she considered it in light of her ayahuasca journeying. Ayahuasca, in case you are not familiar with it, is a powerful hallucinogenic blend of at least two plants native to the Amazon: the ayahuasca vine and the chacruna leaf. Navigating the psychedelic state that follows is part of the educational goals of Cosmic Sister, and can be an extraordinary, life-changing experience, according to Zoes upcoming article in LA Yoga. Zoe advocates for all plants, in particular healing and psychedelic plants which offer insight into true human nature, belief-systems, and callings in life. As a child, Zoe marched with her mother in the 1970s womens rights movements, and held National Organization for Women (NOW) meetings in her own home. As Zoe puts it, I was brought up to be the best person I can be and taught to leave the world a better placewhich as a woman inevitably means being a feminist because any smart, inspired, self-respecting female figures out pretty early on that something is terribly off about the gender power balance in our culture and this is deeply ingrained in family structures, educational institutions, businesses, politics, and law.

Zoe Helene practices psychedelic feminism through altered states of consciousness and believes psychedelics allow women to access, identify, and express disempowerment and suffering brought on by root cultural causes. Journeying with sacred plants can help men and women make sense of the wounds and programming that hold us back so we can make healthier choices.

Cannabis: Ambassador for the Psychedelic Renaissance

The current cannabis revolution in the United States and other countries is a worldwide response to the search for higher meaning in life; shared, positive experiences; and alternatives to current Western medicine practices and ways of life that are not sustainable personally, spiritually, or physically. The current outpouring of love for cannabis and discoveries happening concerning its use are similar to the 1960s psychedelic revolution, and Zoe Helene believes that cannabis may lead us toward the legalization of other psychotropic, medicinal plants in the future. Peyote, cannabis, psilocybin, and mescaline are all naturally occurring in nature; it seems against common sense to outlaw these plants, as theyve been available to humans for enlightenment throughout our existence. Cannabis has always been a part of many indigenous Americans lives, cultures, and experiences; the arrival of Europeans and Eurocentric ideas may have dampened its participation in their daily lives, but its influence, beauty, and healing powers have never disappeared. This resurgence in cannabis appreciation and desire for knowledge happened despite decades of wars on drugs, misinformation and propaganda in the last century, and demonization of plants that can help us heal and envision a brighter, happier future for ourselves. Through cannabis and other psychedelics we may just get to know ourselves better and have more compassion for each other.

Men and women are all caught in cultural and societal trappings, but Cosmic Sister has created a space for women specifically to freely redefine cultural and gender biases. When I asked Zoe Helene why cannabis and psychedelics were feared and illegal in many countries, she responded that people forbid others from self-exploration as a method for controlling them, and controlling their actions, words, and belief systems. Free thinkers are in demand in US society today, but the problem ...