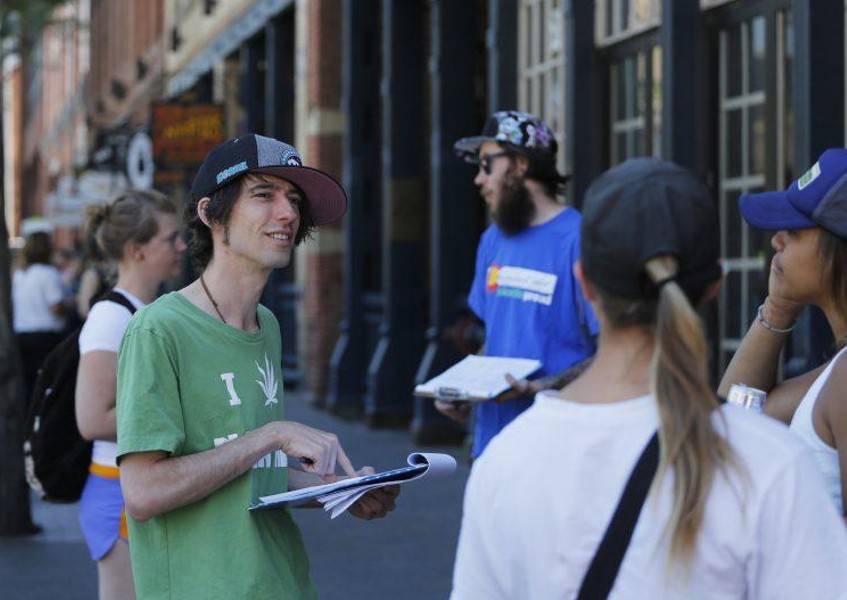 By David Eggert, The Associated Press

LANSING, Mich. Advocates of legalizing recreational marijuana use cleared a procedural step Thursday and will quickly begin collecting signatures needed to send the bill to lawmakers and potentially voters.

The Board of State Canvassers approved the form of the groups petition. The ballot committee must gather about 252,000 valid voter signatures within a six-month period to submit the bill to the Republican-led Legislature.

Lawmakers likely would not act on the marijuana measure and instead let it go to a statewide vote in November 2018.

A new ballot committee, Keep Pot out of Neighborhoods and Schools, emerged Thursday to oppose the drive organized by the Coalition to Regulate Marijuana Like Alcohol, whose backers include marijuana advocacy groups. Spokesman Chris De Witt declined to say who is behind the opposition group and said law enforcement officials ultimately could join.

Now is not the time for the recreational use of pot to be foisted upon Michigan and this proposal definitely puts our kids at risk, the committee said in a statement that cited flaws in the initiative such as unchecked marijuana growing in homes.

Proponents say allowing the recreational use of marijuana Michigan already allows its use for medical reasons would boost tax collections, help the industry and save some of the money spent incarcerating people for marijuana-related crimes. They began circulating petitions immediately.

Under the legislation, adults ...