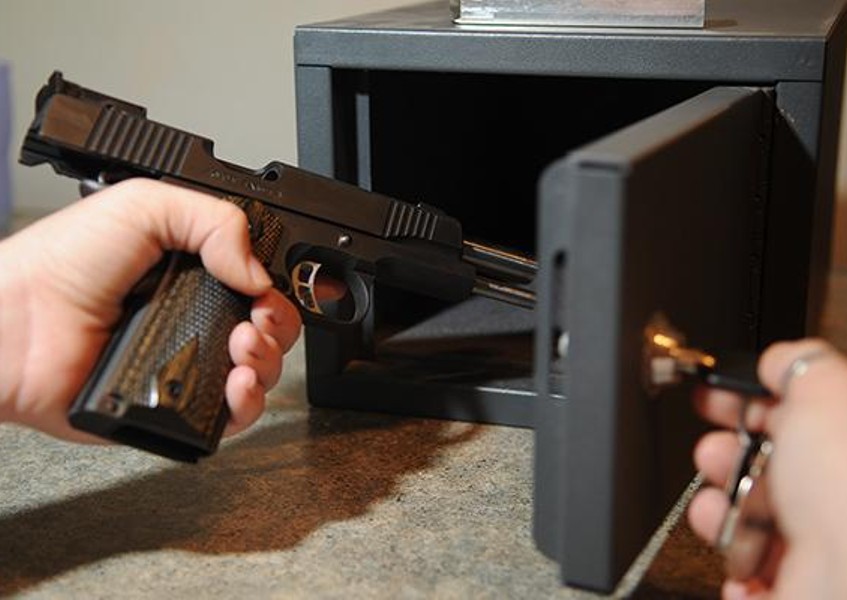 Honolulu police have issued letters to medical marijuana patients telling them that it was illegal to possess guns.

With 350 million firearms of various caliber and magazine size floating around America, it appears that the government has little interest in taking our guns away.

There are so few instances of the government seizing the firearms of American citizens, that in order to round outan 8 times the government took your guns listicle,the magazine Guns and Ammohad to reach all the way back to the Battle of Athens, Tennessee in 1946. By and large, the federal government is doing its job to follow the Second Amendment except for when it comes to medical marijuana patients.

As Leafly News reported, just three months after dispensaries opened for business in the state, the Honolulu police department recently sent letters to patients in the states medical-marijuana patient registry ordering them to voluntarily surrender their guns and ammunition within 30 days, or face some consequences.

Turns out the Second Amendment to the Constitution has an exception for anyone addicted to drugs. Cannabis patients arent all necessarily addicted, of course, but for the purposes for possessing a firearm this semantic doesnt matter.

Any unlawful user of a controlled substance is not eligible to own a firearm, the Bureau of Alcohol, Tobacco, and Firearms (ATF) declared in a 2011 open letter. Since cannabis is a Schedule I substance, anyone using it is thus violating federal law. Therefore, the ATF wrote, any person who uses or is addicted to marijuana is prohibited by federal law from possessing firearms or ammunition.

As bizarre as this Constitutional carve-out is in the era of widespread marijuana legalization, when a vast majority of Americans and a majority of often gun-loving Republicans support legal cannabis, it is the law and it survived a court challenge at the U.S. Ninth Circuit Court of Appeals.

According to the Honolulu Star Advertiser, 30 medical marijuana patients in Oahu received letters telling them to surrender their firearms in November.

In this case, Ballard cites not federal law but state law and, as Leafly reported, this appears to be the first instance in which a state agency has cited state law to seize firearms from state-legal cannabis users though the argument and the result is the same, no matter which law is cited.

In theory, every marijuana user in the country could have their guns taken away, but Hawaii presents a unique opportunity. In other states, cannabis patients are able to wield weapons freely, because most states do not have a functional database of gun owners.

As Leafly noted, Hawaii is unique in that it keeps electronic ...