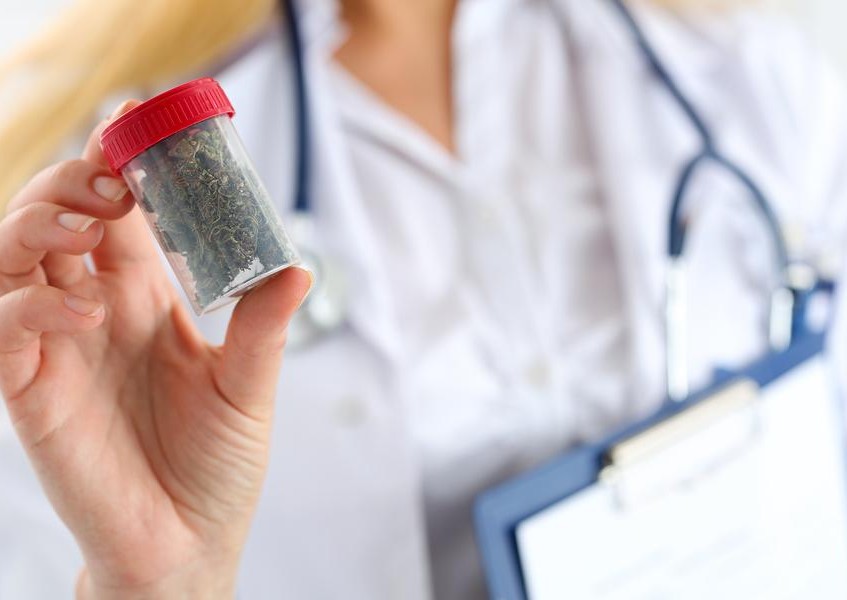 Preventative care may be one solution to the escalating costs of healthcare. The strategy is to get ahead of illness, preventing sickness and injury in advance. The tactics pursued in preventative care include immunizations, diet, and routine screening tests.

Studies by the Partnership for Preventative Care find, “preventative services are grossly underused, with racial and ethnic minorities receiving the least number of preventative care in the United States. After studying the top 12 preventative care services, the authors concluded that if Americans began to utilize any five of them, up to 100,000 lives could be saved in just one year.”

But, what role can cannabis play in preventative care?

1. Analgesic effect: Cannabis has proven anti-inflammatory qualities. Given that inflammation is the source or symptom of countless medical problems, cannabis offers a real alternative to potentially damaging prescription and over-the-counter remedies.

Different strains perform differently on various conditions in varies patients. But, you can find a balance of THC and CBD that works best for you. They mitigate or eliminate cellular inflammation by interacting with the complex and widespread Endocannabinoid System (ECS).

2. Anti-emetic: Cannabis affects the smooth muscle tissue of the digestive system. Its natural influence on the muscular movement throughout the system reduces nausea and vomiting.

Cannabis stimulates the flow of anandamide, a fatty acid neurotransmitter known as “the bliss molecule.” Among its other functions, anandamide modulates digestion and the metabolic system. And, it has been used successfully to reduce nausea and vomiting in patients in therapy for HIV/AIDS or going through chemotherapy.

3. Glaucoma: People suffering from glaucoma often face blindness as the fluid pressure builds in the eyeball to damage the optic nerve.

The American Glaucoma Society acknowledges, “It has been definitively demonstrated, and widely appreciated, that smoking marijuana lowers IOP [Interocular Pressure] in both normal individuals and in those with glaucoma, and therefore might be a treatment for glaucoma.” They go on to point out that the effects of smoking marijuana only last three to four hours, but cannabis is now available in edibles, oils, and beverages that do not risk the negatives of smoking.

4. Anxiolytic: THC induces psychoactive events which can be disturbing and paranoiac. But, CBD has much the opposite effect. It soothes, calms, and tranquilizes.

Researchers believe CBD has an “entourage effect.” Unlike THC, it does not directly affect neural receptors. But, it works indirectly by modulating dopamine, serotonin, and cortisol. Recent studies find cannabis can relieve even the stress associated with PTSD.

5. Stroke: The American Council on Science and Health has concluded that frequent cannabis smoking may lead to ischemic stroke. But, the report also admitted that the results were flawed because most of the cannabis smoker studied were also tobacco smokers.

However, the Journal of Cerebral Blood Flow & Metabolism concluded that cannabinoid therapy reduced the amount of the brain cells that were injured during stroke. The testing indicated that “cannabinoids serve as a neuroprotectant and may even stimulate the growth of brain cells in areas of damage or disease.”

6. Tumors: Cannabinoids help prevent the growth of cancerous tumors. The American Cancer Society says, “More recently, scientists reported that THC and other cannabinoids such as CBD slow growth and/or cause death in certain types of cancer cells growing in lab dishes. Some animal studies also suggest certain cannabinoids may slow growth and reduce spread of some forms of cancer.”

Cannabis is anti-proliferate halting the growth of malignant cells. It also prevents cells from metastasizing (i.e., moving from one part of the body to another. And, it cuts off the food supply to cancerous cells and triggers apoptosis (i.e., cancer cells fill themselves).

7. Dementia: Alzheimer’s Disease is a chronic neurodegenerative disorder associated with aging. But, cannabis-derived compounds slow the advance of the disease and improve the associate symptoms.

Alzheimer’s remains a mystery, but a buildup of plaque in and among the brain cells appears to be the cause. Specifically, something in the cannabis relieves the accumulation of amyloid protein. Cannabis works with the human endocannabinoid system to prevent buildup and inflammation within the brain cells.

8. Osteoporosis: THC and CBD help the process of bone metabolism. Their chemistry manages creation of new bone and cartilage cells to prevent or forestall osteoporosis and osteoarthritis.

The Annals of Medicine studied how the cannabinoids in cannabis interacted with CB2 receptors to stimulate bone formation and inhibit bone resorption.

9. Skin Damage: Cannabis has the anti-inflammatory benefits explained earlier, but it also has antioxidant powers that work transdermally. Creams, lotions, topicals, and makeup derived from cannabis will fight wrinkles and dry skin.

Cannabinoids-infused suntan lotions block the UVB rays that damage the DNA of skin cells. Combined with SPF 50 factors and fragment emoluments, cannabis tanning lotion needs the research denied by regulation. But, it does attract those who favor anything and everything green.

Preventive care has long been used to identify the precautions advised to stay ahead of disease and injury. It’s a form of risk management to recommend periodic pap smears and breast x-rays for women and prostate tests for men.

Preventative care uses similar tactics. But, it has come to apply to holistic healthcare that prevents and forestalls medical conditions through a continuing and focused approach. Preventative care trusts supplemental, natural, and organic treatments in a combined effort to avoid and manage body, mind, and spirit.

Cannabis in all its complexity offers preventative and mitigating options in several modes, from smoking to eating to application.