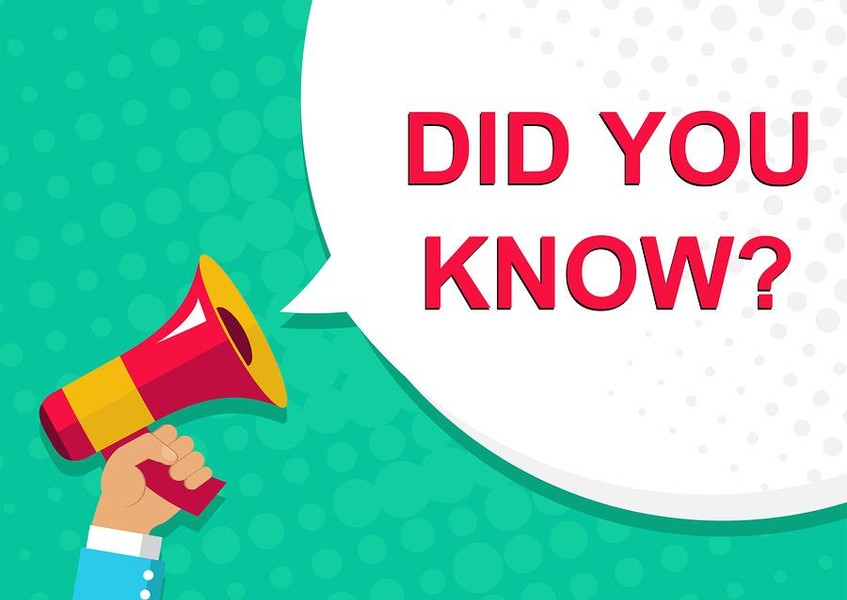 #1: The Legality of Cannabis

It is essential to be aware of the legality of cannabis in the state, province, and/or country you reside in. For example, in the United States, on a federal level, cannabis is classified as a Schedule I substance along with heroin, meaning that it does not have any medicinal benefits. However, more than half of the U.S. states have implemented medical cannabis programs in addition to eight states and the District of Columbia operating successful recreational cannabis programs.

#2: The Components of the Cannabis Plant—THC, THCA, CBD, CBC, and CBN

All cannabis supporters should know the specific components within the cannabis plant. Each component of the cannabis plant is unique, and each of them hold a significant purpose. For example, Tetrahydrocannabinol or THC, is the psychoactive part of the plant that produces a euphoric, cerebral “high” feeling. Whereas, CBD is non-psychoactive and does not produce a “high” feeling, but rather it is meant to provide users with only the medicinal benefits and properties CBD contains.

Beyond the cannabis plant components, there are three main strain types that are derived from the cannabis plant, which include Indica, Sativa, and Hybrids. Indica strains are typically known for their physically sedating and relaxing effects, and they are ideal for treating insomnia, PTSD, muscle aches/pain, nausea, and other medical diseases or conditions that require an appetite stimulant.

Oppositely, Sativa strains are typically known for their invigorating, energetic, and/or uplifting cerebral effects that go hand in hand with creative projects, social gatherings, and/or forms of physical activity. Generally, Sativa strains are great for increasing focus, concentration, and creativity in addition to providing users with an elevation in mood. Hybrid strains typically fall in the middle of the Indica-Sativa spectrum, and they can be classified as a happy medium depending on the traits they inherent from their parent strains.

#4: Purpose of Cannabinoids and the Endocannabinoid System

Endocannabinoids are the substances our bodies naturally make to stimulate these receptors, and so far, researchers have defined two cannabinoid receptors including CB1 and CB2, which are each linked to a different action. Overall, a functional cannabinoid system is essential for health, and according to NORML.org, many doctors believe the endogenous cannabinoid system is the most important physiologic system involved in establishing and maintaining human health.

Recently, as more states have begun legalizing cannabis on either a recreational or medical level, multiple forms of cannabis have emerged. Rather than just smoking or vaping the traditional flower and bud part of the plant, cannabis can be consumed orally through the following techniques: Ingestible THC and CBD oils (a happy medium between edibles and concentrates), tinctures (liquid cannabis extract intended for dosage control and fast-acting effects minus the risks of smoking), and a wide variety of CBD and/or THC infused food and beverages (edibles).

The three basic cannabis delivery methods consist of inhalation, oral, and topical. The inhalation methods consist of either smoking or vaporization, and each of these methods provide unique experiences while also influencing the grade of inhaled smoke. However, the topical method is different because it utilizes the full cannabis extract, which is the thick oil that has been decarboxylated to activate the cannabinoids, and once these cannabinoids are activated, they can be absorbed into the user’s skin.

Something to keep in mind though is that the topical effects differ from other medicating methods since it does not provide the cerebral stimulation or the “high” feeling. But, topical usage is an ideal method for people who need localized pain relief such as those suffering from arthritis, multiple sclerosis, and/or other skin ailments/diseases.

Cannabis supporters should be well-aware of the rules on the road regarding consumption. By law, an individual cannot consume cannabis and then operate any sort of vehicle. This law falls under the same rules of the road regarding alcohol consumption and the usage of other recreational drugs. Consuming cannabis before or while driving is illegal, and it can result in a DUI regardless if the individual has a medical card or not.

Although recreational and medical cannabis programs exist, only those over the age of twenty-one can purchase cannabis on a recreational level. However, an underaged individual or child can attain a medical cannabis card if their doctor approves of it and if that individual has a designated caregiver who will purchase the medicine for them. Also, something else to be aware of is that when purchasing cannabis, there is a certain amount of taxation that is added onto the purchase, and that amount varies depending on which state the cannabis is bought within.

Lastly, all cannabis supporters should know or at least be aware of how many wonderful benefits and positive aspects cannabis can provide people with. The potential of this miraculous plant can be overwhelming, but the components of it contain significant purposes such as cannabinoids’ antioxidant properties, which protect the cannabis leaves and flowering structures from ultraviolet radiation.

Overall, when it comes to the treatment of various diseases, conditions, and/or debilitating illnesses, people just want to feel relief and experience a better quality of life. Thus, rather than taking harmful pharmaceutical drugs/prescriptions, people have been putting more effort into demanding safe, natural, and inexpensive treatment. There is one clear solution to the many problems people experience, and that solution is the natural herb that has been used for thousands of years—cannabis.