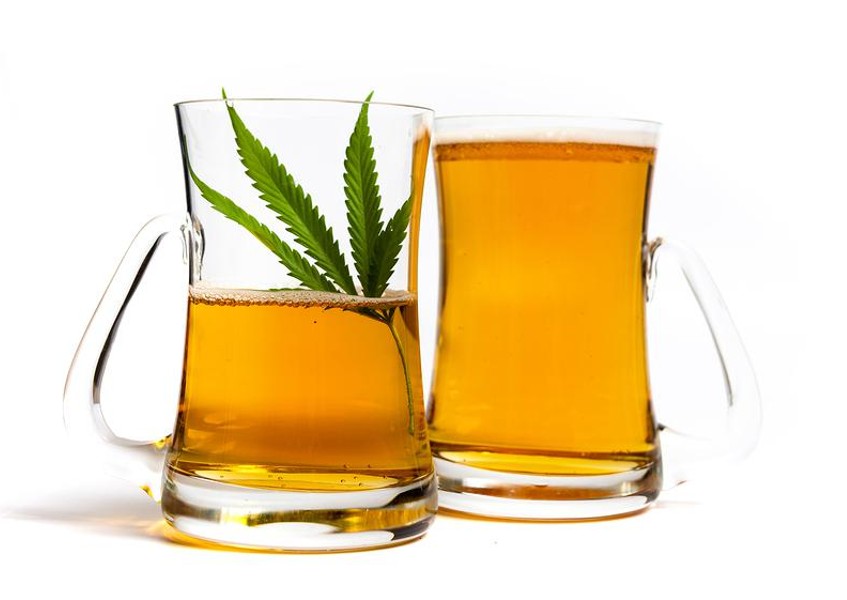 Alcohol is legal — even where cannabis is not. It’s pretty absurd when you consider how much safer cannabis is. Erin Brodwin, writing for Business Insider, says, “When it comes to addiction profiles, risk of death or overdose, and links to cancer, car crashes, violence, and obesity, the research suggests that marijuana may be less of a health risk than alcohol.”

There’s much more to it. Alcohol has been legal for some time, and before and after Prohibition, advocates and opponents have zoomed in on every statistic reported. But the track record on cannabis does not compare in quantity or quality. Given what we do know, we can infer cannabis is safer than alcohol.

1. Death: Lancet published a study sponsored by the Bill & Melinda Gates Foundation concluding, “Alcohol use is a leading risk factor for disease burden worldwide, accounting for nearly 10% of global deaths among populations aged 15–49 years, and poses dire ramifications for future population health in the absence of policy action today.

Statista does report, “Deaths related to cannabis use in England and Wales amounted to 22 in 2018.” However, these deaths are not from overdosing. Even the one reported death of a 39-year old woman has been a controversial decision; that is, the woman had a high level of THC in her toxicology exam, but she also had pre-existing respiratory problems. And, a single death out of 250 million cannabis users does not increase the risk in cannabis.

2. Addiction: Alcohol releases the dopamine and endorphins that trigger feelings of satisfaction and pleasure. In some people, this also stimulates desire centers that become addictive. Alcohol may alter brain systems ruling decision-making and impulse control increasing a sense of need to reach or enhance the stimulated experience.

Cannabis use is not addictive in the same sense. There is not enough research to analyze its influence in humans over time. However, chronic use of cannabis may indicate CUD (Cannabis Use Disorder). According to the Diagnostic and Statistical Manual of Mental Disorders (5th-edition), “Substance-use disorders are patterns of symptoms resulting from the use of a substance that you continue to take, despite experiencing problems as a result.” Cannabis use behavior can be abused, but that doesn’t constitute addiction.

3. Depression: Depressed people drink to reduce their depression and feel better. This self-medication can worsen depression and/or lead to suicide. Alcohol, of its nature, is a chemical depressant, and the worsened depression may lead to excess or prompt use of drugs which can be fatal in combination.

However, the University of Washington reports, “The two primary active ingredients of marijuana, THC and CBD, appear to have antidepressant-like effects in animal models at certain doses but not others. While a slight majority of MM [medical marijuana] users report using marijuana for depression and generally find it helpful for that purpose, some evidence suggests that reductions in marijuana use by those with depression may actually reduce depressive symptoms.” The results on humans are affected by many complex factors, but you can infer some anti-depressant benefit.

4. Inhibitions: A few drinks may seem uplifting and fun. But alcohol is deceptive. The change in mood will lead to poor decision-making in the same brain centers that triggered the mood change. As those inhibitions disappear, restraints on sexual, suicidal, and/or violent behavior disappear, too.

Cannabis will not improve your sex life. Modest use may relax you enough to be more comfortable with a partner or willing to explore sexually. But if you use enough to be stoned, any sexual prowess is a legend in your own mind.

Cannabis, however, is an antioxidant that may improve memory and brain health.  protecting the brain and nervous system from stress-related damage. A review in the British Journal of Pharmacology confirms “the cannabinoid system is intricately associated with neuronal differentiation and maturation of NPCs [Neural Progenitor Cells] and highlights intrinsic/extrinsic signaling mechanisms that are cannabinoid targets.”

6. Cancer: This has been a strong correlation between alcohol use and the risks of cancers of the mouth, upper throat, esophagus, larynx, breast, bowel, and liver. Alcohol use is often connected with tobacco smoking only to exacerbate the risks.

Inhaling any foreign substance poses some risk over time. Moderate to heavy smoking of cannabis can lead to or aggravate respiratory or asthmatic conditions. The American Cancer Society notes, “THC and other cannabinoids such as CBD slow growth and/or cause death in certain types of cancer cells growing in lab dishes. Some animal studies also suggest certain cannabinoids may slow growth and reduce spread of some forms of cancer.” And, cannabis derivatives have been prescribed for reducing pain, nausea, and vomiting related to chemotherapy.

7. Digestion: Alcohol wreaks havoc on your digestive system. It will cause heartburn by interfering with the separation of esophagus and stomach. Alcohol alters gastric acid flow and impairs the soft muscle movement throughout the small and large intestines. And, it inhibits adsorption of nutrients while stressing the liver.

Cannabis and cannabis derivatives have been recommended as anti-emetics. That is, they have been known to reduce nausea and vomiting in patients enduring chemotherapy and to improve appetite in those in therapy for HIV/AIDs. Additional studies are underway to examine how cannabis’ anti-inflammatory properties might help with Chron’s disease and Irritable Bowel Disease.

The effectiveness cannabis and cannabis derivatives have shown in calming spasms in cases of the most recalcitrant forms of pediatric epilepsy suggest the potential for more extensive development and use.

9. Social cost:  The Washington Post covered CDC calculations of the impact of alcohol on the U.S. economy at $249 billion a year. That includes:

Cannabis and the cost of any negative social impact been measured adequately and will not produce statistically significant data for some time.

It’s much more than your guess; the history, science, and numbers support cannabis. That’s not to say any intoxicant may not be overused. Mild to moderate use of alcohol or cannabis seem to present no threat for most people. And, any user with pre-existing conditions should be selective in their use.