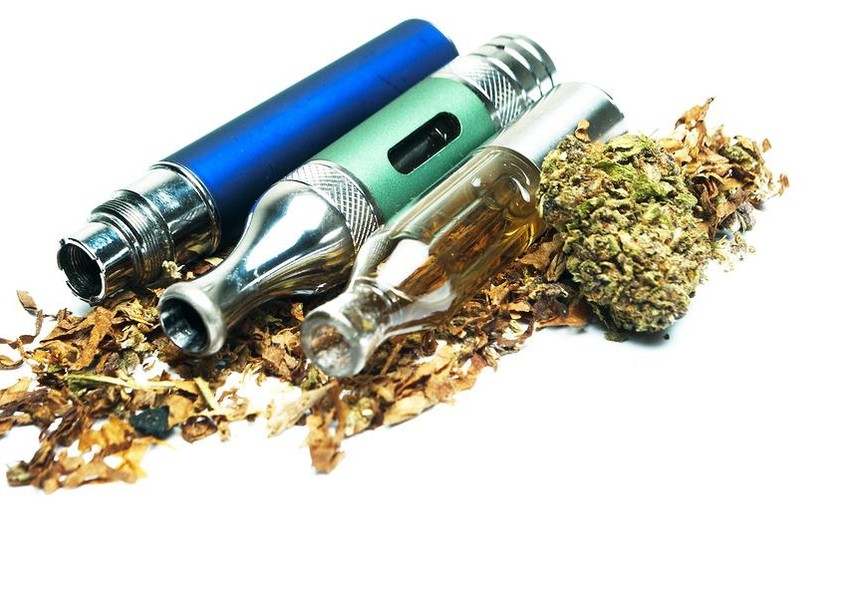 Getting healthy and fit can be one of the most difficult but rewarding tasks you will undertake in life. However, by making changes to your daily routine and cutting out bad habits, you can improve your success rate tenfold. Quitting smoking is one of the most common problems people have to deal with on their fitness journey. Stopping entirely is almost impossible for most, but now with the rise of popularity of portable vaporizers fitness fanatics now have better, healthier smoking alternatives.

A recent study has shown that e-cigarettes and vaporizers are 95% less harmful than tobacco cigarettes and are therefore an excellent choice in helping tobacco smokers to quit. Whether or not you use a dab pen or a standard portable vaporizer, your vape is now considered to be much healthier than standard cigarettes. Some are even advocating for dry herb vaporizers to be part of healthcare programmes to help tobacco smokers quit as well as to be used for medicinal purposes.

So, how is vaping healthier than smoking? Here are just five reasons why it may be time to give up the cigarettes with dab pens and vaporizers.

Five Reasons Why Vaping Is Healthier Than Smoking

1.  Vaping Lowers Your Risk of Cancer

Scare-mongering articles in the press have reported that dry herb vaporizers actually have more carcinogens (cancer-causing agents) than tobacco. This is false. After some researchers found considerable amounts of the carcinogen formaldehyde in some vaporizers, they reported that e-cigarettes were extremely unsafe. In actuality, the cause of these high levels of carcinogenic agents was due to overheating vapes.

If a vape is safely manufactured and used responsibly, this is definitely not the case. As well as the low levels of the carcinogen formaldehyde, there are reportedly much lower levels of the chemical associated with lung cancer, acrolein, in dry herb vaporizers. Make sure to buy dab pens and vaporizers from trusted sellers who can prove they conform to all of the necessary health and safety requirements,

Inhalation of carbon monoxide (CO), a substance in all tobacco cigarettes, can have extremely harmful effects on your respiratory system. This is because CO binds much more quickly to red blood cells than oxygen does, allowing CO to take the place of oxygen on the cell, and speedily gets transported into the bloodstream.

Meanwhile, portable vaporizers contain no CO. Since the incomplete burning of substances produces CO, and since vapes use a vaporizing system rather than burning substances, there is little risk of CO poisoning when smoking e-cigarettes.

Furthermore, the risk of CO is reduced when using a dab pen vape to smoke cannabis, as it is much safer than using a dab rig to do so which would require burning wax and inhaling the toxic fumes.

Fewer and fewer people are walking into their surgeries with rotting, blackened teeth from a lifetime of tobacco smoking. Dentists today are all taking a sigh of relief due to the rise of vaporizers. While there is currently little research on their oral benefits, they clearly won’t have the visibly negative impacts on dental hygiene that standard cigarettes do, since e-cigarettes don’t produce tar.

In addition, we can reiterate the point here that using dry herb vaporizers reduce the risk of cancer, as some dental researchers believe they will reduce the problem of oral cancer. Some other dental researchers are also discussing what the impact of implementing vaporizers s as a ‘harm reduction’ strategy for their patients who have failed to quit tobacco smoking in the past.

4.  Vaping Lowers Your Risk of Damaging Others’ Health

Passive smoking of portable vaporizers is considered much less dangerous than the second-hand smoking of tobacco. As no burning is required to vape, no smoke is released – only vapor. As a result, the lack of carbon monoxide and other harmful chemicals released from the vape make it a much healthier choice for communities.

If you want to avoid harming the loved ones in your home, vaping is the way forward. Since tobacco smoking is known to release at least 70 carcinogens, the addictive nicotine substance, the oxygen-starving carbon monoxide, and the less pleasingly flavourful smell of a dry herb vaporizer, your family and friends will surely be thankful you made the switch.

5.  Reduces the risk of fire

According to a report published by the BBC in 2011 almost one third of all fatalities by fire are as a result of cigarettes. Dry herb vaporizers eliminate the need for combustion, thus preventing the chances of fire related fatalities. Not only can cigarettes cause fatalities, they can cause damage marks to clothing and furniture and leave an undesired smell. Dry herb vaporizers are a safer, more efficient method of consuming your desired herb or oil product.

While much more research on the medicinal impact of dry herb vaporizers needs to be completed, the research available so far reflects positively on the use of vapes. Apart from the ethical worries that vapes may inadvertently encourage more smoking, it is clear they can definitely offer pre-existing nicotine addicts a safer and healthier solution.