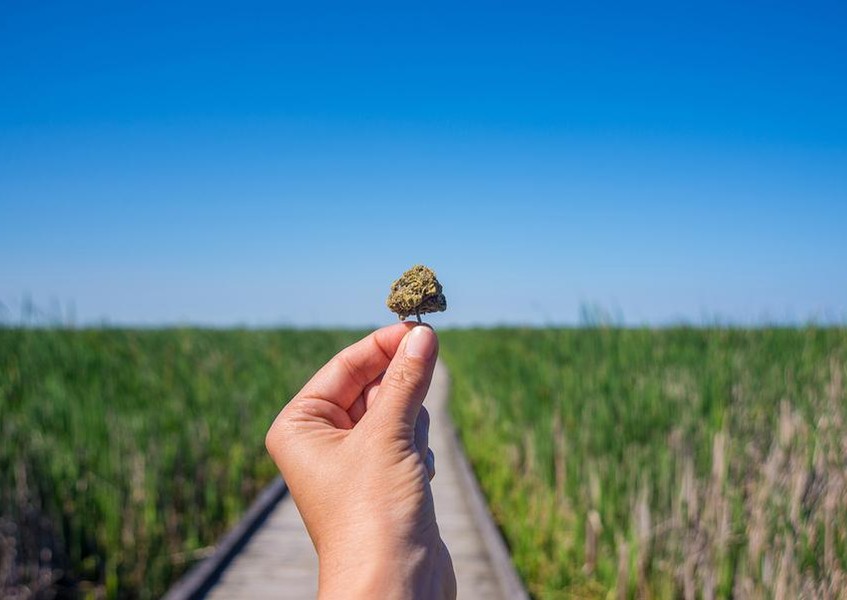 6 Reasons Why Cannabis Is Not a Gateway Drug

Meth, opioids, cocaine, heroin, and an array of synthetics open hellish holes of addiction, despair, and frequent death. And, if you listen to the wrong people, they’ll tell you cannabis is a gateway drug, too.

1. Authoritative voices say there is not conclusive proof that cannabis is a gateway drug. The fact that marijuana use may proceed the use of hard drugs has been substantiated in some experiments on rats. But, there is no logic to the assumption that just because an event precedes another event that it causes that second event. Scholars call that fallacious thinking “post hoc ergo propter hoc.”

The National Institute of Drug Abuse addresses this issue and reports, “the majority of people who use marijuana do not go on to use other, ‘harder’ substances.” They go on to say, “An alternative to the gateway-drug hypothesis is that people who are more vulnerable to drug-taking are simply more likely to start with readily available substances such as marijuana, tobacco, or alcohol, and their subsequent social interactions with others who use drugs increases their chances of trying other drugs.”

Miriam Boeri, writing for Newsweek, even claims, “For decades, scientists who study addiction have received have received millions of dollars in government and pharmaceutical funding to perpetuate the gateway hypothesis. Many would lose their respected reputations (or continued funding) if a gateway mechanism is not a legitimate research goal.”

The Hill reports that, despite Secretary of Homeland Security John Kelly’s claim that cannabis is a gateway drug, “Statistically, the overwhelming majority of these individuals never go on to try another illicit substance, an empirical reality that persuaded investigators at the RAND Corporation to conclude, ‘[M]arijuana has no causal influence over hard drug initiation’.”

And, former Attorney General Loretta Lynch said, “It isn’t so much that marijuana is the step right before using prescription drugs or opioids—it is true that if you tend to experiment with a lot of things in life, you may be inclined to experiment with drugs, as well. But it’s not like we’re seeing that marijuana as a specific gateway.” Her predecessor U.S. Attorney General Eric Holder held the same position.

2. Exit drug is a better description of marijuana. 2016 research at the University of British Columbia suggests marijuana use can be a positive move away from potentially destructive drugs like alcohol and opioids.

No one contests the beneficial effects of marijuana on conditions like anxiety, depression, and PTSD.

3. US Drug Enforcement Administration has dropped misleading claims from its website. They now report, “the federal government now admits that cannabis is not a gateway drug… weed ‘doesn’t cause long-term brain damage, or psychosis’.”

4. Academic research, such as that published in the Humboldt Journal of Social Relations (2013) admits more research is needed. But, its studies show, “While the gateway hypothesis is useful for describing possible linkages between early substances that are used and later ones, it is problematic for a number of reasons. Variations in patterns of initiation and progression, and changes in drug involvement in later stages of the drug use career are likely to be overlooked by those promoting the validity of the gateway hypothesis.”

5. Correlation is not causation. We should be concerned that, according to the AAP News & Journal Gateway,  “and marijuana smokers are 104 times more likely to use cocaine than those haven't tried weed.” But, as Vice.com points out, it’s just as true that “the number of people killed annually by dogs correlates almost perfectly with the growth in online revenue on Black Friday. And the rise in autism diagnoses is strongly correlated with the growth in sales of organic food.” No one would mistake these correlations as cause and effect.

Medical Daily says the Bennet Charts offer clear evidence that “The charts also show that alcohol causes significantly more personal and social damage than any other substance, and marijuana’s reputation as a ‘gateway’ drug is not supported. Interestingly, traumatic childhood experience, mental illness and economic insecurity are more telling predictors of substance abuse than availability of the drugs.”

7. Addiction psychiatrists say it isn’t so. Dr. Kevin Hill, of Massachusetts’ McLean psychiatric hospital and assistant professor of psychiatry at Harvard University, commented, “I don’t think of it that way people who have addiction problems at 25 or 45 often describe initial use of ‘mj’ or alcohol or nicotine at an early age. I think, then, that early use of any of these substances increases the likelihood of future addiction. Thus, any use among young people should be taken seriously. But I don’t think that early marijuana use means a child is doomed.”

Cannabis is not a gateway drug. Research, common sense, and good logic say it is not. Outspoken critics like U.S. Attorney General Jeff Sessions and New Jersey Governor Chris Christie continue the myth and are positioned to take further action against the legitimization of marijuana. But, they will only do so behind false assumptions and unproven science.