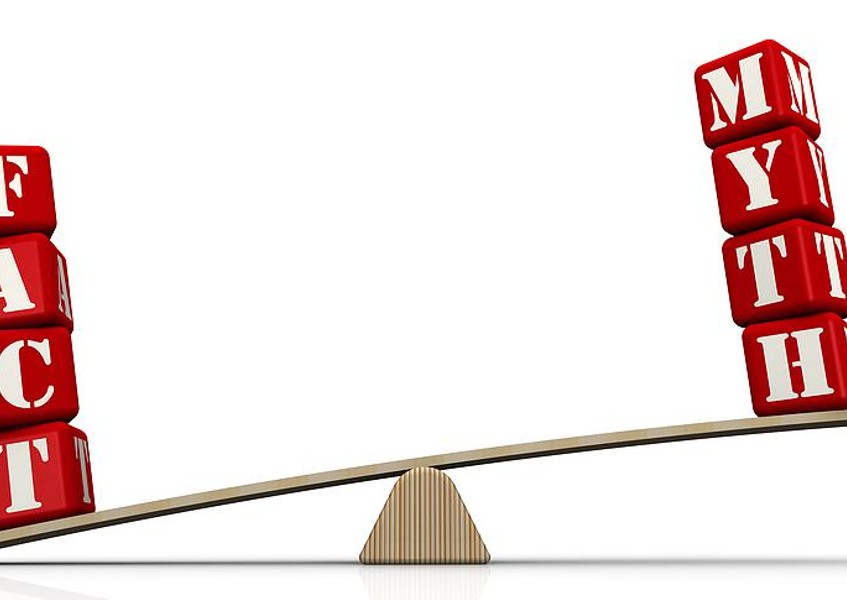 Cannabis has a long and mysterious history. No one knows who discovered it when. However, archeologists have found evidence of its use thousands of years before the beginning of written history.

Then, someone found cannabis had other powers when eaten. Tribes of people living in the mountains, valleys, and plains in the Afghanistan-Pakistan-Uzbekistan region found it useful for food and fiber. They found it healing and thrilling. Some made it part of their medical practice, and others applied its psychic influence in religious rituals. And a few found it plain fun to smoke on the sly.

In recent years, most states that have legalized or decriminalized growing, transporting, selling, and using cannabis for medical and recreational purposes have done so despite significant efforts to prohibit it. Those arguments root in myths that still influence segments of the American public.

Everyone knows a “pothead” or “stoner.” Indeed, some folks overdue or abuse cannabis. However, despite continued charges that cannabis addicts, research paints a different picture.

Cannabis does not alter human systems, as do alcohol, tobacco, cocaine, heroin, and opioids. There are enough potheads out there to make you think marijuana is an addictive drug. However, some people have a physical and mental pre-disposition to dependency. Such people use high-risk drugs to treat mental illness and adverse life experiences. Some inherit the pre-disposition through genetics or parenting.

Therapists have identified a Cannabis Use Disorder (CYD) but do not classify it as an “addiction.” This dependency prioritizes cannabis consumption over everyday life, financial, and family duties. The National Institute of Drug Abuse, which takes an anti-cannabis position, claims 9% of cannabis users move on to abuse.

Over 100 million Americans have used cannabis in their lives. Ten percent have used it in the past year, and 15 million use it regularly. These signs dismiss the myth that cannabis is addictive.

It may be true that cannabis is among the first inebriants used by teenagers. For most, early use is part of a rite of passage. However, in arguing against the liberalization of cannabis prohibition, the combatants could not prove any necessary causality.

For some, early cannabis use may occur in an already existing personal environment that enables and invites addiction. These users may also be using alcohol and street versions of other drugs.

Some statistics show a correlation between cannabis use and the consumption of other drugs. They show evidence that the use of cocaine and heroin has decreased as cannabis has become readily available. The Economist suggests prescription medications may be the actual gateway drug.

The American Psychological Association warns that cannabis use can harm the development of the adolescent brain. The research they offer shows impairment of attention, memory, learning, and decision-making. On the other hand, the same report found that this “damage” lasted only as long as the high.

Adolescent use and cognitive development and behavior are more profoundly affected by early peer pressure, toxic families, inadequate nutrition, and other influences. More to the point, recent research is focusing cannabis’ power to regenerate brain cells rather than destroy them.

Cannabis does help users get away from the present. It does offer a psychological and physical escape. Countless experiences take people away from their daily stresses and issues without damaging their memory or logic. However, other escapists experiences – baseball games, downhill skiing, a music concert, and so on − do the same.

Over the years, the cannabis sold on the street has increased in risk. A “dime bag” from the same dealer you have trusted over the years may work. However, the risk does not make sense where you can buy cannabis at a dispensary

Black market cannabis poses the risk of death. Many dealers have routinely cut or laced their product with synthetic marijuana, once known as K2, to ensure and increase their profit margins. The product may be a hundred times more potent than dispensary weed, but it may also contain toxic chemicals. The potency has hospitalized users with psychosis, hallucinations, and paranoia. In some cases, it has led to death.

Cannabis users can overdose. They may use too much too potent cannabis in too short a time. Too much cannabis can produce lightheadedness, increased anxiety or depression, and loss of coordination. It may induce paranoia.

The overdosing effects usually disappear as the high wears off. More importantly, the Centers for Disease Control (CDC) has not reported deaths according to cannabis overdosing. Casualties may have resulted from driving while under the influence, but no death has been attributed to cannabis use.

Smoking cannabis can damage the lungs. The lung linings are vulnerable to any intake: the lungs process cigarette smoke, secondary smoke, allergens, and polluted air. Cannabis joints deliver burnt carbon and irritants to the lungs

However, there is a difference in frequency. Cigarette smokers smoke one cigarette after another. They may go through more than one pack a day. On the other hand, the chronic stoner is more likely to use only a few joints or bowls a day. And, if you do not want to smoke because of the irritation, cannabis is available to vape or eat.

Critics often describe stoners as couchbound, munchie-eating, video gaming losers. They lack motivation, drop out, and hug trees. But if considering the millions who use cannabis, people from all levels of society, nothing indicates they lose motivation. Influential people who use marijuana regularly and still lead major corporations, government agencies, law firms, entertainment enterprises, and more might let you reasonably conclude that pot inspires creativity and innovation.

It’s also a myth that the opposition to cannabis is reasonably framed. People opposed to the expansion of cannabis liberalization have bought into the myth that opposition is a moral issue. They believe their position is righteous. They point to medical consequences, auto fatalities, and other fears.

The advocacy and opposition have become political and economic issues, some of them rooted in racism. The opposition is pushed and financed by Big Pharma, Big Alcohol, and Big Tobacco. Cannabis users should not have to defend their use. However, understanding the truth beneath the prominent myths should help.