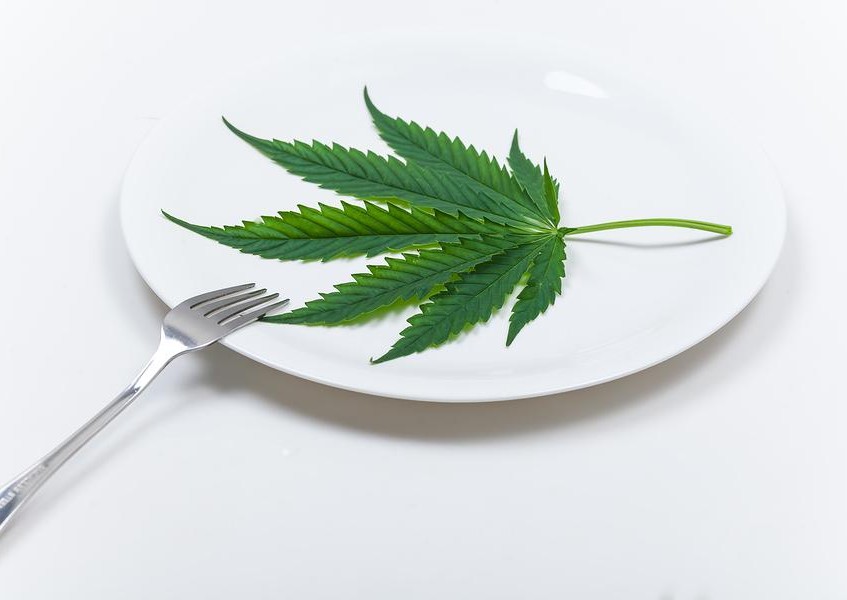 The cannabis plant hosts hundreds of cannabinoids which generally act positively with the natural human endocannabinoid system (ECS). Various cannabinoids and some in combination interact directly or indirectly with neuron receptors to restore and repair damaging imbalances in bio-chemistry and neuro-chemistry.

8 Benefits of Cooking with Cannabis

1. Glaucoma patients have treated with cannabis for generations. The American Academy of Ophthalmology reports, “Glaucoma is an eye condition in which the optic nerve becomes damaged over time, reducing side vision. It sometimes leads to blindness. One cause of optic nerve damage in glaucoma is higher-than-normal pressure within the eye (intraocular pressure or 'IOP').

Research has proven that cannabis will reduce that IOP if only for a period of three to four hours. While that appears to limit its value, it does allow patients to schedule consumption to their personal benefit. Cooking with cannabis lets you work cannabis into your daily diet in several ways.

2. Pulmonary problems usually relate to lung capacity. But, research published in JAMA (Journal of the American Medical Association), concluded, “Occasional and low cumulative marijuana use was not associated with adverse effects on pulmonary function.”

That study compared lung capacity using cannabis against using tobacco, and it warned that smoking any product can present risks. But, you can infer that cannabis is more beneficial than smoking cigarettes and that cooking it is smarter than smoking it.

3. Anxiety affect the daily lives of millions. Smoking or eating high doses of THC may aggravate anxiety and move towards panic and paranoia, especially among those genetically pre-disposed to anxiety. The New York Times, Huffington Post, and The Washington Post each reported on 2015 research that anxiety victims may have a mutated gene.

Because cannabis modulates amandine, it stabilizes “the bliss gene.” And, cooking with cannabis allows you to pace your intake and to consume cannabis discretely throughout the day to manage your anxiety and moods swings.

4. Alzheimer’s disease, the leading cause of dementia, demands increased research to find something to treat or cure its crippling effects. Little is known about causes, but some research at Scripps leans in favor of findings that THC (Δ9-tetrahydrocannabinol) manages, eliminates, or prevents the accumulation of “the enzyme acetylcholinesterase (AChE) as well as prevents AChE-induced amyloid β-peptide (Aβ).”

It appears the THC reduces the buildup of plaque that bonds among brain cells to slow, disrupt, and destroy brain function. The findings do not recommend smoking heavy doses of high-THC strains but cooking with moderate use of THC-dominant cannabis in recipes lets you apportion your intake.

5. Epilepsy victims have long treated with cannabis or cannabis-derivatives. And, some states — that otherwise do not allow cannabis sales and use — do permit use of high-CBD (cannabinoid) oil specifically for those who do not respond to usual therapies while suffering from recalcitrant epilepsy.

Most of the political and pharmaceutical concern has been for pediatric patients, and they can’t or shouldn’t smoke. Cooking with cannabis allows patients, parents, and caregivers to manage the benefits of cannabis on a schedule of preferred tastes.

6. Cancer makes its victims wiling to try anything to relieve pain, therapy-induced nausea and vomiting. So, it’s not fair to sell them on false hope. Still, research does show that cannabis prevents the division of cells through apoptosis.

Cancer.gov reports on the many research project with mice and rats that found, “Cannabinoids may cause antitumor effects by various mechanisms, including induction of cell death, inhibition of cell growth, and inhibition of tumor angiogenesis invasion and metastasis.” Consuming your cooking with cannabis offers multiple delivery options to patients who cannot or do not smoke.

7. Nausea, vomiting, and wasting accompany many therapies for cancer, HIV/AIDS, and serious wasting conditions. Of course, most of these patients do not or cannot smoke. They need a delivery system that does not add to their suffering but does offer anti-spastic, antiemetic, and anti-inflammatory benefits.

Cooking with cannabis offers the opportunity to create foods, cookies, teas, candies, and more for easy consumption and programmed dosage.

8. Asthma victims suffer from respiratory problems that inflame and close their bronchial tubes. But, research has shown that inhaled cannabis will enlarge those tubes allowing stronger blood flow.

Of course, patients with serious cases of asthma should not smoke anything. But, consuming cannabis edibles offer a convenient alternative way to consume the cannabis.

Does it your way

Cooking with cannabis creates treats, candies, baked goods, and drinks with all the health benefits of the cannabinoids. In addition to the medical problems covered here, cannabis has shown benefits for those suffering from PTSD, PMS, Chron’s disease, and up to 40 problems listed in some state regulations.

The liver metabolizes THC into a stronger psychoactive influence, so you must watch the amount you use with your recipe. The process also delays your perception of the cannabis’ effect, so you should probably micro-dose when you eat or drink your cannabis preparations, at least until you are comfortable with its influence.

Otherwise, cooking with cannabis seems a great alternative delivery system to smoking. For most medical and psychological problems, cannabis edibles and drinkables let you dose and deliver as you want. With cookies, brownies, butters, and oils, you can dose at your own pace and do it discretely throughout the day!