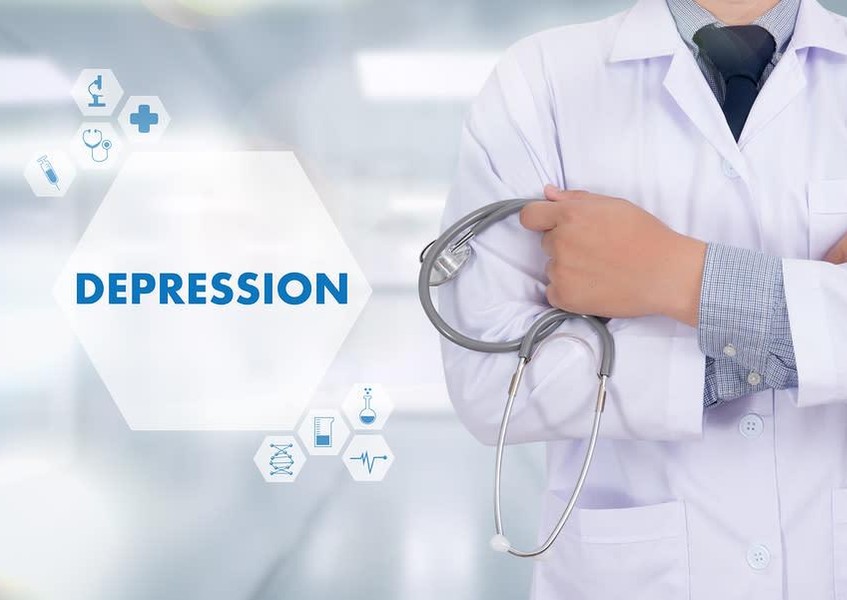 The brain is an awesome thing. Marvelously complex, it still keeps many secrets. Your skull holds about 3 pounds or 2% of the entire body’s weight. It has sections and lobes, each of which serves different purposes.

It holds blood, nerves, and gray matter. But, what connecting the brain and the rest of your body functions is its job in neurotransmission. And, to understand how cannabis helps manage depression, you must picture how the neurotransmission works.

There is a reciprocal relationship between the brain and the central nervous system. It’s difficult to understand because the interconnection of neurons is unseen and difficult to illustrate. But, you can imagine a neuron as having three parts, the body, axon, and dendrites. Axons are thin strings that pass electric messages to the next neuro. Dendrites are similar threads that receive those messages on the next neuron cell. You feel great when the neurotransmission is working correctly.

To make it a little more difficult, you see, the axon sends a neurotransmitter to the dendrite at the synapse, the tiny space between the neurons. Dopamine, serotonin, glutamate, and acetylcholine are all neurotransmitters. And, if the receiver likes the neurotransmitter, the receptors function in an orderly way. And, you feel good.

Rashmi Nemade, Ph.D. and Kathryn Patricelli, MA, writing for Gracepoint Wellness, note, “In music, it's not just the notes that make up a melody.  It is also the spaces or rests between the notes that make each note stand out and be distinct.” There must be a tiny bit of downtime between the synapses for the messages to make any sense.

The receptors in the dendrites have to reset themselves and get ready for the next message.” After this reuptake, “The neurotransmitters are then repackaged and reused the next time a message needs to be sent across the synapse.” Anything that interferes with this reuptake procedure causes you problems.

Serotonin controls aggression, appetite, mood, sexual behavior, and sleep. A decrease in serotonin will cause depression and even suicidal thoughts. Serotonin is made in the brain, but it depends on resources in the body’s tryptophan hydroxylase. Big Pharma recommends SSRIs or Select Serotonin Reuptake Inhibitors to restore the neurochemistry.

8 reasons cannabis is great for depression

The brain and body are also governed by a complex endocannabinoid system which emulates the system already described. The brain produces endocannabinoids that enjoy balance, too. But, when internal and external stresses weaken them, they look to bind with the cannabinoids present in cannabis.

The stress, emotional, physical, and emotional problems that come with depression are caused by any one or combination of causes:

Severe depression warrants medical advice and oversight. There’s too much misinformation out there, and your doctor needs to diagnose and determine your best care in terms of your medical history, your family background, and your other medications. The availability of cannabis, marijuana, and cannabis-derived products should not cloud your common sense.Cannabis, however, has treated users suffering from depression and anxiety for centuries. Perhaps, the success is due to its uplifting benefits, its relaxation qualities, or its easy use. But, it also produces positive effects, provides no alternative threats, and only minor side-effects like dry mouth.

Unfortunately, U.S. quality research is short-circuited by DEA policy on the substance. Without a revision in the department’s thinking, research is pretty much limited to rats. Let your legislator know how you feel about that!