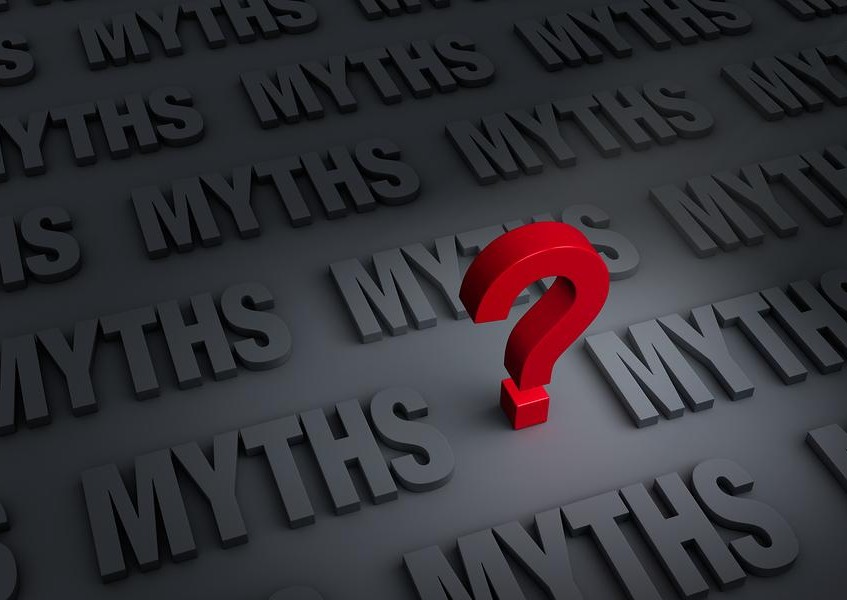 There’s nothing new about marijuana myths. They’ve been with us for generations, and there’s no indication that they will go away.

Despite evidence to the contrary these eight weed myths just won’t go away.

CBS News refers to research at University of New Hampshire showing that’s not true. Dr. Karen Van Gund asserts it may be a gateway drug to the poor and unemployed, as well as those under severe psychological stress.

It also suggests “the path to other drugs is not necessarily the pot, but rather the potholes young people encounter on the road.”

As The Economist points out, “In the past few years, the number of monthly marijuana users in America has steadily risen, from 14.4m in 2007 to 18.9m in 2012. If marijuana were a gateway to harder drugs, one might expect those drugs [heroin, cocaine, and meth] to become more popular, too. Yet, during the same period, consumption of most other substances actually fell. The number of monthly cocaine users dipped from 2.1m to 1.7m and the number of people using methamphetamine (“crystal meth”) fell from 530,000 to 440,000. Heroin use has been going up, but the gateway drug there seems to be prescription drugs.” 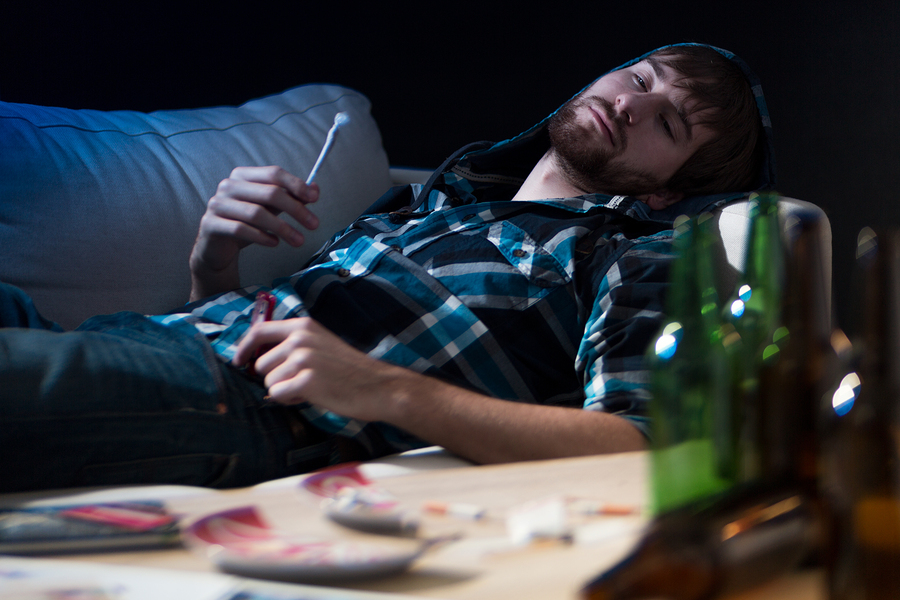 There are potheads enough out there to make you think marijuana is an addictive drug. But, there is no evidence to support that.

According to Healthline, “Most people can use marijuana without becoming addicted. But for users with vulnerabilities like stress, mental illness, or a genetic predisposition, the risk of dependence is real.”

You must pay attention to the words. The National Institute of drug Abuse has claimed that 9% of marijuana users become abusers. But, abuser does not equal addiction in the classic sense.

That is, no scientific research indicates that marijuana is chemically addictive like heroin, cocaine, or opioids. Nonetheless, it may lead to psychological dependency for those genetically or psychologically predisposed to dependent behaviors.

Alternet points out, “Despite 70+ years of criminal prohibition, marijuana still remains widely popular among Americans, with over 102 million Americans (41 percent of the U.S. population) having used it during their lifetimes, 26 million (10 percent) having used it in the past year, and over 15 million (6 percent) admitting that they use it regularly.” Given the common use, addiction is the users’ least concern.

Legend and experience tell you that marijuana use affects your short-term memory. But, it’s the trip, the rush that distracts from current memory. There is no evidence that it affects long-term memory or cognitive ability.

There are legitimate concerns that it can affect the development of the adolescent brain as do tobacco and alcohol. According to the American Psychological Association, “In the short term, marijuana use has been shown to impair functions such as attention, memory, learning and decision-making. Those effects can last for days after the high wears off.”

But, the same report notes, “It's not clear that marijuana deserves the bulk of the blame. Some researchers have suggested that factors such as peer influence, emotional distress or a tendency toward problem behavior could predispose people to drug use as well as poor life outcomes.”

And, Thrillist refers to recent University of Louisville research that has determined that marijuana use does not, in fact, kill off brain cells. “This corroborates a 2003 report in the Journal of the International Neuropsychological Society published by Cambridge University making the same claim.”

4.  No chance of overdosing.

You can take a nonlethal overdose of marijuana if that means you have taken more than the normal amount. Overdoing it can produce paranoia, lightheadedness, increased anxiety, and loss of motor coordination.

But, it is basically impossible to die from a dose of marijuana. According to the data released by the Centers for Disease Control and published in Huffington Post, there were zero deaths attributed to marijuana overdosing – despite significant increases in death because of overdosing with other drugs.

There is nothing good about synthetic marijuana. It is not manufactured safely and can be a hundred time stronger than “normal” weed. Unfortunately, it can be made easily and has proliferated on the streets since its nationwide ban in 2012.

Drugs.com reports, “Some synthesized compounds have been noted to be 100 times more potent than the average THC found in marijuana. In addition, as with many illicit designer drugs, the chemical composition may be unknown and some products may be laced with other toxic chemicals. The stronger binding of the synthetic chemicals to the THC receptor sites in the brain may lead to the extreme anxiety and paranoia that have been reported in some users.”

It's known to cause acute psychosis, hallucinations, stroke, and death. And, it has become a plague among the homeless on the streets of American cities. ”The 2012 DAWN Report from the U.S. Substance Abuse and Mental Health Services Administration (SAMHSA) states that toxicity due to synthetic marijuana resulted in 11,400 cases of emergency room visits in 2010.”

Your lungs are vulnerable to any intake. Cigarettes, marijuana, secondary smoke, allergens, and hundreds of airborne toxins make their way into your lungs.

But, there is a difference in volume and frequency. A regular cigarette smoker is likely to go through a pack of cigarettes a day. The most chronic pothead user is more likely to use only a few joints or bowls a day. And, if you are simply averse to smoking in general, you can eat, vape, and apply marijuana derivatives. JAMA reported a 2012 study led by Dr. Mark Fletcher that concluded, “Occasional and low cumulative marijuana use was not associated with adverse effects on pulmonary function.”

If you think of marijuana smokers as the stereotypical couchbound, munchie-eating, video game playing loser, yes, they are lazy.

But, no research links marijuana use with lack of motivation. In fact, if you consider the tens of millions who admit using, society would come to a standstill if it affected motivation. In fact, if you consider the influential people who use marijuana regularly and still lead major corporations, government agencies, law firms, entertainment enterprises, and more, you might reasonably conclude that pot actually inspires creativity and innovation. 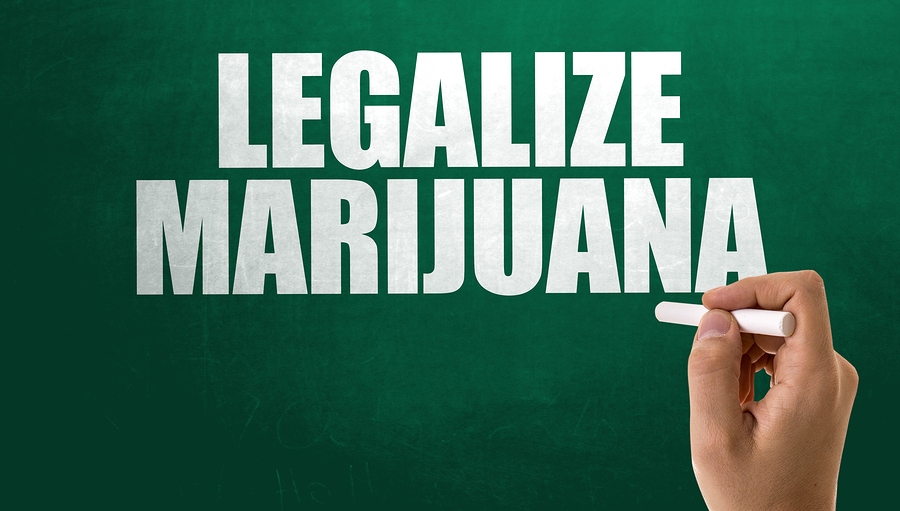 It’s a myth that the forces opposed to legalization of marijuana act from moral concern for the health of young people, an inevitable increase in medical consequences, a spike in auto fatalities, and other fears.

Some opposition is certainly well meaning and intentioned. But, the strongest operation comes from the pharmaceutical and alcohol industries. The Washington Post reports on a University of Georgia study that “in the 17 states with a medical-marijuana law in place by 2013, prescriptions for painkillers and other classes of drugs fell sharply compared with states that did not have a medical-marijuana law,” fully 1,826 fewer prescriptions for painkillers.

FOX34.com announced, “The study revealed a sea of change is coming with California millennials saying no to alcohol and yes to marijuana. Research further indicates this shift will continue to rise which could have a significant impact on the alcohol industry.” With 52% of millennials opting for marijuana instead of alcohol, the alcohol lobby is very concerned. These concerns are true of the tobacco industry, private prisons, and police unions.