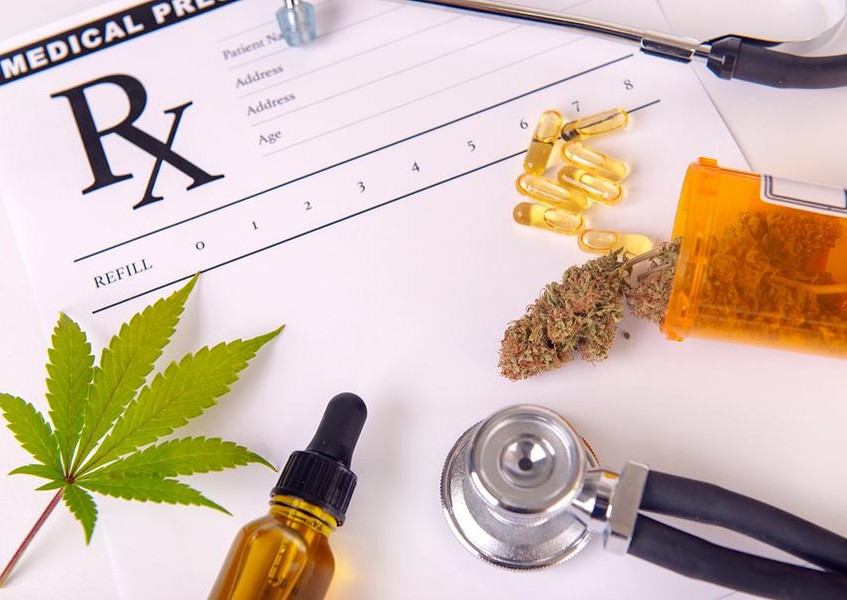 The already huge interest in CBD products is expanding. Science and history have confirmed its many benefits. And only quality will distinguish the many brands entering the market. So, let’s look at what Leaf Labs from UK Meds could mean to you or those under your care.

There’s a science to this. Dr. Raphael Mechoulam, the Bulgarian-born Professor of Medicinal Chemistry at Jerusalem’s Hebrew University, has been making breakthrough discoveries since the 1960s. Among his findings is cannabis plants possess hundreds of cannabinoids that mesh with the human natural Endocannabinoid System (ECS). The ECS is an incredibly complex system threading throughout the brain and body including all its systems and glands. The best known and most effective of those cannabinoids are CBD (cannabidiol) and THC (∆9-tetrahydrocannabinol).

THC is a psychoactive agent that binds to CB1 and CB2 receptors in the Central Nervous System (CNS). In doing so, it can trigger mental effects from mild relaxation to creative focus to extreme paranoia. Governments have legislated against the possession and use of THC in cannabis sativa and Indica as a drug.

Hemp is botanically-related to cannabis. Hemp, however, contains little or no THC and its negative effects. This makes its dense CBD content legal and beneficial to thousands with scores of medical issues in the U.K.

CBD: the mechanism of action

CBD binds with CB1 and CB2 neurotransmitters. Where THC is an agonist, CBD’s chemistry is the opposite. It blocks the interference or intervention of compounds targeting those receptors. And it effectively offsets any influence of THC to help stabilize the flow of neural messages.

CBD runs interference on enzymes that degrade anandamide. Anandamide is a fatty acid amide hydrolase (FAAH) scientists believe is the source of feelings of calm and bliss. The body absorbs anandamide routinely, but stress and pain accelerate the absorption leaving the system imbalanced. But CBD modulates that absorption to manage good moods.

CBD also contributes to an “entourage effect” generating more impact as benefits ride its coattails. That is, while you can trace CBD’s mechanism of action to a certain extent, it appears to carry side benefits not so easily explained.

Thousands of researches are working on the nature and effects of CBD. But many specifically address known and common physical and psychological conditions. A selected few support its efficacy:

How CBD produces the calm, rest, and remedy for insomnia remains unclear. But, anecdotal history of its benefit dates back millennia.

There is more science of course on more benefits. Unfortunately, some governance of research has limited studies on animal subjects and restricted long-term human studies.

How you use CBD is pretty much at your discretion. But CBD oil, capsules, and vape offer options to health-damaging smoking. Each of these methods offers convenience and discrete consumption. But you want to use the best available.

Leaf Labs’ is Nottingham-based, the U.K.’s fastest-growing online distributor of high-quality products including CBD Oil, Capsules, and Vape Oil. And, their website helps you select a product, secure any required consultation and buy  CBD from UK Meds.