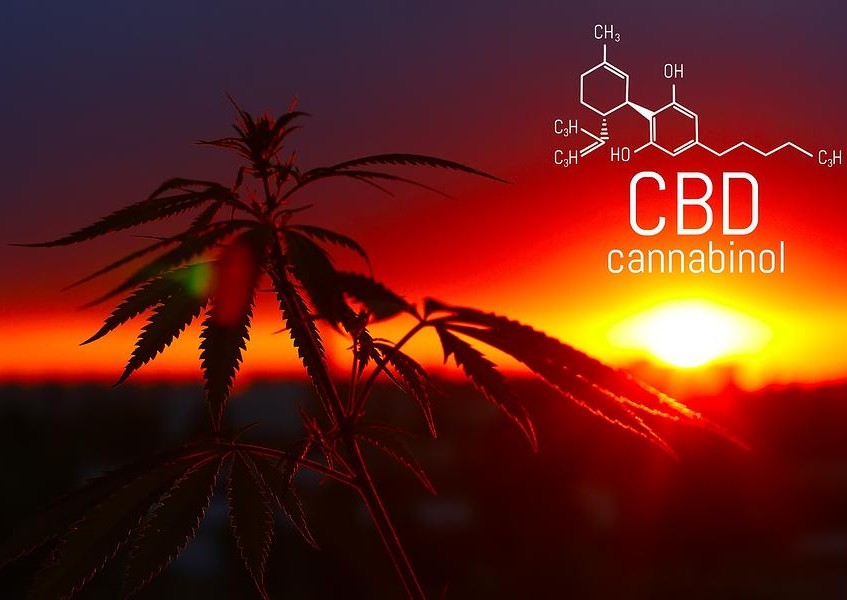 Athletes, therapists, clinicians, and average folks report significant benefit from CBD in treating muscle spasms, cramps, and pains. Much of the current popularity is promoted by producers of hemp-derived CBD. Their extensive marketing press is leading to Federal concerns with the efficacy of CBD, and that should concern anyone enjoying the medical benefit.

This contribution hopes to clarify and differentiate science and propaganda. I also want to stress the benefit of cannabis-derived CBD treatments. Having said that, let’s look at the science.

CBD (cannabidiol) is the non-psychoactive element (THC) in the sativa and Indica cannabis strains we know. Because hemp is a sub-species of the cannabis family, it contains CBD and a minimal amount of THC.

In the early 1960s, Israel’s Dr. Raphael Mechoulam recognized how cannabinoids mapped over to the human’s extensive Endocannabinoid System (ECS). In general, that mapping helped stabilize the ECS.

• THC: The Journal of Addiction & Therapy notes that THC largely binds with CB1 receptors. “CB1 receptors are predominantly expressed in the brain and located in the basal ganglia, cerebellum, hippocampus, association cortices, spinal cord, and peripheral nerves.” The binding lets the THC balance or enhance neurotransmissions to and from the brain.

• CBD: Cannabidiol mainly affects CB2 receptors. These are “mainly found in the peripheral tissues on cells in the immune system, the hematopoietic systems and in the spleen.” They apparently influence immune suppression or activation. So, CBD tends to have a subtler approach than THC, making an end-run that blocks or interferes with negative neural and chemical interactions. Many positive healthy results are attributed to the “CBD effect,” a riding on its coattails.

Among the known results of CBD is its suppression of the absorption of anandamide. The flow of anandamide, called “the bliss molecule,” a fatty acid neurotransmitter, is threatened by stress, disease, and pain. CBD appears to normalize its transmission.

• MS and ALS: Marijuana as Medicine? The Science Beyond the Controversy examines the medical mechanism on marijuana extensively. It reports research on human and animal subjects to identify its effects on the muscular pain attached to Multiple Sclerosis. MS “appears to result from a malfunction of the immune system, which inflames nerves in the brain, brain stem, and spinal cord.”

Studies have shown both a decrease in muscle spasms in MS and ALS patients and a larger decrease in the perception of pain.

• Epilepsy: On June 26, 2018, USA Today reported the FDA’s approval of “Epidolex, a form of cannabidiol, will be legally used to treat Lennox-Gastaut syndrome and Dravet syndrome, two serious and rare kinds of epilepsy.” The development of the drug confirmed the experience of parents who have been surreptitiously treating their children with recalcitrant forms of diseases more common than known.

Its approval coincides with the increasing number of states legalizing the purchase and use of CBD oil as an anti-spasmatic.

• PMS: The synergy between stress and inflammation contributes to treating the PMS symptoms of anxiety, cramps, depression, insomnia, irritability, and anxiety. CBD dampens the effects of THC when present. On its own, CBD acts as an anti-inflammatory, antioxidant agent, and muscle relaxer.

• Inflammation: An analysis in Future Medicinal Chemistry (2010) reports, “Cannabinoids are potent anti-inflammatory agents and they exert their effects through induction of apoptosis, inhibition of cell proliferation, suppression of cytokine production and induction of T-regulatory cells” all of which contribute to the inflammation and inflammation-related pain of sore muscles.

Consumed in edibles, applied to the skin, or administered sublingually, CBD soothes muscle pains connected with disease, injury, and/or exercise. Its use is reducing the use of opioids in regions where it is legal. Floyd’s of Leadville notes athletes are ditching Ibuprofen for CBD.

If you decide to treat your muscular pain with CBD, you have many options in edibles, lotions, and oils. If you want to prepare your own therapy or smoke your CBD, there are some outstanding strains:

Highland Pharms claims, “Studies show that by 2020, the global CBD market is set to grow by an amazing 700%. Part of the reason the industry is seeing so much growth is many people claiming CBD’s effective use as a treatment for numerous medical conditions, from anxiety and depression to physical pain.”

It does this directly and indirectly. Its mechanism of action eliminates and/or modulates muscular pain. And, if it does nothing more than reduce the perception of pain, it rewards those who use.