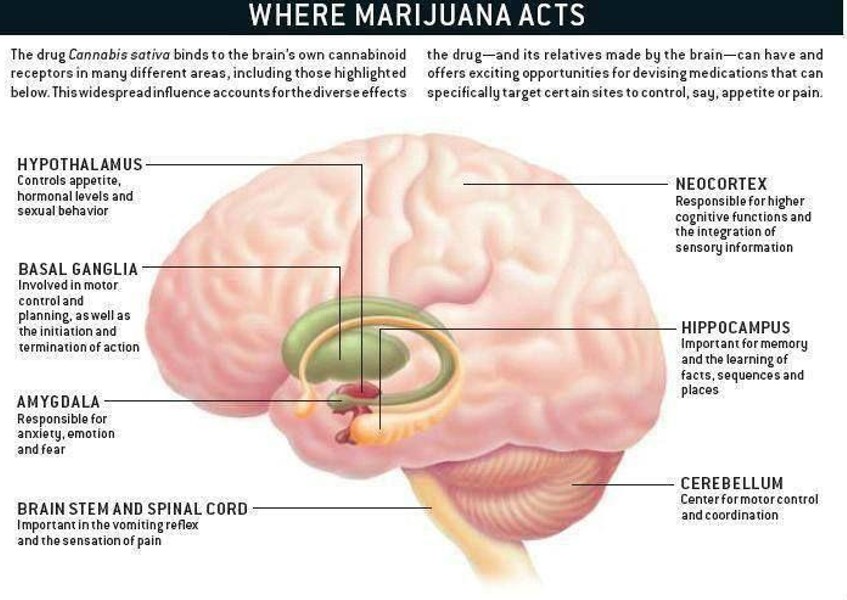 The word “cannabinoids” is working itself into everyday conversation. Cannabinoids have a special interest among those who use cannabis and those interested in making the move towards recreational or medical cannabis. Cannabis plants contain hundreds of different cannabinoids. So, it’s worth examining the nature and benefits of the major cannabinoids: CBD, THC, CBN, and CBG.

Just What are Cannabinoids?

In the 1960s, Dr. Raphael Mechoulam of Jerusalem’s Hebrew University discovered the interaction between these cannabinoids and the Endocannabinoid System (ECS) found in all mammals. The ECS is present throughout brain, body, glands, organs, and skin. And, most of the research that has followed focuses on how the cannabinoids match and map to the ECS.

THC produces legendary and euphoric highs. It alters behavior, consciousness, moods, and perception of space and time. So, those looking for the brain buzz will shop for high THC content. In the extreme, THC may produce panic and paranoia, but most users find a cannabis strain that provides the relaxation and escape they want by shopping well.

THC triggers the flow of dopamine. And, it binds to receptors on nerve cells to agitate or balance the flow of neurotransmitters. THC begins as THC-A until it is heated in smoking, centration, or production. And, despite the heavy emphasis on the psychic influences, THC also has anti-inflammatory and anti-anxiolytic benefits. Those psycho-active effects in the proper dosing will reduce the stress in PTSD, migraines, and chronic depression.

CBD also plays some psycho-active role although much lower than THC. In fact, it often simply negates the THC effects. CBD produces most of the medical benefits attributed to cannabis. CBD-derivatives are regularly consumed for scores of medical conditions, including arthritis, migraines, epilepsy, schizophrenia, and spasms. Big Pharma has seen the potential in CBD in the research and development of prescription medications for treatments of recalcitrant epilepsy, Dravet’s syndrome, and involuntary muscular contractions. And, research is looking at CBD’s role in fighting cancer tumors and recovery from heart attacks and stroke.

The CBD effect has energized the marketing of cannabis and cannabis by-products, as more customers seek the calming and relaxing properties. Cannabis cultivators and breeders continue to create strains with the best blends of THA and CBD.

Cannabinol is released at THC oxidizes. The CBN has low psycho-active influence. It does leave users groggy and sluggish. However, CBN reduces anxiety, minimizes muscles spasms, and relieves the pressure on the optic nerve that characterizes glaucoma.

CBG has anti-bacterial and anti-microbial benefits. In the botanical process, both THC and CBD begin as CBG. CBG lowers the body's ability to accept GABA, which causes that mellow feeling often linked with CBD ingestion. 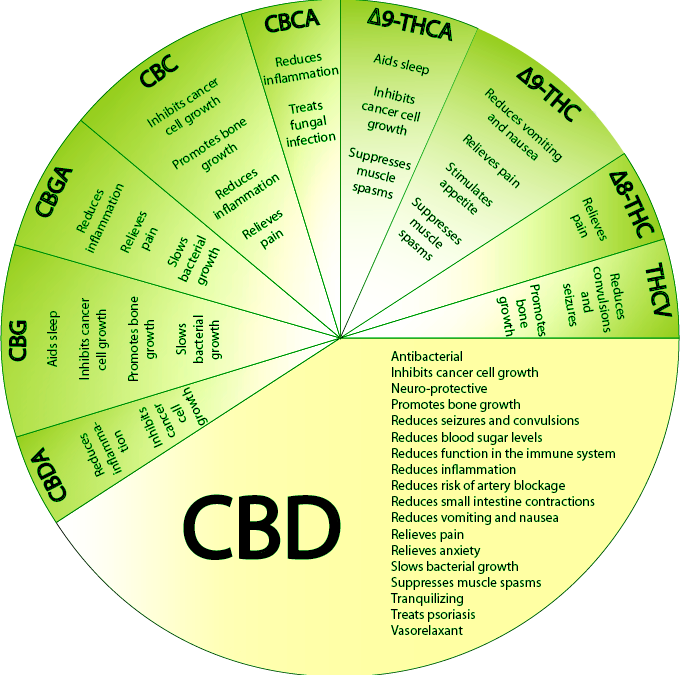 These chemicals compounds activate cannabinoid receptors that are naturally found in the body’s Endocannabinoid System. To keep it simple, there are C1 and C2 receptors. C1 receptors are found throughout the Central Nervous System, and C1 and C2 are present in peripheral tissues. That puts the receptors in the brain, immune system, and nervous system.

THC will attach or bind to C1 receptors in the brain to produce the desired high. CBD does not bind perfectly with CB1 or CB2 receptors, Rather, it appears to run interference, absorbing or redirecting harmful effects. For instance, it reduces the body’s reabsorption of anandamide which is known as the “bliss molecule.”

Depending on the active compound(s) in the strain of cannabis ingested or digested and the amount of each compound in the strain, different users will experience very different benefits. What you need to check is the cannabinoid ratio of THC: CBD. For example, a 1:1 ratio of THC: CBD will help with pain control and muscle spasms with little or no psychic effects. As you alter the ratio one side or the other, you emphasize the psychological effects or the medical effects. Of course, when abused, overused, or consumed without understanding, you risk dependency and impairment of emotions and memory. But, with responsible use, cannabinoids have many scientifically-backed benefits.

Cannabinoids in the future

There is still much to understand about the therapeutic potential of cannabis; researchers continue to conduct clinical trials to learn more about this fascinating subject. However, in the U.S., that work is severely restricted by the FDA’s position on cannabis as a Schedule 1 drug. That makes it difficult for researchers to secure funding, laboratories, and cannabis for trials.

Nonetheless, the success of the few approved pharmaceutical medications derived from cannabis should encourage additional pharmaceutical research. More states and jurisdictions have seen the value and need for the compassionate care afforded by some cannabis therapies.

And, the multiplication of medical marijuana dispensaries expands the need for suppliers of new and innovative products maximizing the benefits of cannabinoids. With the passage and progress towards standardized testing, quality control, and labeling, more customers will be better educated about their consumption and expectations.