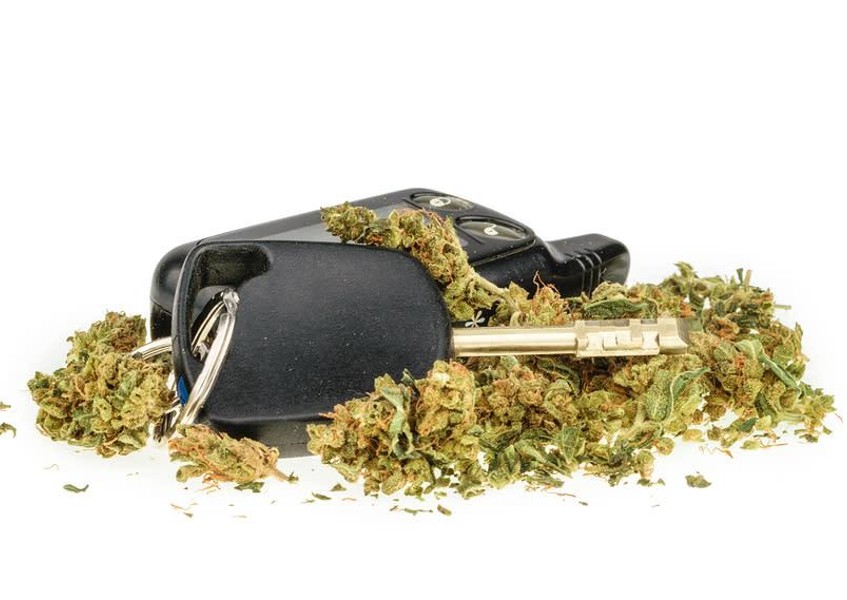 Cannabis is an intoxicant. Its effects encourage users to use it for pleasure and/or pain. But, so much depends on the frequency of use, the strain involved, and the user’s overall condition. The effects can be mildly enjoyable, physically and psychologically influential, or devastating.

So, there are reasons to look at the connection between cannabis and driving to identify the impact it has on users like you.

What you know for sure

Some or all of these problems can also relate to prescription medications, fatigue, stress, and other conditions. That fact neither excuses the role of marijuana nor emphasizes it.

What we don’t know

Thanks to limited research, we are left with rumors, anecdotes, and unsupported claims that often come from opponents of legalized use. The research we do have indicates:

Notice the contradiction in what Drugabuse.gov reports: “Several meta-analyses of multiple studies found that the risk of being involved in a crash significantly increased after marijuana use—in a few cases, the risk doubled or more than doubled. However, a large case-control study conducted by the National Highway Traffic Safety Administration found no significant increased crash risk attributable to cannabis after controlling for drivers’ age, gender, race, and presence of alcohol.”

Drugabuse.gov also note that we should be concerned about the increased potency of today’s marijuana. “Researchers do not yet know the full extent of the consequences when the body and brain (especially the developing brain) are exposed to high concentrations of THC or whether the recent increases in emergency department visits by people testing positive for marijuana are related to rising potency. The extent to which people adjust for increased potency by using less or by smoking it differently is also unknown. Recent studies suggest that experienced people may adjust the amount they smoke and how much they inhale based on the believed strength of the marijuana they are using, but they are not able to fully compensate for variations in potency.” The higher potency raises the risk of inebriation, and as users can control their use, dosage, and potency, it remains difficult for police to detect and measure the level of influence.

Eliza Gray, writing for Time, claims, “while drunk driving is on the decline in the U.S., driving after having smoked or otherwise consumer marijuana has become more common.” She reports that the National Highway Traffic Safety Administration found 12.6 percent of weekend driver offenders tested positive for THC, and increase from 8.6 percent in 2007. You can determine whether a ten-year gap in numbers is relevant.

There is no standard for determining the degree of influence comparable to the 0.08 percent that determines alcohol impairment. A test at the University of Iowa set the threshold at 13.1 mcg per liter THC. But, this test measured driving while smoking and while mixing with alcohol.

Gray notes, “Smoking pot while drinking a little alcohol also increased THC's absorption, making the high more intense. Similarly, THC delayed the peak of alcohol impairment, meaning that it tended to take longer for someone using both to feel drunk.” It’s indicative of other studies that assume a correlation between cannabis use and alcohol.

The Center for Disease Prevention and Control (CDC) sums it up well:

National Public Radio noted that 2015 Colorado traffic records “suggest a sharp increase in marijuana DUI arrests in Colorado. So far this year, State Patrol data show that total DUI citations this year rose to 398 through early July, compared with 316 in for the same period 2015.” That’s a whopping 79 percent increase on a relatively small sample.

You should consider that Colorado’s threshold for marijuana influence is five nanograms of THC per milliliter of blood. Measures above that mark you as too intoxicated to drive. However, such approaches to measuring intoxication don’t work. After all, THC stores in the fat cells, so it may be present long after you have used cannabis. Its presence does not necessarily mean intoxication.

So, we’re back at the start

How much does cannabis impact your driving? There is no proven correlation or causality between light use and driving ability. Effects of moderate use vary from one person’s metabolism to another. Mixing marijuana use with alcohol will increase driving safety risks to the user and other drivers.

Heavy use of marijuana or other potent cannabis-derived products is a responsibility issue. If you aware of the risks you bring to the road, your accountability increases. Simply put, you should not be driving if you have used heavily recently or in combination with alcohol.

The presence of cannabis in your system will affect your culpability for violating DUI laws in your state or for participating in a vehicular accident. Without accurate testing technology, the cost of that culpability is ill-defined and not in your favor.