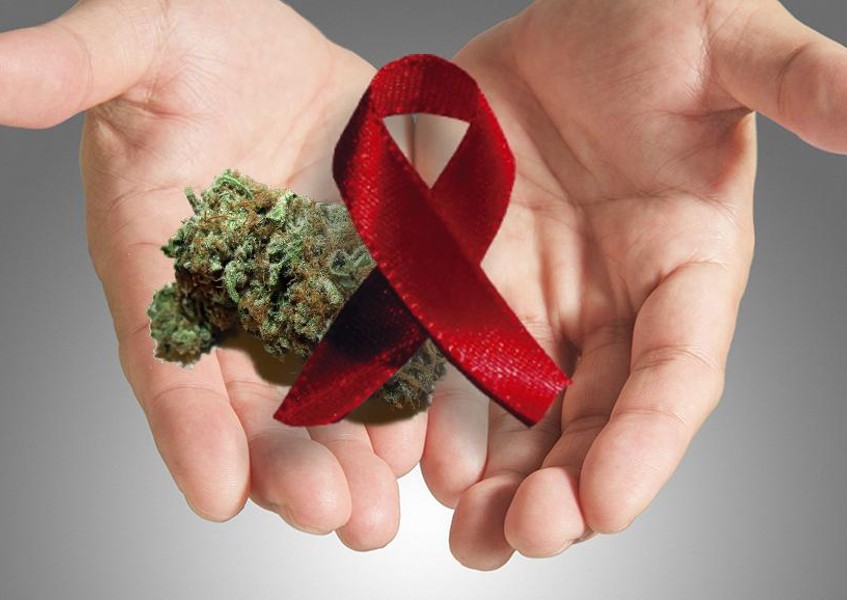 The interrelation between the cannabis plant and the human body is of such complexity that we are just beginning to grasp it, although the use of this herb as medicine goes far back in time, even before ancient times, to the world of primitive cultures and their wise witch doctors. The cannabis plant has since been cultivated to respond to our various needs but its medicinal study remained mostly the knowledge of the shamans up until recent years.

With the loosening of the prohibition as well as the boost of awareness and acceptance in the public opinion but especially among the medical professionals, research into the properties and effects of cannabis has reached some amazing breakthrough conclusions.

The basic use of this plant has been as an anti-emetic, pain reliever, for increasing the appetite and alleviating anxiety, until late studies opened a whole new dimension, showing that our symbiotic partnership goes as far as to potentially inhibit the progression of such serious conditions as HIV /AIDS.

How does cannabis aid the HIV/ AIDS sufferers?

Easing one’s pain, conferring the conditions to eat and feel comfortable inside one’s own body, may seem little when it comes to devastating illnesses, but in fact these are crucial coordinates that help the organism fight and restore its health. Cannabis is also used as a complementary to the main line of medication, as it ameliorates the side effects of most pharmacological drugs and in the case of HIV this is of main importance as it could hold its progression into AIDS.

The Human Immunodeficiency Virus primarily attacks the immune system, gradually destroying the body’s capacity to fight diseases and exposing it to common as well as opportunistic infections. It does this by targeting the so-called T-helper or CD4 cells, a type of blood cells and replicating itself inside of them.  The viral infection advances, weakening the organism until the point when it becomes unable to protect itself anymore and develops other conditions as pneumonia, tuberculosis all the way to brain illnesses and even cancer, at which stage the patient is said to have Acquired Immune Deficiency Virus. There is no cure for HIV but still its effects can be withheld.

It is evident that maintaining a strong metabolism in the fight with this illness can mean the difference between life and death. And this translates into keeping the body’s systems functioning, nurturing it with enough proteins and vitamins, enough calories as they are dramatically reduced by the viral infection, otherwise it can’t cope the further complications. As such is the AIDS wasting syndrome that appears when a patient has lost more than 10% of its weight, most of it from the muscle structure. Wasting increases the threat of opportunistic infections and precipitates the overall degradation, from inducing prolonged fever and diarrhea to triggering dementia and other brain damaging affections. This syndrome has debilitated AIDS sufferers leading to a great number of deaths, but the retroviral medication seems to have prevented its development.

The irony is that the prescribed drugs that temper with this specific condition are themselves debilitating the patient, inflicting the very symptoms that discourage and weaken the body, as nausea, dizziness, anxiety and excruciating pain in the nerve endings. If not as primary remedy, cannabis is at least a most necessary adjuvant that can help patients continue their therapy. There are published clinical studies that attest the beneficial influence of cannabis in neuropathy, with results that surpass any expectation – the cannabis treatment can reduce up to 30% the pain after just a few puffs while one joint in the morning can affect the body state throughout the day lowering the pain with about 70%.

The human body is provided with its naturally created cannabinoids and their specific receptors, grouped in the endocannabinoid system that has a crucial role in a variety of processes as bioregulation, inflammation, neurologic functions or immunity. This pattern is mirrored by the phytocannabinoid system of the cannabis plant and the perfect merge that happens when they interact, results in a conjugated action that in effect upgrades the organism’s inherent capacity to protect and restore its functions.

The two endocannabinoid receptors that constitute the key to modulating and influencing a vast series of medical conditions, including HIV / AIDS are CB1 and CB2. The CB1 receptors are the ones that intermediate the psychoactive effect of marijuana, the “high”, while CB2 receptors are directly connected to the immune system, the doorway to the gastrointestinal tract and the spleen. And it is precisely the gut and the intestines that HIV targets and affects, destroying their structure and in the end passing through the cell walls into the blood stream, thus spreading through the whole organism. The primary medicinal effect of the plant cannabinoid THC is to activate the CB2 receptor and help restore the healthy cells inside the gut, while keeping the infected ones under control and within the membranes of the intestines, not leaking into the blood.

There are more 100 cannabinoids that have been documented to have a profoundly beneficial effect on the human body and the overall results are a due to their collective action, that is why extracts from the whole plant are better recommended than processed drugs that contain only one concentrated compound.

It so appears that cannabis is not only a fundamental supplement in the HIV / AIDS therapy but also one extremely promising candidate in the search for the final remedy.

This may be a bold statement, but not a preposterous one, as several studies have come up with consistent proof of the inhibiting action of cannabinoids on the progression of the HIV virus though the immune system.

One of the first studies to document this, was Dr. Molina’s research on monkeys infected with SIV (a simian of HIV) – after treating them with THC for a period of 17 months, analyzes showed significant improvement in the gut tissue and a dramatic increase in the numbers of healthy cells. Following her lead, scientists at Mount Sinai School of Medicine advanced a study that discussed the stimulation of CB2 receptors with cannabinoid receptor antagonists. This way, they stated, the signal between the HIV and CXCR4 (which is one of the receptors that HIV uses to enter the body and destroy the target cells) can be blocked. Their research concluded that by employing antagonists the efficiency of infecting and spreading of the HIV virus could be reduced by 30 to 60%.

There is also a non-cannabinoid compound of the cannabis plant that was found to inhibit the advance of HIV / AIDS. It is called Denbinobin and it’s been discovered by researchers from Germany and Spain who studied its relation with a specific replication protein that takes part in various cellular processes.

Of course all scientific pursuits are hindered by the fact that this potentially lifesaving cure is still illegal in most parts of the world. After all, how can we know for sure that it works when we’re only testing it on monkeys?

Though overlooked when coping with such devastating physical effects, the mental condition of an HIV / AIDS patient is critical for fighting the disease. The HIV virus affects the central nervous system and provokes a series of neurocognitive disorders. This feature cannot be combatted with retroviral medication as it cannot pass the blood barrier and enter the brain. The activation of the CB2 receptor though can manage to stop the HIV from damaging the brain.

There is also a whole package of emotional and psychological imbalances that inherently occur when one is impaired by such a disease. Paradoxically, the anxiety, stress, fear, depression are all contributing to the propagation of the virus, while all are themselves effects of the infection as well as side-effects of the therapeutic medication. The mental and emotional equilibrium is actually the core of one’s overall healthy condition. So, it may be the time to reconsider exactly the psychoactive effect of cannabis.

It is by activating the CB1 natural receptor of the human body that we can take advantage of the soothing and mood regulating effect of the THC and the other cannabinoids. It’s been prohibited for so long to be “stoned”, that even now when there is such hype around the medicinal benefits of consuming cannabis, we still get stuck in this taboo and forget the medicinal value of a good state of mind.

‘I had forgotten how healing enjoyment can be. Yes, pleasure is therapy.’ – Peter McWilliams, medical cannabis activist, AIDS and cancer patient.