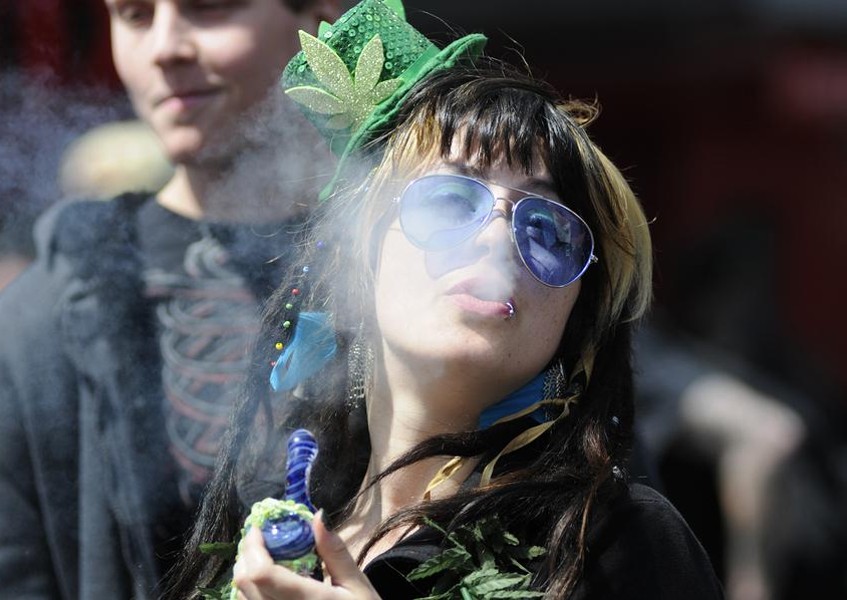 This really should be a question. That is, are cannabis supper clubs the latest trend across the country. I am cautious to confirm it as a trend because the spread of legal recreational use intrigues investors and entrepreneurs. But, the restaurant business is very tough to start and sustain.

Stoners have been mixing weed and social fun. The stigma once forced them into smoking circles around campfires on hikes or camping trips. People would gather as friends and users by beach bonfires or on boat trips to keep the fun and fumes away from suspicious authorities.

Europe pioneered smoke clubs and coffee shops where customers can use. Amsterdam’s coffee shops, for example, opened to meet the laws on “soft” drug use in public. They insist you be 18 or 21 with a passport or acceptable ID. Alcohol and cigarettes are prohibited, and while you may visit only twice a day, you can buy a maximum of 5 grams per day. So, of-age customers come in, buy, and sit around to enjoy and socialize. Such smoking opportunities are like the cigar-smoking clubs opening in many U.S. smoke-free cities.

The customer traffic generated at such lounges will not support full-fledged dining experiences. Still, with comparatively lower overhead, they are more likely to appear in big cities with legal weed.

What you are seeing now and will see more of in the future are traveling events and local pop-ups. Investors are trying to put together franchise deals, trademarked catering services, and even widely distributed packaged and frozen goods.

It’s curious the states with the longest legalized traditions have yet to establish brick and mortar restaurants. There are just too many challenges: the volatility of the restaurant sector, the difficult in banking under Federal restrictions, and the problem insuring at risk enterprises.

Nonetheless, cannabis supper clubs are stepping into to fill the gap:

♦  The Herbal Chef™ may be taking the boldest step. Los Angeles Chef Chris Sayegh offers cannabis-infused menus as well as non-infused dishes for special events, catering, and personal dining experiences. He has trademarked his recipes and approach, and the services are appearing under his brand in other cities.

Chef Sayegh has pioneered cannabis-infused fine dining to include premier ingredients, art, music, and wine. Herbal Chef currently products gourmet edibles, frozen CBD and THC-infused dinners, as well as catered and private dinners. His much-ballyhooed Herb restaurant has yet to open doors in Santa Monica. Chef Sayegh may be too busy with his enterprise and television shows, but the reviews of his work remain outstanding.

These clubs have taken off in affluent California communities like Laguna Beach, Santa Monica, and other parts of Southern California. Events are scheduled at various venues, including rooftops, terraces, galleries, and private homes with menus receiving great reviews.

Closed Door Supper Club, San Diego is another curation of food events and staff of brilliant chefs offering everything from cooking classes to fine dining options.

Depending on the location, they offer private parties, monthly grab bag deliveries, or special events catering.

♦  Gracias Madre is a stand-alone restaurant operating in West Hollywood, Ca since 2016. The food here has always been delicious, hand-prepared, and reasonably priced. It’s a high-quality Mexican restaurant with CBD-infused menus.

The chef-owners hope to fund a hotel, lounge, restaurant, and food truck promoting their barbecue and cannabis-infused appetizers and desserts.

The future of cannabis supper clubs

It’s my bet that cannabis supper clubs will not be a lasting trend. People will continue to gather with pot around food, occasionally catered by cannabis-savvy chefs. That does not amount to a trend.

Until recreational cannabis is fully legalized and local jurisdictions permit, private supper clubs may be the only way to function. But, that won’t encourage chefs and investors to open cannabis restaurants to build and expand.

So, for the time, people like Seattle Chef Unika Noiel will only work to see their restaurants closed. Liberal Seattle closed her popular LUVN Kitchen forcing her to limit her business to private events with family and friends.

Supper clubs serve a purpose, but it’s only a bridge, limited to those who can afford the fees. More experiments than those covered here are hammering at the limits of the law, and one of them will succeed in some city or state someday.

The people behind The Herbal Chef™ appear to have the keenest business acumen. Places like Gracias Madre are best positioned to move from their tradition to a richer cannabis menu when laws allow. Ventures like Uncle Budsy’s have the most optimistic ambitions. And, brains like Unika Noiel will make the difference in cannabis cuisine going forward.

So, while I admit cannabis supper clubs are multiplying, I think their days are numbered.