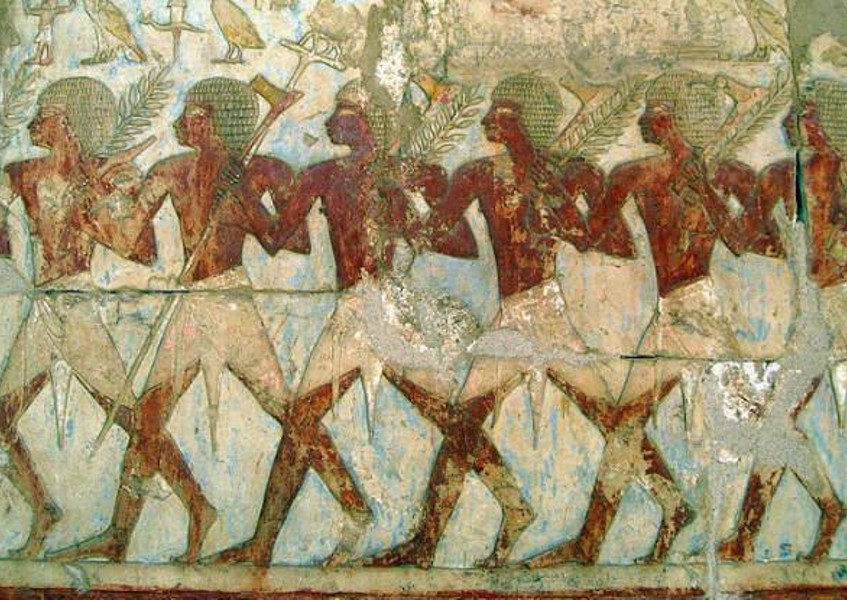 Cannabis and its derivatives have been used longer than recorded history. But, written records, images, and artifacts trace its use for at least 10,000 years. When you consider that each new generation thinks cannabis is their secret, it’s sort of funny.  Any complete world history of cannabis depends on what we have on hand, in libraries, and in legend.

It goes way back, indeed

According to Ancient Origins, “In 1997, a hemp rope dating back to 26,900 BC was found in Czechoslovakia, making it the oldest known object to be associated with cannabis.” Whether hemp, the industrial and agrarian version of cannabis, was used to fun or medicine almost 30 centuries BCE, this rope is evidence that the crop was in trade.

And, trade brings goods here and there, for price and habit, to influence and change the wants and needs of the traders and customers. During the reign of Chinese Emperor Fu Hsi, he would unite and establish the Chinese nation. He also mentioned “Ma,” the Chinese word for cannabis as a crop and medicinal treatment that restored the balance between Yin and Yang. Emperor Shen Nung (ca. 2700 BCE) would prepare a book on herbal pharmacology still in use. He described Ma as inducing numbness. He is also accredited with introducing ginseng and ephedra.

Ancient Chinese artifacts dating to 10,000 BCE include small pots decorated with etchings of cannabis fiber. They used the same fibers to weave fishing nets, create ropes, make clothes, and invent paper. And, those same pots testify to the use of cannabis as food and oil. Herbal shamans used cannabis to treat constipation, fatigue, and gout. They used it as an anesthetic in surgery and as a major cash crop.

From the mountains to the Silk Road

From 8,000 BCE forward, the Scythians were an Etruscan nomadic people who “owned” the Central Eurasian steppes. Extraordinary equestrians and warriors, they roamed from Mongolia to Siberia and west to Ukraine, Romania, and Hungary spreading Northeastern Iranian language families.

The Scythians enabled and participated in the Silk Road that carried international wealth, goods, and culture throughout the world known at the time. Cannabis was a key part of Scythian “cult of the dead.” Religious rituals honored deceased ancestors and leaders. But, it appears they smoked it for fun as well.

Most of the original strains of cannabis, known as the “landraces,” owe their origin to farming in the soils and climates of Afghanistan and Pakistan.

To Europe and the West

By 2,000 BCE, Korean farmers had carried the cannabis plant from the people of ancient China in the natural course of trade activities. Cannabis seeds were planted across Southern Asia and India. Those same trade routes spread the seeds and taster through Southeast Russia, Middle East, and Europe. By 1200 AD, cannabis is in the hands and fields of German tribes and Anglo-Saxons By 1800, it is in South America and the Caribbean and moving north through Mexico to North America around 1910. On that journey, cannabis met trouble when it was banned in Rio de Janeiro in the 19th-century.

And the modern age

Indian laborers brought cannabis to Jamaica in the mid-1800s where they introduced it to the Jamaican Africans as “ganja.” As the Rastafarian movement took shape in the 1930s, it co-opted cannabis as part pleasure and part religious ritual.

During the same years, cannabis was asserting its presence in America. The Pure Food and Drug Act appeared in 1906. And, following the Mexican-American War, a racist bias attached to marijuana as a product associated with undesired immigration.

Utah was the first state to ban cannabis except for medical use, and by 1941, 28 other states adopted Utah’s position. Still, cannabis increased in popularity during Prohibition when alcohol was outlawed in 1919.

Following the release of Reefer Madness, a 1936 propaganda film, the U.S. Congress passed the Marijuana (spelled Marihuana) to prohibit growing, sale and possession of cannabis. In 1941, the U.S. Pharmacopoeia stripped cannabis of its medicinal status. And, The Boggs Act (1952) defined penalties for drug use, including cannabis.

Raphael Mechoulam and his research team at the Hebrew University of Jerusalem isolated the chemical structure of cannabidiol (CBD) and, then, they synthesized Δ9-tetrahydrocannabinol (THC) with the aim of finding a mechanism of action for treating medical conditions.

The 70s saw attempts to legalize cannabis fail through California’s Prop 19, the Nixon era Shafer Commission, and President Jimmy Carter’s proposal to decriminalize possession of less than an ounce of weed. However, in 1986, President Ronald Reagan launched the “War on Drugs” that included cannabis as a target.

In the meantime, cultivation and trade in cannabis began to influence geopolitical decisions and policies. Morocco took leadership in hashish production. Cannabis and opium became motives, weapons, and currency in wars in Afghanistan, Chechnya, Pakistan, Iran, and Iraq.

The here and now

In 2001, Canada approved the cultivation, sale, and use of medical marijuana across the entire country. But, the U.S. had to wait for the Barack Obama presidency to declare that individual drug use is a public health issue, not a criminal matter.

And, dominoes began to fall with the 2012 decisions by Colorado and Washington to legalize recreational use of cannabis. And, while the FDA still lists cannabis as a Schedule 1 drug with opium, LSD, cocaine, and heroin, 29 states and the District of Columbia now permit medical marijuana and 9 states allow recreational use.

The future of World History of Cannabis

From the use of cannabis for fiber and paper to its worldwide traffic on the Spice Route, from the remote Steppes to the contemporary U.S., cannabis has become a major economic force. While it remains evil in the eyes of some, cannabis and its related research are making a difference in product, purpose, and the way people heal and enjoy themselves.