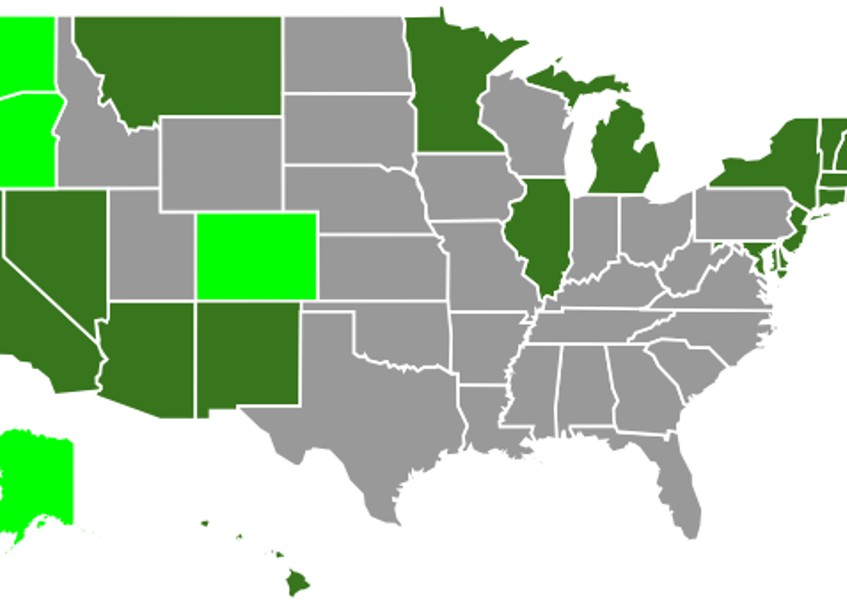 Since the popular topic of marijuana legalization has been active and growing over the past decade, we are starting to see a bigger divide created between medical marijuana users and recreational users. A community who fights for the very same cause also seems to have an unnecessary divide as well. It is time to unite as one community, and be the understanding, compassionate individuals that most of the marijuana users claim to be.

Now I know this can be a touchy subject, medical marijuana (MMJ) vs. stoner culture use but they share a lot of similarities when you compare them to one another. For instance, there is some reason in which we turned to marijuana instead of Big Pharma, or other street drugs. We choose a natural plant for some reason or another, and that is a decision we can agree upon.

The main difference these two groups share is their reasons for use. Those who use MMJ have gone through the proper channels, licensing and requirements to legal obtain their medication. A recreational user does not have as many channels to go through whether it's a legitimate state or not.  This is where the two groups start to feud and point fingers. We find MMJ users are upset with the stoners who are carelessly smoking, causing issues for the public and generally have no respect for their surroundings. It is giving those who take the proper channels a bad name still despite going the legal route.

Also, independent illegal grow operations happening in legalized states are causing issue for the MMJ and recreational regulations. Some States who already offer MMJ are afraid that to open up to the rec side in fear of promoting black market activities. Other States that already allow Rec are looking to make stricter regulations due to some of the issues that have been created from the overall legalization.  MMJ users are afraid that if a rec user continues the way they do everyone will lose their right to use marijuana including MMJ patients.

The reality of the matter is fear; we are pointing fingers at one another because the media is trying to divide us until Big Pharma can figure out a way to make a patent molecular version of marijuana. It is time for the MMJ community and the Stoner community to unite. The traditions are very similar; an MMJ user might medicate for pain, where a recreational user may do smoke to become creative, inspired or energetic. The reasons for consumption may not be for the same purpose, but they are for the same concept. Yes, we are always going to have the few bad seeds that get out of hand with it, but I would rather have someone to stoned then so drunk they could die.

If we can learn to accept each other's differences as promoted by the marijuana industry, we may be able to understand why some choose marijuana for medication, why some choose it for recreational and why others have not tried it yet. In reality, we know that marijuana is a safer option to pills, alcohol and any other street drug out there. We are aware that it does not kill individuals likes opiates and alcohol does and continues to do so. These are common grounds we can agree upon and it's time for the cannabis community to unite and grow together, whether you are an MMJ user or a recreational user.