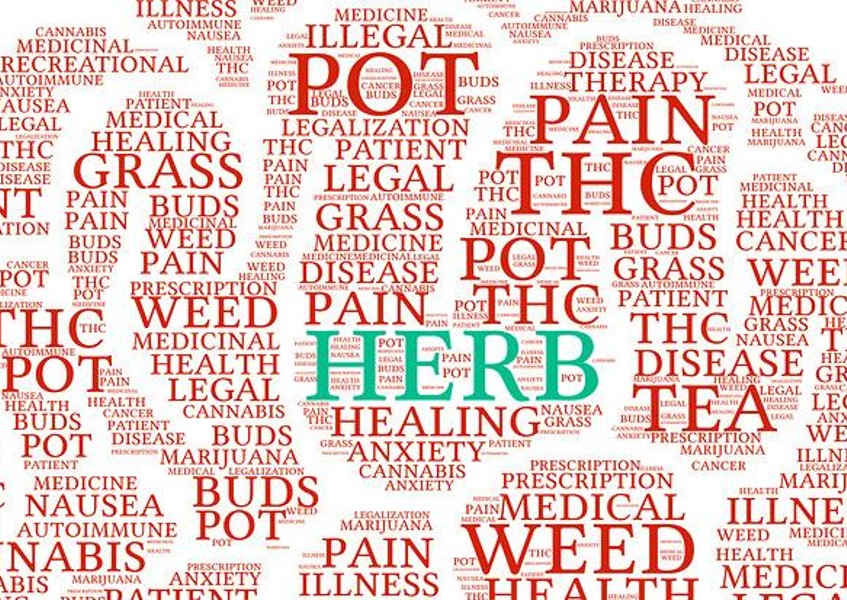 There’s no denying that the fruit of the cannabis plant has an undeniable and unique effect on the human body when it’s consumed. The interesting part comes in when you start investigating exactly why it has the effect that it does, and what’s happening to your body on the microscopic level. In this in-depth article, you’ll delve deep into the brain and body to discover precisely what is happening inside you when you use cannabis.

From the moment you inhale your first hit, the cannabinoids in marijuana are starting to take their effect. They make their way quickly from your lungs into your bloodstream, and from there are distributed throughout your entire body and brain. THC and CBD are two of the most famous cannabinoids, but any one strain will contain no fewer than 60 different cannabinoids at any one time. There are also cannabinoids present naturally in our brains, and THC closely resembles, on a molecular level, one such natural cannabinoid that helps to regulate things like our appetite, sleep schedule, memory, and overall mood. That’s why these things are so strongly influenced by THC-heavy marijuana strains, and common symptoms like the munchies, sleepiness, and euphoria are often experienced. There is also some preliminary research that suggests those who regularly use cannabis could be better protected from age-related memory loss for the same reason.

The structure of cannabinoids themselves is somewhat unique in the natural world, and it’s what lets them cross the blood-brain barrier. This is how the chemicals go from being ingested into our lungs to bouncing around our neurotransmitters, and it’s what makes cannabis such a potent drug. Once within the brain, cannabinoids bind to the nearest endogenous cannabinoid neurotransmitter receptor, effectively fooling the brain into thinking it is a natural part of the body rather than the foreign intruder it really is.

Cannabinoids generally bind to two different types of receptors- the CB1, which is found in large numbers in the brain, and the CB2, which are distributed throughout the body and whose function is not yet entirely known. Once the receptors are triggered, dopamine release is greatly increased, leading to a flood of good feelings in the brain and body.

Immediately after smoking, several other changes will also occur within the body, such as increased heart rate, relaxation and enlargement of the bronchial passage, and expansion in blood vessels in the eyes, making them appear red or bloodshot. The expansion of blood vessels in the eyes may be an annoying telltale sign for some users, but for glaucoma patients, it’s this effect that makes marijuana such an effective treatment. You may also experience other symptoms like hunger, dry mouth, cold or trembling hands, and sleepiness. These short term effects usually begin to be felt within a few minutes, peak after about half an hour, and diminish completely over the course of two to three hours.

One of the most significant, but often overlooked effects of cannabis is its effect on heart rate and blood flow. In some cases, it can cause a person’s resting heart rate to double, while THC acts as a vasodilator, leading to increased blood flow all over the body. Because of this vasodilation effect, where the blood vessels are opened up and more blood is allowed to flow freely through them, blood pressure is generally lowered even as heart rate shoots way up.

Cannabis can also lead to a drop in testosterone levels in men, which return to normal levels after the high has passed. In men, it can also lead to a decrease in fertility, since it makes sperm swim more slowly and with less purpose. It also stimulates the olfactory bulb, the part of your brain that senses smells and to a certain extent, tastes. This suggests a heightened visceral awareness overall, making smells more pronounced, tastes even better, and colors appear sharper and more vibrant.

Since the short term effects can be so pronounced, it makes sense to wonder whether continued, heavy, or prolonged use will result in any permanent changes within the brain. For the most part according to the research that is currently available to us, this doesn’t seem to be the case. Though concentration and memory are significantly impaired during active marijuana use, after 3 weeks of abstinence, they both return to normal levels. The only long term health consequence of using marijuana is the respiratory problems caused by smoking it. Luckily, these can be avoided by choosing a different method of consumption, like vaporizing, edibles, or even trying out some topical creams, lotions, sprays, or oils.

This is all assuming that the subjected started smoking marijuana in adulthood. In teens, prolonged use can absolutely lead to slowed or stalled development as well as difficulty adjusting to adult life. Starting marijuana use too early can also lead to an increased likelihood of becoming dependent upon the substance. While marijuana itself is not physically addictive, about 10% of users, especially those who started in their teenage years, exhibit symptoms of psychological addiction to the substance. In teenage brains that have not yet fully developed, marijuana can wreak havoc, so it is vitally important to keep marijuana out of the reach of children until they’re old enough to enjoy its benefits without suffering from its adverse effects.

Of course, the effects of marijuana can be quite different depending on how you consume it. Anyone who has tried both knows that the relaxed, body high you get from eating pot brownies is a lot different from the mind buzz you get after smoking a joint, even if you’re using the exact same strain. Let’s investigate why exactly that is. It’s the same plant after all, why should they be so different?

Smoking is probably the most common way to ingest weed, but it is also the most problematic. Inhaling smoke from any combusted product, be it tobacco, marijuana, or a simple wood campfire, is damaging to your lungs and over time will lead to a buildup of tar and soot inside the body. By the time you’ve ground up the bud in your weed grinder, rolled it into a paper product (that could potentially contain carcinogens) and started smoking it, a lot of impurities could have been introduced that may adversely affect your health.

Smoking can cause long term respiratory issues and even certain types of cancer. Vaping offers a safer alternative because there is no harmful smoke involved. The vaporizer simply heats the bud to the proper temperature for vaporization, and you inhale that vapor. You’re inhaling a gas rather than smoke, both carrying cannabinoids into your lungs.

From there, the process is the same. When you smoke or vape weed, you inhale the combusted or vaporized marijuana into your lungs, where it then travels into your bloodstream and eventually makes its way into your brain, binding with neural receptors there.

Ingesting marijuana orally is a bit different from inhaling it as a smoke or a vapor. When you eat marijuana infused edibles, the substance first travels through your liver, where it is transformed into a more potent chemical version of itself, 11-hydroxy-delta-9-THC. The 11-hydroxy-delta-9-THC version of THC is significantly more potent than its smokable counterpart, and the chemical transition within the liver takes time. That’s why edible highs take longer to hit you but are much stronger once they do. Remember if you’re new to edible to start slowly and with a low dosage, because it takes time for the cannabinoids to work their way through your body when you ingest it this way, but once they do it will be in a much more potent form than you’re used to.

Topical applications are absorbed through your skin and seep into the bloodstream, eventually passing through the blood-brain barrier in a similar way to marijuana that is smoked or vaporized, though it skips passing through your lungs. Transdermal creams and lotions like this typically are made in a non-psychoactive form, so they won’t get you high. Still, they’re good for improving blood flow, pain relief, eczema, headaches, arthritis, and may even have a positive effect on your complexion and your libido. These topical products provide localized effects just on the area where you choose to apply them, without a full body buzz or noticeable cognitive impairment.

Effects on Those Suffering from Certain Illnesses

There are many conditions that can be significantly helped with the use of medical marijuana. Among these are anxiety, depression, post-traumatic stress disorder, glaucoma, age-related memory loss, migraines, AIDS, epilepsy arthritis,  multiple sclerosis, ADD/ADHD, nausea, and certain types of cancers.

One interesting and somewhat counterintuitive medical effect of marijuana is its use in treating age-related memory loss. It’s unexpected because, when used by young people with healthy brains, cannabis generally causes impaired memory or at least difficulty in forming new memories while using the drug. However, in older patients suffering from memory disorders, cannabis can actually reduce brain inflammation and restore neurogenesis, allowing older brains to start forming new neurons again. It doesn’t take much at all to achieve this favorable results, and as one geriatric doctor has made his personal motto, “one puff is enough.”

The positive effects of marijuana on migraines was discovered after a researcher noticed an unusual trend. A significant number of migraine sufferers had reported that their migraines started suddenly shortly after they had quit smoking marijuana. This lead the researcher to the discovery that frequent marijuana use can actually block migraines from occurring altogether. It is thought that this works partly because of marijuana’s natural analgesic or pain killing properties, but more research will need to be done in order to know for sure.

Medical marijuana is effective in treating depression because of its effect on dopamine levels in the brain. When THC binds to the brain’s receptors, it triggers a large release of dopamine which can help relieve feelings of depression and bring balance back to the chemicals in the brain.

The THC in cannabis can also be helpful in lowering the IOP levels of patients suffering from glaucoma. It can act either as a supplement to or replacement for traditional glaucoma remedies like eye drops or even surgery. Keeping IOP levels down can ease pain and prevent blindness, improving the health of your eyes along with your quality of life.

Epilepsy is a notoriously difficult to treat condition, with existing medications having lengthy lists of unpleasant side effects and about 30 percent of patients resistant to all types of traditional treatment. That’s why medical marijuana can offer epileptic patients and the families of epileptic children so much hope and relief. A study conducted in 2003 at Virginia Commonwealth University found that the cannabinoids from marijuana provide benefits typically not found in conventional pharmaceutical epilepsy treatments. Those benefits include encouraging anticonvulsant activity as well as limiting seizure duration of epileptic episodes.

For cancer patients, marijuana is a helpful drug because it can significantly reduce the unpleasant side effects of chemotherapy such as nausea, vomiting, dizziness, and pain, among others. Several studies have shown that cancer patients who were using medical marijuana required less pain medication from their healthcare providers. These are great uses, but hopefully soon marijuana will take on a much larger role in the treatment of cancer.

Scientists have made preliminary discoveries suggesting that cannabis-based medicines can actually shrink or kill cancerous cells in a laboratory environment. As research into this new medicine continues, hopefully we should soon see a new marijuana-based cancer treatment becoming available across the country and eventually the world. Obviously we have a long way to go before that happens, and even under the best of circumstances, it won’t be a miracle cure, but for now, the research seems promising.