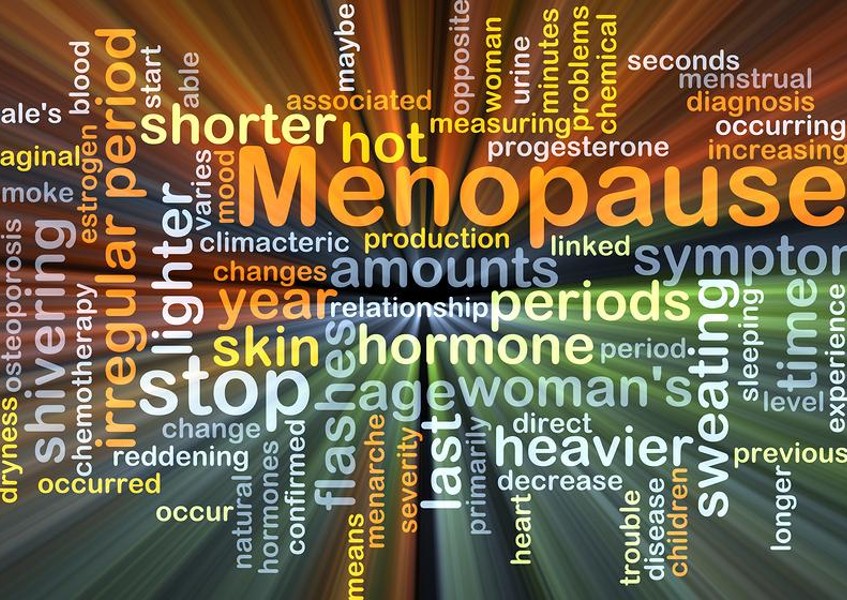 It is without a doubt that women can benefit from cannabis consumption in many ways. It is also undeniable that there are many things that women endure during their lives in which marijuana can play a large factor in providing relief from such as menstrual cycles, PMS, cramps and the many other great things that come along with being a female. Many women have even chosen to medicate with cannabis to treat morning sickness during pregnancy. There is one time in every woman’s life though that cannabis can be very beneficial and that is during menopause.

It’s More Than Just Physical Changes and Side Effects

During this time, many things change, and many side effects are experienced. Many people believe that these changes and side effects are only physical. However, there are a lot of mental and psychological aspects that are also involved with menopause. To truly be able to understand how cannabis can help a woman during menopause you must first understand what menopause is. Not only must you know what it is you must know the key things that change within the woman’s anatomy during this time as well as the side effects that occur.

Menopause can best be defined as the time in a woman’s life in which her reproductive cycle changes and she is no longer able to reproduce. This is a result of a reduction in estrogen and progesterone produced by the ovaries. During menopause is when a woman’s menstrual cycles also come to an end. Essentially it is the end of a woman’s fertility. Menopause typically occurs in a woman between the ages of 40 and 61. Menopause is not something that happens overnight. In fact, it can last for several years, and there are a few different stages of menopause. The average age in which women will have her last menstrual cycle is 51 years old.

Causes of Early Onset of Menopause and Common Side Effects

This is when menopause naturally occurs, but there are other factors that may cause it to happen sooner. Some of these factors include surgically induced menopause (bilateral oophorectomy or hysterectomy), chemotherapy treatment, genetics, autoimmune diseases and genetics.No matter how menopause comes about it will bring upon side effects that are not experienced when a woman is having her menstrual cycle on a regular basis. Side effects of menopause include night sweats, hot flashes, lack of sex drive, discomfort during sex, and much more. All the way from the anxiety and depression to insomnia and hot flashes that occur during menopause, cannabis can help

So now that we have a general idea of what menopause is let’s look at how marijuana can help during this inevitable time in a woman’s life.

Mood swings– Let’s face it, weed makes people happy! It only makes sense that it would be a great medication for women suffering from mood swings or irritability during menopause.

Weight gain– Science has proven that cannabis consumer maintains a lower average BMI (Body Mass Index) in comparison to those who do not consume cannabis on a regular basis. There is also a brand of cannabis launching soon in major markets that are specially formulated NOT to give you the munchies like most strains on the market today. This brand will be known as Skinny Girl Weed, and it will be brought to you by Bethenny Frankel who is also who we have to thank for Skinny Girl Cocktails!

Night Sweats and Hot Flashes– Studies have shown that marijuana consumption will naturally boost the serotonin levels within the human body, and it will also cause the endocannabinoid to work more efficiently. Both of these factors can help in the reduction of hot flashes and their severity. These factors can also help to reduce anxiety that is commonly experienced during this time. Some individuals believe that cannabis consumption also lowers the body temperature, but there have been no significant studies conducted thus far.

Decreased Sex Drive– Many cannabis consumers claim that marijuana increases their sex drives. There are even specific cannabis products that can be purchased that are formulated to increase the libido in women. These cannabis strains have the perfect brand name, Sexxpot!

Discomfort during sex– Aside from cannabis flowers for smoking or oils for vaping there are many other cannabis products on the market today including cannabis-based sexual lubricants that can help relieve the primary cause of discomfort during sex, dryness. One of those products is a personal lubricant formulated to increase female excitement named Foria.

Research and What We Know Thus Far

A Healthy Endocannabinoid System is Key

During menopause estrogen levels are lowered naturally within the body which leads to a less stimulated endocannabinoid system that results in a weakened ability to elevate mood or to respond to stress triggers. Consuming cannabis helps to keep the endocannabinoid system functioning at an optimal level. So to me, it is only sensible to think that you should nurture this system even more during menopause. Choosing cannabis during menopause has helped thousands of women for hundreds of years, and chances are it can also help you!