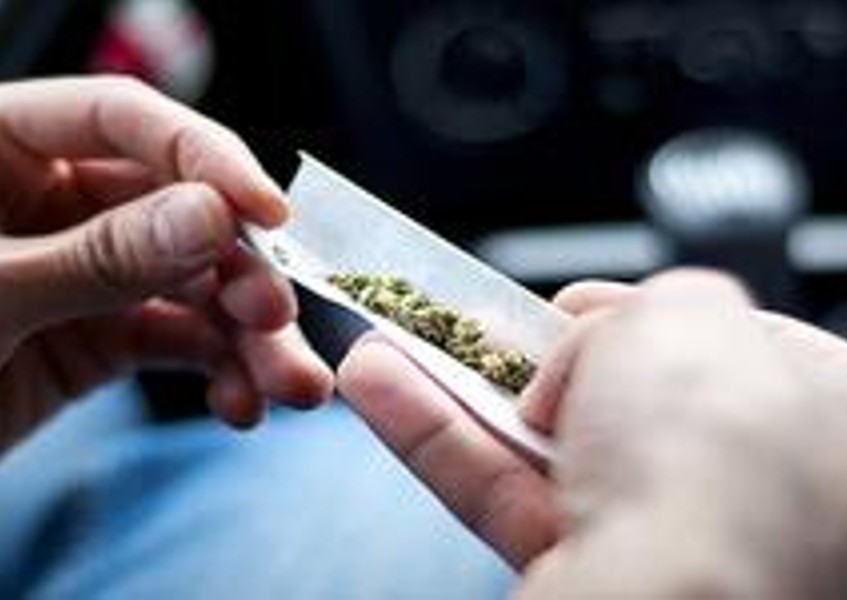 There are two primary types of cannabis inhalation methods: smoking and vaporization.  This article covers a variety of marijuana smoking methods; a separate article covers “Vaping.”

When cannabis is inhaled, the gases enter the lungs and, depending on the type of marijuana and the delivery system, the cannabinoids Tetrahydrocannabinol (THC), Cannabidiol (CBD) and Cannabinol (CBN) are absorbed into the bloodstream in varying amounts.

The following are typical methods for smoking marijuana.

The most common name for a marijuana cigarette is a “joint.” Joints are made by wrapping cannabis in a “rolling paper,” which is very thin and usually has a strip of adhesive along one edge.  The cannabis is broken or ground into small pieces and then rolled – it is similar to a tobacco cigarette with tapered ends. Specially manufactured rolling papers are now made from a wide variety of materials including rice, hemp, and flax.  Reasonably priced rolling papers can be purchased in medical marijuana dispensaries, tobacco shops and online.

A common variation for tobacco smokers is to mix cannabis mixed with tobacco to deliver nicotine with THC.

A blunt refers to an inexpensive tobacco cigar or cigarillo that has been hollowed out and filled with marijuana. In addition to using cheap cigars and cigarillos to smoke cannabis, a variety of blunt wraps, including some made of tobacco or hemp, are commercially and legally available because they are ostensibly for rolling cigars.

Marijuana pipes are usually handmade and can be glass, ceramic, metal or other materials.  They characteristically have a screen across the “bowl” of the pipe, and a stem that traps the smoke and leads to the mouthpiece. Next to the bowl there is a small hole, called a “carb” (carburetor). The marijuana is placed on the screen across the bowl, where a heat source is applied (with a lighter or match), a finger is placed over the carb, and air is drawn through the mouthpiece. Releasing the carb after inhaling clears the chamber.

A One-Hitter is small metal pipe designed to look like a cigarette and is used to disguise cannabis smoking.   One-hitters have a smaller bowl than regular pipes and do not have a carburetor hole – this means more smoke is inhaled (and less is circulated in the air, reducing the marijuana aroma).  It also means that ash can be inhaled and the vessel itself has a tendency to clog.

Like hand pipes, water pipes come in a variety of styles and designs, but they also incorporate a filtration system that passes smoke through water before it is inhaled. Ice is sometimes added to the water to further cool the smoke and decrease airway irritation. While water-based systems do filter out ash, research on the health benefits of water filtration are inconclusive. Water cools the smoke and makes it less harsh on the respiratory system, but it's uncertain whether it acts as an effective filter for potential cancer-causing compounds. There is significant evidence, however, that water filtration delivers lower THC levels (the psychoactive component of cannabis) than direct smoke inhalation, and that increased oxygenation may increase CBN levels.  CBN, while having some psychoactive characteristics, is less potent than THC and is credited with being a sleep aid.  For some medical protocols, lower THC levels and higher CBN levels are desirable traits.

The term Gravity Bong describes both a Bucket Bong and a Waterfall Bong, since both use air pressure and water to develop smoke. Retail versions of both types are available.

A Bubbler is a cross between a pipe and a bong.  It is a small, hand-held device with a stem and a mouthpiece like a pipe, but it has a water chamber through which the smoke is filtered.

A hookah is a style of water pipe that is used to smoke flavored and sweetened tobacco, called shisha. The hookah pipe has separate chambers for the tobacco and water, and has one or more flexible tubing stems from which the tobacco smoke is inhaled – making it a group activity.  The tobacco chamber in a hookah consists of a bowl that contains burning charcoal placed on top of the flavored tobacco. The charcoal typically is separated from the tobacco by perforated aluminum foil.  Hookas are not considered to be particularly efficient cannabis delivery systems because the burning charcoal is too hot for marijuana. However, some consumers report that mixing 1/3 marijuana with 2/3 shisha is successful.