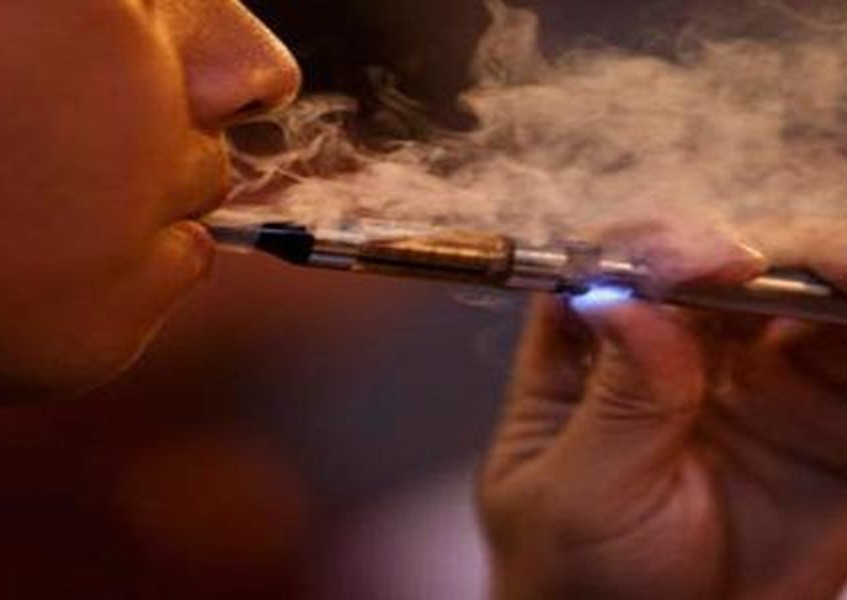 Marijuana vaporization, or “vaping,” has become a trend among cannabis users because it provides an alternative to inhaling charred plant matter and all of its associated toxic tars, carcinogens and respiratory irritants.

Studies published by the Journal of Psychopharmacology, the University of California at San Francisco, and the Journal of the American Academy of Neurology, among others, have characterized  vaporizing as an effective cannabinoid delivery system with virtually no exposure to harmful combustion products.

Vaping first gained popularity with smokeless electronic cigarettes (e-cigs) -- battery-operated vaporizers that simulate smoking without actually involving smoke. Plant materials are heated just below the point of combustion and the user inhales an aerosol or “vapor,” instead.

Vaping technology has become popular for cannabis smokers, as well---especially for those using medical marijuana.  These devices either heat the marijuana in a non-combustible chamber that releases aerosol cannabinoids, primarily Tetrahydrocannabinol (THC) and (CBD), or use a derivative oil.

Vaporizers heat the plant material to temperatures below 446°F, the point at which combustion begins, with some devices allowing consumers to control the temperature and the amount of cannabinoids and terpenes (aromatic components) released.

One of two types of heating mechanisms are used to convert the plant matter to vapor:

Stationary, or home vaporizers are placed on a solid surface and require electrical power. Larger and more powerful than portable vaporizers, they can accommodate larger quantities and are easier to share

Personal, portable vaporizing devices, which are battery operated and can be charged via USB port and taken anywhere, create vapor from either finely-ground marijuana or with solvent-extracted concentrates (wax, shatter, oils).  The most popular portable devices are vapor pens, which are similar in shape and size to an e-cigarette.  The contained systems eliminate the cannabis odor associated with traditional marijuana consumption forms, and are therefore desirable as a discreet method to indulge.

Plant-based devices are loaded with either hash or finely ground cannabis and, when the product is purchased at a known dispensary, the user has a high degree of certainty about the product.

Vape pens that are designed to be used with oil usually require cartridges that are pre-filled with marijuana concentrate liquids. These products often have questionable origins because there are no processing regulations for creating oils---even in most states that have legalized medical marijuana.

Cannabis oil is made by extracting THC (Tetrahydrocannabinol) from the flowering female cannabis plant by forcing some sort of solvent, usually high-pressure butane gas, through the material. After extraction, the resulting mix is washed with alcohol or undergoes other steps to remove traces of the solvent and particulates. The collected result is called Butane Hash Oil (BHO).

However,  because BHO production is not uniformly regulated, even in states where medical marijuana is legal, there are no mechanisms to ensure product and manufacturing safety.  In California, for example, it is legal to sell BHO cartridges and products, but illegal to produce them.  In Washington State, only those that have a recreational 502-licensed facility can use butane production, which eliminates most dispensaries.

Because many medical marijuana treatment recommendations are cannabidiol (CBD) –based  rather than THC-based, extraction methods used for topicals and edibles are being developed for vaping purposes.

Regardless of your vaping method, critical to your experience is keeping your equipment clean, especially chambers that may have residue, connectors and mouthpieces. Valves should also be checked for metal shavings.  Hint: Most users recommend using vodka or Everclear to avoid any toxic effects from isopropyl alcohol.