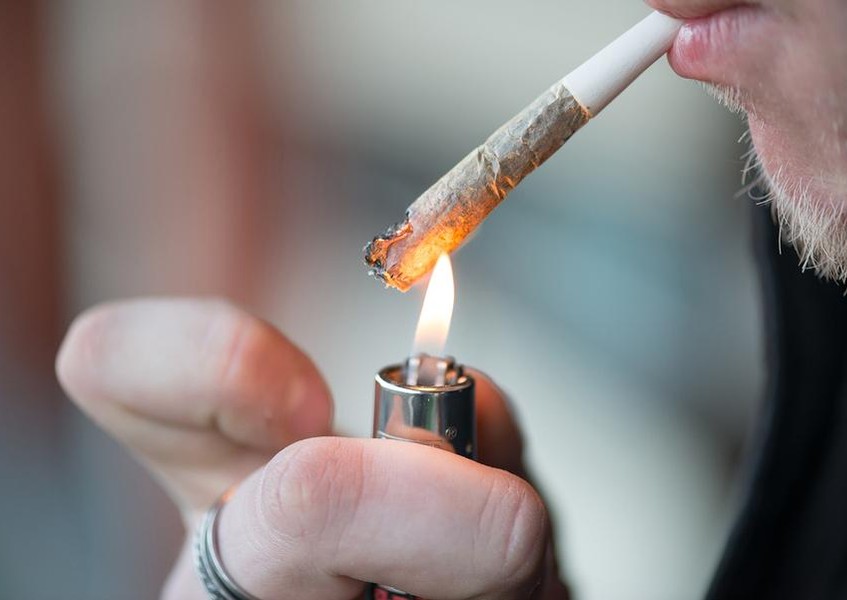 Is smoking weed, good, bad, or indifferent for your health? Hmm, good and complex question.

One of the problems with the U.S. position on cannabis is that research is effectively discouraged because of its standing as a controlled substance. The government has authorized only a few places to raise it and experiment leaving Israel, where marijuana is illegal, to pioneer in cannabis research.

Let’s try for some balance

Well, you can begin by clearing the table of other issues. If you keep cannabis under the microscope for the purposes of this review, you can leave out the comparisons with cigarettes, alcohol, and other “vices.” Keep your focus on the effects of cannabis on your health.

Notice that the question seems to assume smoking weed is bad for your health; it’s basically asking “how” bad it is. So, you should not forget that millions of users for thousands of years have reported relief of symptoms following their smoking. Even the Mayo Clinic reports, “Cannabinoids are likely safe when used for specific conditions at the recommended doses for the recommended amount of time.” Let’s try for some balance.

The question raised relates to smoking weed. It ignores other forms of cannabis treatment and ingestion, so you can leave them out of the discussion. Beyond these cautions, you can break it down to key issues:

Eyes: THC dilates the blood vessels and increases blood pressure. It’s that mechanism that relieves glaucoma’s pressure on the optic nerve. The dilated blood vessels show as reddened eyes. Smoke in unventilated rooms and dirty contact lenses can also irritate the eyes. The effect is short-lived and harmless, and red eyes are successfully treated with over-the-counter eye drops.

Nose and Throat: Occasional use may produce allergic effects like runny nose or watery eyes. But, users may find the allergies are specific to some cannabis strains and not others. Even though smoking marijuana does not expect you to inhale or exhale through the nose, the nose will be involved in the respiration. Tiny hair-like cilia line the nose to trap airborne irritants. And, smoking anything will interfere with the cilia function allowing infections through to the sinuses and lungs.

So, obviously repeated use and high dose usage of any substance will aggravate the problem.

Lungs: The American Thoracic Society is firm that smoking anything puts people at risk for lung damage. The ATS, addressing the use of marijuana, says, “Few research studies have been done since marijuana remains illegal in most countries, and since marijuana can be inhaled in many ways (e.g. water pipes, joints, etc.), it is likely that in frequent users (and some less frequent users), marijuana harms the lungs, and that there is not a safe way to smoke marijuana.”

So, even without research evidence, they reasonably conclude that it presents a real risk of bronchitis and COPD. And, they seriously warn asthma sufferers and cystic fibrosis patients to avoid smoking weed.

They also take the positions that marijuana contains carcinogens that put smokers at risk for lung cancer, something that is aggravated by the fact that smoking takes in more smoke and holds it longer.

Unfortunately, the reality complicates any study. Many marijuana smokers also smoke tobacco, so it’s hard to differentiate the cause and effect. On, the other hand, the occasional weed smoker probably smokes considerably less than the regular toker.

So, now, you must assume that bringing any foreign substance into your lungs presents some risk aggravated by habit and other health conditions.

Sexual Dysfunction:Dr. Christopher Asandra, writing for askMen.com, points out a disconnect between men whose sexual performance is improved because they are relaxed and those whose testosterone drops leading to erectile dysfunction. It may also contribute to premature ejaculation and the inability to achieve orgasm.

Research by Dr. Rany Shamioul at Canada’s Queens University indicates there are cannabinoid receptors in the smooth muscle of the penis and the clitoris and cannabis antagonizes that receptors making it more difficult to reach orgasm.

There needs to be an equal balance

Smoking weed is a smoking event, and smoking even an organic substance affects the brain and body. Because of known and certain results, it should be strongly discouraged among children and teens while the body and brain are developing.

Other than that, even known risks are a function of the individual’s genetic factors, the choice of product, and the frequency of use. The little serious research has failed to make any conclusive connection between marijuana use and mental or physical health problems although you can see that ingestion presents some health problems for some users.

So, if you’re asking if smoking weed for non-medical reasons bad for your health, Dr. Francesco Filbey, principal investigator and associate professor at the School of Behavioral and Brain Sciences at the University of Texas at Dallas, advises, “Too much or too little of anything isn't good. There needs to be an equal balance."