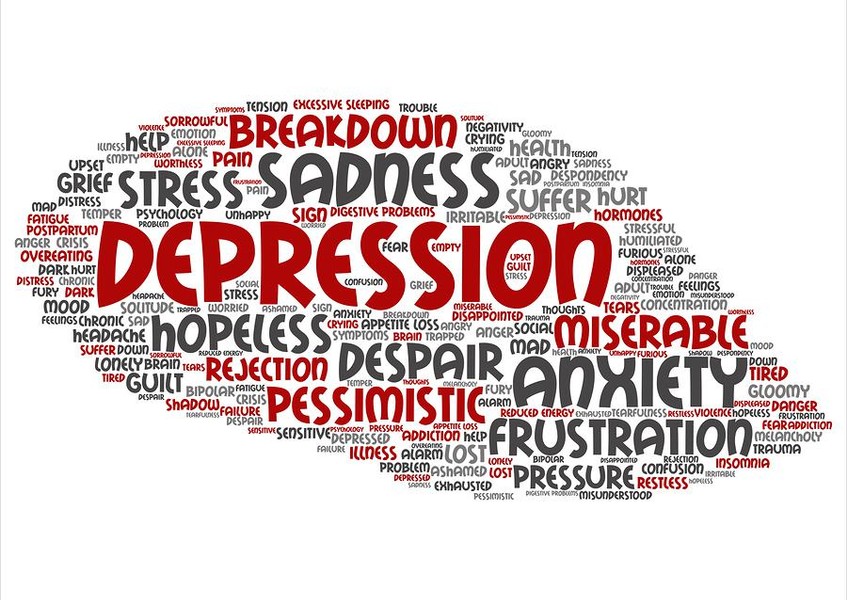 Depression is a serious mental illness and mood disorder that can cause many problems to people who are affected by the disease. There are various different types of depression such as major depression, dysthymia, bipolar disorder or manic depression, seasonal affective disorder and all of these forms of depression can take over someone’s life and make simple daily activities a hassle.

Depression is a serious illness that can affect anyone in the world no matter their location, age, and gender. An estimated 350 million people all around the world suffer from the illness and it should be treated as soon as possible, as it can lead to some tragic ends such as suicide.

There are many different causes of depression such as genetics, stress, conflict, loss, abuse, major life events, and many others. There are various symptoms that show someone could be suffering from depression. If you know that you or someone close to you is suffering from depression and are thinking about what could help fight it, there are many ways to treat it. However, many people have turned to medical marijuana as a way to combat their depression.

Even though the use of medical marijuana in the fight against depression might seem like a relatively new tactic, it’s actually been used for this purpose for centuries. One of the earliest known written records of the cannabis plant being used in this way dated back to 1621 when an English clergyman Robert Burton wrote about it in The Anatomy of Melancholy. Around the same time, doctors in India were using cannabis to help treat their patients’ depression so it’s actually one of the most prominent medicines throughout history.

Medical marijuana is a completely natural remedy that according to many patients works faster than over-the-counter antidepressants. It works by stimulating the endocannabinoid system and speeding up the growth of nervous tissue with little to no side effects. It enhances the patient’s mood while at the same time relieving anxiety and battling insomnia which are all negative symptoms of depression. It also provides focus and energy which can be significantly reduced when a person is suffering from depression.

This happens because marijuana has a direct influence on the Endocannabinoid System and its cannabinoid receptors CB1 and CB2. Cannabis consists of more than 100 compounds and out of all of these compounds, the best known as well as the most researched are Cannabidiol (CBD) and Tetrahydrocannabinol (THC). When THC and CBD enter the human body, they interact with the cannabinoid receptors and regulate a person’s mood, especially if they’re suffering from a mental illness such as depression.

There have been various studies all over the world that have observed the effects medical marijuana has on people suffering from different types of depression and most of the results have shown just how effective the cannabis plant can be.

A study done in 2006 at McGill University in Montreal showed that people suffering from depression who consumed cannabis daily or even occasionally had much lower symptoms than patients who were using other forms of treatment. The research showed that low doses of THC and CBD found in medical marijuana can produce serotonin, also known as the happy chemical. Serotonin plays a major role in the human body and is a natural mood stabilizer and helps fight depression.

The University Medical Center Utrecht in the Netherlands conducted a study where they observed the effects THC has on the human brain. Their results showed that the chemical directly reaches the endocannabinoid system in the brain and alters the response it has to negative emotions or even images caused by traumatic events. A different study showed that people suffering from bipolar disorder (a type of depression which causes rapid mood swings as well as rapid speech and impulsive behavior) had improved cognitive function after using medical marijuana.

A senior research scientist at the University at Buffalo’s Research Institute on Addictions who studies chronic stress and depression, Samir Haj-Dahmane, said that one of the major causes of depression is chronic stress. This problem can be resolved by using compounds derived from cannabis such as marijuana that have a great role in restoring normal functions in the endocannabinoid system which alleviates stress and increases moods. This is all great news for people who prefer to treat their illnesses with natural remedies as opposed to man-made medication.

Even though there haven’t been too many studies to date on the effects medical cannabis has on depression, the ones conducted so far show positive results however it’s important to remember that it could have different levels of result for different patients so make sure to consult your doctor if you believe medical marijuana could be the right choice for you.