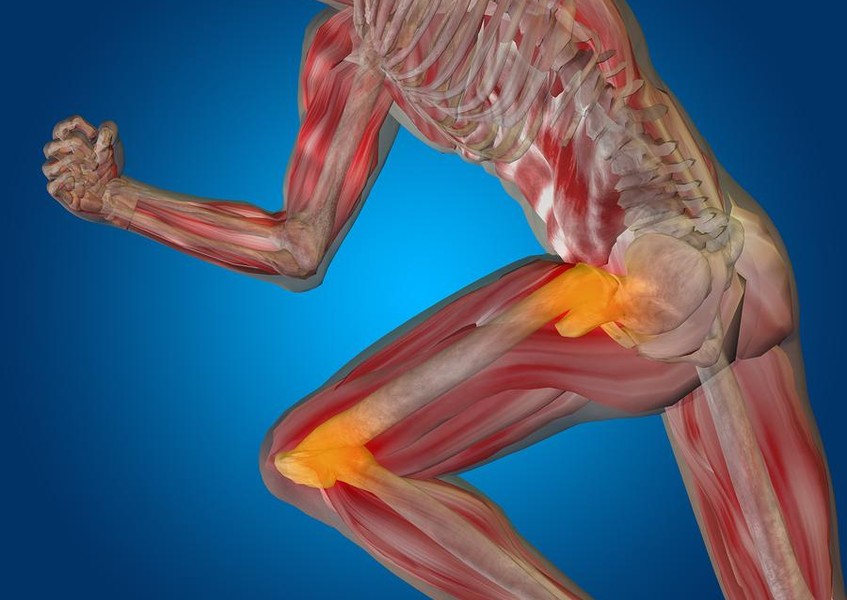 In 2015, the mainstream media and the cannabis advocacy media were fat with articles touting the results of a study at Tel Aviv University. The years since have not shaken the study’s conclusions, but the results are worth considering again.

With the renewed interest in potential in medical marijuana, the results can be meaningful or accepted with some caution. If the study saw lab rats heal their broken bones faster with cannabis, you’d want to know if and how it works for humans.

He directed the 2015 study on if and how cannabis-derived and endogenous cannabinoids regulate “bone fracture healing, osteoporosis, Osteogenesis Imperfecta, and inflammation-induced bone destruction.”

He published the results of tests on lab rats in the Journal of Bone and Mineral Research as  “Cannabidiol, a Major Non‐Psychotropic Cannabis Constituent Enhances Fracture Healing and Stimulates Lysyl Hydroxylase Activity in Osteoblasts.”

For laypeople, the research meant “cannabidiol (CBD), one of 85 known cannabinoids in the marijuana plant, significantly sped up the healing process for fractured leg bones in rats after eight weeks. The same researchers previously found that cannabinoid receptors in human bodies, when triggered by the administration of cannabinoids, can boost bone formation and limit bone loss.”

In fact, they found that CBD was more successful than CBD combined with THC. This suggests the potential for development of CBD-derived treatments for osteoporosis and degenerative bone diseases.

As Dr. Gabet explained to Newsweek, “Specifically, the CBD compound strengthens fractured bones during the healing process by promoting the maturation of collagen, which forms a key structural component in bones as well as tendons and ligaments….’After being treated with CBD, the healed bone will be harder to break in the future’.”

What’s the science since then?

A newer widely-covered study from Scotland does not discount the Tel Aviv study. But, it takes a different direction finding, heavy cannabis users have a lower density than cigarette smokers. As WebMD reports, “People who are very heavy users of pot have more than twice the risk of suffering a broken bone compared to people who only smoke tobacco cigarettes.”

There are a couple of problems with this study led by Stuart Ralston at the University of Edinburgh's Center for Genomic and Experimental Medicine:

HealthDay quotes Mitch Earleywine, Professor of Psychology at the State University of New York at Albany and an advisory board member for NORML, a nonprofit group that advocates the legalization of marijuana. He points out, "Only the heavy users are showing these effects, and they are relatively small…. I would emphasize that in a sample like this, 'very heavy cannabis use across the lifetime' might very well be serving as a proxy for unmeasured dietary and exercise contributors to bone density.”

And, in an earlier study (2009) led by Dr. Ralston, the Edinburgh team concluded, “The study has found that although cannabis could reduce bone strength in young people, it may protect against osteoporosis, a weakening of the bones, in later life.”

What’s your takeaway about cannabis and strong bones?

All the researchers involved have gone on record that research on the matter is limited, mostly by the stigma attached to cannabis. Still, they have apparently narrowed in on an area worth serious consideration.

That is, CBD apparently has a direct connection with strengthening bones and healing fractures more quickly. That’s a long way from recommending a strain or dosage directed to these results. Still, it prompts further research by pharmaceutical manufacturers.

It also tells you that chronic aggressive cannabis smoking over long periods risks loss of bone intensity and risk of osteoporosis. It tells you to use recreational or medical cannabis with prudence and moderation. And, it suggests you advocate for more research and data-based decisions in buying and using.

You might research the list of scholarly approached on ProjectCBD. You are at risk of bone loss, osteoporosis, or other degenerative bones conditions if you smoke tobacco, drink alcohol, avoid exercise, or miss calcium levels. You are at risk as you age, if you are female, and if there is a history in your family.

So, if you know you are at risk, you must consider the cannabis strain and method of consumption, the sooner the better. For example, while science knows that CBD accelerates the healing of fractures in mice, you can’t expect that to work by toking following an injury.

It does mean if you have a habit of preferring a strain with heavy CBD dominance, you may build up defensive and offensive bone development and remodeling over time. But, if you are a heavy chronic user, osteo-issues may not be your biggest health problems.