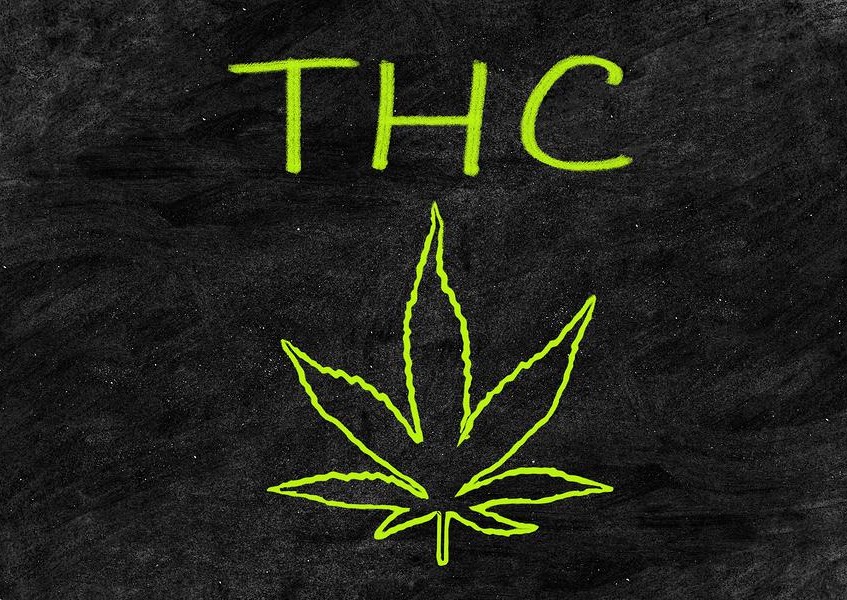 THC is not the enemy. It’s a chemical component of plants in the cannabis family. The formula is described as trans-Δ⁹-tetrahydrocannabinol or C21H30O2. It is more strongly present in some lines of the plant than others. And, it interacts on the physical, neurological, and psychological systems differently on different people.

This is THC, but it is continually the subject of myths and misconceptions that mislead users as well as non-users.

1. THC is a killer! There is no evidence to support that anyone has died directly from cannabis. That’s not to say, it should not be mixed with heavy drinking or driving. However, it is possible to overdose.

An overdose is not easily calculated because it varies with the strength and volume of the THC and the physical and psychological makeup of the consumer. Symptoms of high potency and/or an overdose include anxiety, dizziness, and lack of coordination. At worst, it can produce a level of paranoia or near schizophrenia.

2. THC is addictive! There is no evidence to support the idea that THC is addictive. Nothing in its chemical composition alters human systems in the way alcohol or hard drugs do. However, it can lead to repeated use.

CUD (Cannabis Use Disorder) is a recognized condition described as a dependence on cannabis use. It is typically found in those with a predisposition to dependence, a genetic history of chemical dependency, and/or a history of antisocial or conduct disorders. There is also a correlation with cannabis users in low socio-economic status and/or a history of cigarette tobacco smoking, unstable/abusive family life, and poor academic performance.

3. THC is potent! The potency of THC varies considerably among the hundreds of natural and genetically bred strains of cannabis. It is present to some degree in all strains designated as sativa, Indica, and hybrid. It is also present in commercial hemp in almost undetectable levels.

However, the THC potency of some strains is much higher than it used to be. Because it drives the psychic experience, creating the buzz or high, it attracts customers. As cannabis has become more accessible in expanding legalize markets, the demand for higher experiences has increased. That demand coincided with advances in the breeding science and quality standards.

4. THC is the same! There are several species of cannabis. But if you focus on Indica and Sativa, you are looking at those considered “marijuana.” Indica strains or Indica-dominant hybrids generally produce a sedating effect, one much sought by medical patients. Sativa strains generally produce the psychoactive effects associated with a marijuana high.

The THC cannabinoid is always the same. But its presence varies from strain to strain. Moreover, it’s character and effects are changed in combination with CBD (cannabidiol), terpenes, and multiple chemicals specific to the strain.

5. THC messes with your brain! Because research has been limited, THC’s precise mechanism of action is not clear. The molecule does bind with neurological receptors effectively changing their behavior.

6. THC causes accidents!  Driving slowly and deliberately are symptoms of inebriation. Cannabis users may feel awake and less confused or disabled than drunks. In every state where cannabis sales have been legalized, there has been an increase in cannabis-related accidents and arrest for driving under the influence.

The fact is the THC in cannabis will affect your alertness, clear-headedness, coordination, judgment, and reaction time. That puts you and others at risk.

7. THC produces psychosis! People with psychotic symptoms may be drawn to cannabis for relief. They may be self-medicating for complex conditions not easily attributed to single factors.

Psychosis, schizophrenia, and other diagnosed psychiatric problems owe their origin to multiple threads. Diagnosed patients should avoid known triggers, but cannabis can play a part in supervised therapy, and it has been known to treat symptoms of PTSD.

8. THC is the essence of the cannabis experience! While THC does produce the psychoactive experience many users pursue, it’s not the only reason to try the benefits.

There are many ways to get high and escape the daily grind. The experience will help you appreciate differences in taste, aroma, and other aspects of the weed. Certain strains balance THC with CBD to produce a range of highs tempered with relaxation, focus, and periods of creativity. That balance also provides medical benefits for millions.

9. THC is safe! While there is nothing specifically dangerous in THC, the consumption method can cause or aggravate health problems. For instance, inhaling combusted matter, organic or otherwise can irritate respiratory issues. It lacks the tar and nicotine content of tobacco, but smoking a joint or inhaling fumes from burned cannabis releases potentially damaging carbon.

The use of some dabbing equipment increases risk, and edibles may lack clear dosing and ingredients. So, you’ll want to think twice about dosing and administration.

10. THC leads to other drugs! Cannabis opponents continue the falsehood that cannabis provides a gateway to hard drugs: cocaine, heroin, opioid addiction, and other drugs. Any correlation between the use of cannabis and later use of strong drugs is not causal.

Cannabis use may be common among those addicted to other substances because of environment, genetics, poverty, and other conditions. But such data does not indicate cause and effect.

The literature against THC often equates THC with the entirety of the cannabis strain and experience. The average and common user of medical or recreational cannabis favor strains with a balance between THC and CBD shying away from the extremes of high THC content. With experience, they also select strains for flavor, aroma, and overall brain and body experience. And, with experience, they learn to differentiate strains for morning, day, and evening use. These decisions are not determined by the THC content alone.