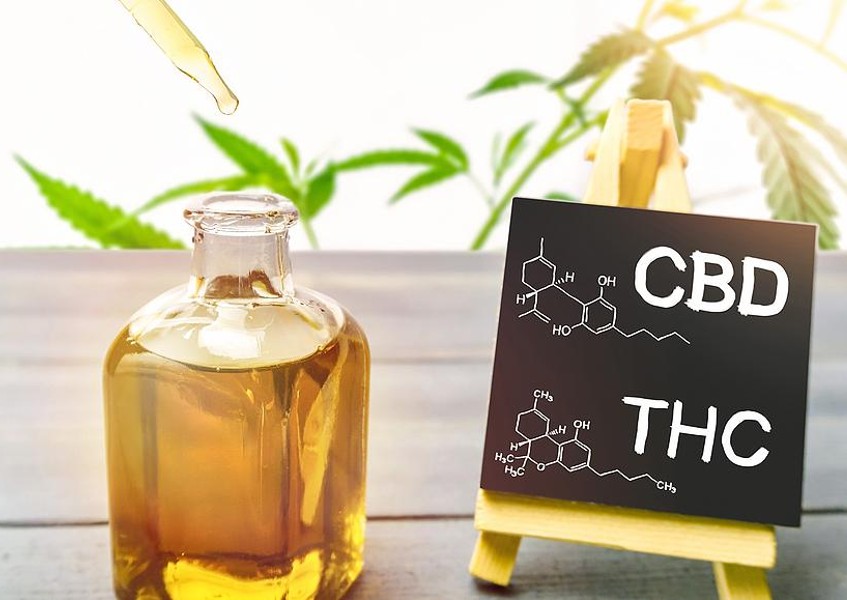 CBD does counteract THC. How does it do it? Why should you care? Answers can help you select and enjoy cannabis strain and administrative mode.

Get back to basics!

CBD (cannabidiol) and THC (tetra ) are the best-known cannabinoids in the cannabis botany. They are only two of hundreds present to some degree or another throughout the cannabis genus. They have been the focus of the most research, often to the exclusion of understanding their interaction with the hundreds of other cannabinoids let alone with terpenes, flavonoids, and other plant materials. But it is what it is.

CBD and THC are remarkably similar in chemical structure, but they differ in their mechanism of action. That is, "mechanism of action" refers to the way they interact with human systems. You should understand the human brain/body is "a system of systems." It is not any one system but the total integration of systems.

For example, the reproductive system has its own components and functionality. You are familiar with its major components, the sexual organs, but the systems are intricately integrated with other systems, including hormonal generation and deployment, diet and nutrition, physical and psychological stimulation, and more.

But if you focus on the nervous system, you see the complexity. A doctor, pathologist, or anatomist can locate and remove specific nerves like the spinal nerve or Vargas nerve. They can trace the nervous system, but it cannot be removed in its entirety.

Among the many systems is the more complex Endocannabinoid System (ECS). It is known largely through inference because it is not as concretely present as other systems. That is, it is not easily traced or mapped although it is omnipresent throughout brain and body. It is present in all glands and other systems and may be driven by or seated in the brain's amygdala.

Scientists believe it functions to monitor and modulate other systems - enhancing, reducing, or balancing their activity. They have also shown that the cannabinoids in cannabis mirror these endocannabinoids - matching, increasing, or diminishing them as they interact.

It follows then, if you can manipulate the cannabinoids, you can influence the endocannabinoids.

The CBD and THC molecules affect systems differently. If you focus on the nervous system, you can picture an extensive and complex chain of cells. These neurons have a typical form, each with a pair or "pincers" at each end. Each set of pincers is separated from the next by an infinitesimal space or synapse.

If there is any such thing as a "normal" moment in the nervous system, electrical charges move along the nervous system carrying data to and from the brain and other systems. Health exists when all systems are in balance, and traffic on the neural highway will affect that wellbeing.

Impact, laceration, infection, and other influences will upset that wellbeing. Some of the signals are warnings of risk and danger. Other signals respond to rest, replenishment, and antibodies. A sprained ankle, for instance, will tell the brain to reduce pressure on the ankle. Blood will rush to the ankle muscles to repair the damage. As the blood inflames the region, inflammation sends pain signals to the brain as other systems send antibodies to fend off infection.

In these ways, systems are sympathetic, empathic, and complementary. Cannabinoids play a part in all these interactions.

THC is known to bind with the system of systems CB1 receptors. They "bind with" in the sense that they attach to those pincers. Their chemical interaction or sheer weight agitate that receptor. That agitation can heighten the psychological reading of what is opening, or it can energize a repressed or suppressed activity. This binding produces an excited response.

The excited response may alter perception as it reduces negative influences. It may focus creativity by sidelining distracting noise psychological noise. It may trigger hallucinations and paranoia as it eliminates barriers to deep brain mysteries.

Its ability and inclination to make these alter your behaviors depends on its potency and the predisposition of your other systems including age, weight, gender, and more. So, the same THC potency may not affect two people the same way.

GW Pharmaceuticals, the researchers and producers of FDA approved anti-convulsive medications, admits it is difficult to identify how CBD performs. However, they conclude, “Cannabidiol does not exert its anti-convulsant effects through CB1 receptors, nor through voltage-gated sodium channels.” Instead, “CBD may exert a cumulative anti-convulsant effect, modulating a number of endogenous systems including, but not limited to neuronal inhibition (synaptic and extrasynaptic GABA channels), modulation of intracellular calcium (TRPV, VDAC, GPR55), and possible anti-inflammatory effects (adenosine).” They believe CBD modulates intra-cellular calcium “via GPR-55, TRPV, and VDAC” and may manage adenosine, glycine, and GABAergic, and serotonin.

In lay terms, CBD does not bind with CB1 receptors. Instead, it can be pictured supporting CB2 receptors. Its influence is more subtle and indirect. For example, it will prevent the body from reabsorbing anandamide. That effectively increases the level of anandamide which has been described as "the bliss molecule," notably present when the brain and body are calm and balanced.

So, does CBD counteract THC?

Yes, it does. However, the effect may not be obvious. If you are taking or using high potency CBD products for medical purposes, you are not likely to experience any psychoactivity. The legal hemp-derived CBD oil, for instance, has less than 0.03% THC traces, so its counteraction is not an issue. Nonetheless, it may reduce the adverse effects of high THC content cannabis taken earlier.

If you are using cannabis for recreational purposes, you may opt for high THC content for the expected high. But if you want a more mellow experience, you will select a strain with some balance between THC and CBD. A 50: 50 balance may not be enough for some people, but it may be a benchmark against which you can measure subsequent experiences.

If the experience is good for you, stick with that strain. If you want something a little more “trippy,” you might shop for strains with a little more THC and titrate up or down from there. While CBD counteracts THC, it does so differently for everyone, so you should shop wisely after doing some research on the strains’ composition and projected effects.