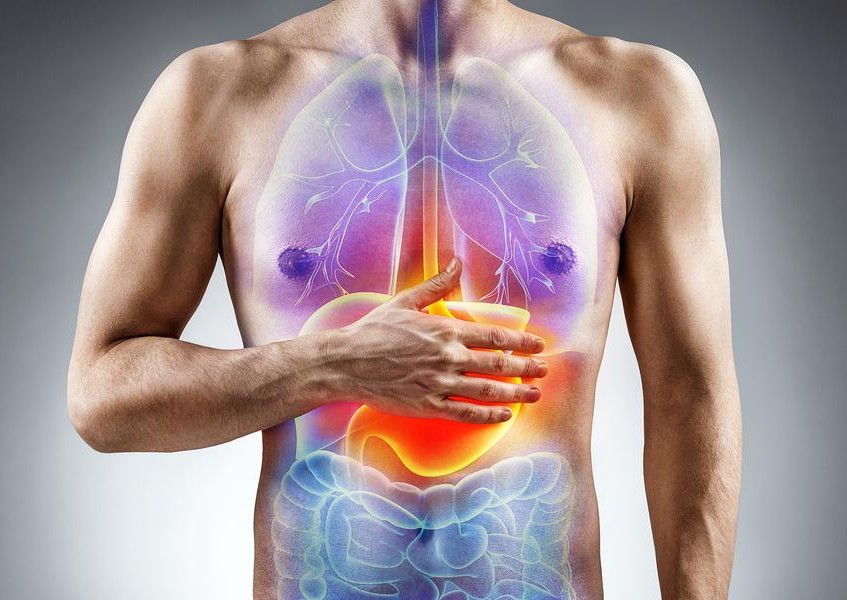 Farts could be a sign of a problem. Digestion creates gases that must go somewhere. And, the average person passes gas 10-15 times a day. That’s normal and sometimes aggravated by certain foods.

But, farting accompanies heartburn, stomach pains, colon cramps, or other symptoms, you may have mild to severe gastrointestinal disorders.

Crohn’s Disease, named for Dr. Burrill B. Crohn and his colleagues, is an inflammatory bowel disease that attacks the gastrointestinal tract at the ileum where the small bowel meets the colon.

But, it can also attack any part of the GI tract from beginning to end. It affects deep into the bowel wall and will skip around leaving sections of normal tissue between diseased patches.

Crohn’s disease appears to be rooted in genetics, commonly occurring in the same families. The Crohn’s & Colitis Foundation observed, “Studies have shown that 5% to 20% of affected individuals have a first – degree relative (parents, child, or sibling) with one of the [GI] diseases.” There also seems to be some evidence that the disease is prevalent among certain ethnic groups.

Causes vary, but history shows them involving genetics and immune systems. But, ulcers often appear in people who use NSAIDs, antibiotics, and oral contraceptives. Treatments usually rely on pharmaceuticals and low-fat diets.

Diverticulitis refers to infected pouches (diverticula) in the colon. When inflamed, they cause pain, constipation, and bloody stools. Patients can treat with pharmaceuticals and high-fiber diets, but severe cases require surgery to remove the pouches.

Medical News Today claims, “The high-fat, low-fiber diet that characterizes Western eating has been shown to increase the risk of diverticulitis in a recent study. It is best, therefore, not to eat red meat, deep-fried foods, full-fat dairy, and refined grains.

Gastroenteritis labels the irritation and inflammation of the stomach and intestines from a viral or bacterial infection. Symptoms include watery diarrhea, vomiting, stomach pain, cramping, fever, nausea, and headache.

Your case of gastroenteritis can originate in contact with an infected person, from environmental conditions like contaminated water or food, or from contagion with norovirus or rotavirus. Depending on the severity of the symptoms, they may be treated with pharmaceuticals and anti-viral therapies.

Most cases resolve as a case of stomach flu.

The main symptoms of Gastroparesis are abdominal pain, nausea, and vomiting. It is a disease of the stomach muscle or the nerves controlling the stomach. Without their work, the stomach does not grind the food adequately for moving into the intestine.

For instance, in each of these cases, emotional stress is an aggravator. Using medical cannabis with a high CBD content or an Indica-dominant hybrid will relieve stress in a calm and soothing sedation. The CBD content modulates the body’s reabsorption of anandamide, “the bliss molecule” and its distribution of hormones like dopamine and serotonin. Both mechanisms restore the brain/body equanimity.

But, cannabis has other effective properties specific to gastrointestinal problems:

Smooth Muscle: The FASEB Journal reports, “These data suggest that cannabinoid receptor stimulation has a differential effect on visceral and vascular contractility.” In layperson terms, cannabis has proven to calm or equalize smooth muscle such as that which controls movement through the GI tract.

Antispasmodic: Much of the serious scientific research on cannabis has to do with its relief of spasm-inducing disorders like epilepsy, multiple sclerosis, cerebral palsy, spinal injuries, and many other conditions. Patients report relief of all symptoms or a significant reduction in symptoms of smooth muscle damage.

Anti-emetic: Cannabis is used regularly to reduce nausea and vomiting associated with these gastrointestinal elements as well as those related to cancer

Caution: Some of these conditions arise from open ulcers or sores in the GI tract. Smoking cannabis may not be the smartest therapy in such cases. Otherwise, you risk additional irritation or infection. That does not prevent your using cannabis in some other form or integrating the therapy with your doctor’s approval.