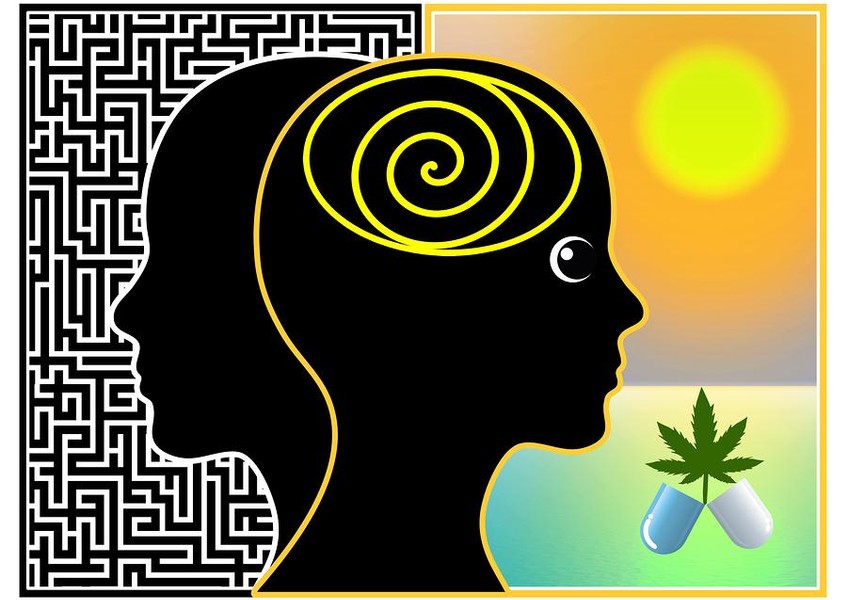 There’s good stress and bad. And, using cannabis to reduce the bad stress is increasingly common and effective.

Scientists call the good stress “eustress.” That’s the stress you feel after a long hike, a heavy workout, or a day skiing. The eustress shows in strained muscles, cramps, and fatigue, but you can deal with the symptoms with massage, ice, or soothing topicals. And, just because you had fun or some positive payoff, the eustress becomes part of the process.

Distress, on the other hand, is mentally and physically taxing. According to Stress.org, “Stress was generally considered as being synonymous with distress and dictionaries defined it as ‘physical, mental, or emotional strain or tension’ or ‘a condition or feeling experienced when a person perceives that demands exceed the personal and social resources the individual is able to mobilize’.”

This negative stress can take the form of mild worries about everything from traffic to making an appointment on time. But, in many people, it means chronic anxiety, depression, and the physical, emotional, and mental pain that go with it.

Stress differs from chronic and clinical depression, but because these drugs have anti-anxiety characteristics, doctors often prescribe some antidepressants like Paxil, Prozac, and Lexapro for stress symptoms. These Selective Serotonin Re-Uptake Inhibitors (SSRIs) work on the brain’s neurotransmitters, making sure there is a harmonious movement from neuron to neuron.

SSRIs do not addict but present a variety of unpleasant side effects like dizziness, dry mouth, nausea, sexual malfunction, and sleep disorders.

Working on the brain’s Serotonin and Dopamine, BuSpar does not sedate and does not addict. Instead, it works on chemical and electric messages. But, you cannot take while you are on MAO inhibitors used to treat depression.

Prescription sedatives depress slow down an active central nervous system. This creates a sense of relaxation, reduced tension, and slowed respiration. Habitual use can produce addictive behaviors. And, heavy and over-doses can produce lethal results.

Although these may be natural in origin, there are few controls on quality and little agreement on dosage. You need to inform your doctor of your usage.

Your medical practitioner is your best course of advice on using cannabis to reduce stress. The cannabinoids in cannabis work much like the mechanism of SSRIs, restoring neurotransmission to a harmonious normal. There is a fair amount of scientific agreement that cannabis, in well-regulated dosage, can allay the symptoms of stress.

Medical News Daily recently reported on a study at the University of Illinois-Chicago. Research spokesperson, Associate Professor Emma Childs, revealed the results of their study into healthy, non-smokers who do use cannabis daily between 18 and 40. These groups were divided into three:

The dosage never exceeded the equivalent of a few puffs of smoking. According to Childs, “Our findings provide some support for the common claim that cannabis is used to reduce stress and relieve tension and anxiety. At the same time, our finding that participants in the higher THC group reported small but significant increases in anxiety and negative mood throughout the test supports the idea that THC can also produce the opposite effect."

Dr. Sue Sisley of St. Joseph’s Hospital asserts, “To deny those with PTSD suffering from psychological trauma and terrifying flashbacks access to a natural herb that is scientifically proven to provide them with relief is simply outrageous.” She insists, “Studies teach us that we have our own cannabinoid receptors in our internal cannabinoids, and these should be modulated as they are proven to reverse effects of stress and help with retention of aversive memories, promote neurogenesis, and can reduce nightmares, fear, anxiety, mood disorders and other PTSD symptoms.”

Anxietysocialnet.com reported, “According to a study published by the Institute of Psychiatry, CBD proved to offer great psychiatric potential, including uses as an antidepressant-like and anxiolytic-like compound. During the study, animals who had been given CBD experienced lower levels of anxiety and depression in a series of tests, such as swimming and puzzle mazes, than animals who had not been given CBD.”

And, research by the Department of Neurosciences and Behavior, found, “CBD was associated with significantly decreased subjective anxiety… CBD reduced anxiety in social anxiety disorder patients because it is related to CBD’s effects on activity in specific mood-altering brain areas.”

Additional studies suggest the same outcomes. The CBD content of cannabis has a positive effect on stress and anxiety. The unfortunate circumstantial restrictions on deep and broad research on human subjects only betrays those suffering from stress.