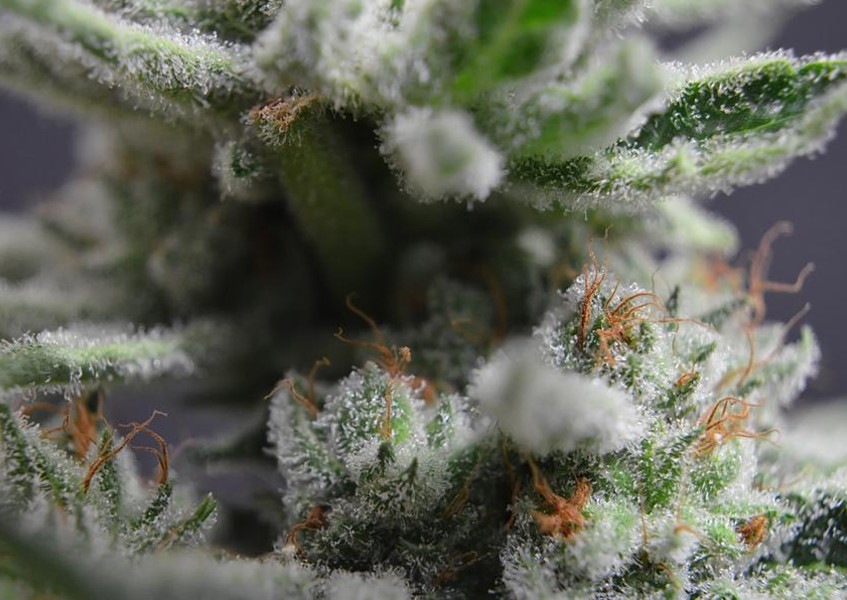 A side effect is defined as “a secondary or additional effect, typically undesirable or unpleasant” (but not always). This article looks beneath the shallow surface of the stereotyped cannabis high. Let’s see how the very thing we have been brain-washed to regard as ‘criminal’ and ‘harmful’ is, in truth, an ally of our body and mind.

How Misinformation Goes Round And Round

Cannabis is a very polarizing substance. Most people have strong feelings about its illicit status. Conventional medical organizations and professionals fight and oppose what is arguably the most potent, and versatile, healing plant on this planet.

As such, published lists of cannabis’ side effects (including this one) have a definite bias. It is generally easy to tell whether the author you’re reading wants to peacefully light a spliff, or intrusively f_ck with the cognitive rights of others.

Which is it? How do you avoid being influenced by misguided sources that don’t at all care about your health or well-being?

Governmental agencies, like the National Institute of Health for example, are funded by the same federal powers that have outlawed cannabis. These agencies are incentivized -- and possibly forced -- to present their findings as unfavorably as is plausible.

This healing plant is a direct threat to the current financial domination of pharmaceutical companies, healthcare systems, the US industrialized prison complex, and many other parasitic industries.

The Food and Drug Administration still says they have not found a cannabis product that is a safe or effective treatment of any disease or condition. The FDA goes on to say that to assess the effectiveness and safety of cannabis for medical use, more study and testing is needed in clinical trial settings.

This, of course, is complete circular nonsense, as the FDA knows full well this “research need” is hindered by cannabis’ Schedule 1 classification -- which is determined by the FDA -- who makes the ridiculously untrue claim that cannabis has “no currently accepted medical use.”

No Accepted Medical Use?

Why, then, does the US Department of Health and Human Services, hold Patent #6,630,507, which attests to cannabis’ effectiveness as a neuroprotectant antioxidant that limits neurological damage in dementia, Alzheimer’s and Parkinson’s disease, and also following strokes and other brain traumas?

The patent applicants claim: “A method of treating diseases caused by oxidative stress, comprising administering a therapeutically effective amount of a cannabinoid...”

So you see how despicable it is that a federal government would knowingly keep such a healing boon out the legal reach of so many who suffer from all these conditions?  Prohibition keeps cannabis federally illegal, and makes cannabis research unnecessarily slow and cumbersome.

In “The History Of Cannabis As A Medicine,” Dr. Lester Greenspoon shows that at least 4,000 years had passed on Earth (and more likely, 8,000-10,000) with people in China and India successfully nourishing and medicating themselves with cannabis. Never, has a single death been attributed to cannabis. While pharmaceutical opioids took nearly 19,000 lives in 2014, the CDC reported:

We are watching, with great scrutiny, the wrong door! But seeds of doubt and suspicion were planted in our thoughts long ago. When, in fact, it’s the legal and socially acceptable substances, like alcohol, tobacco and sugar, that are truly deadly. Cannabis has been called “a gateway drug.” And it is. Cannabis is a gateway to truth. For more than 80 years, the US federal government has denied, demonized and lied about the goodness of cannabis. This article seeks to invert many of those lies, and also explore more honestly the possible meaning behind some of the side effects... some of which may surprise you!

Consuming cannabis gives you access to deep self-revelation. The initiating is up to you, of course. But if you choose to, you could embark on a fascinating and healing journey. Allbud.com reccommends vaping, over smoking. But aside from that health tweak, Marley’s insight is spot on here. Cannabis can help you know, understand and love the REAL YOU. It can help you drop games, and masks.

After just four sets of those extended breaths, and holds in-between breaths, you will be in a better-feeling place, ready to face yourself. You don’t have to “do” anything in particular, other than not fight or resist what shows up.

Euphoria is defined as “intense excitement and happiness,” and it’s one of cannabis’ pleasant gifts/side effects. It’s bizarre that so many in the US actually object to states of intense happiness! That unnatural response to happiness speaks volumes. Heightened Awareness, Which Sometimes Escalates To Paranoia

Peaceful, gentle cannabis consumers have been criminalized throughout “the land of the free,” due to the US’ federal prohibition. The threat of legal prosecution, and incarceration is more than enough stimulus to generate feelings of nervousness and paranoia while consuming a needed, but outlawed, substance.

Not surprisingly, consumers and patients often find when they have the chance to experience cannabis in a legal/fully permitted atmosphere, the paranoia usually leaves completely.

This side effect is, sometimes, actually a misrepresentation. What on the outside might appear as social disinterest or withdrawal, may on the inside actually be:

When awareness grows, overwhelm can easily follow. Extreme noise, crowds, insincerity and conflict all may be found undesirable. And even avoided.

Increased creativity is another welcomed side effect. Imagine all the ways you could benefit from more time spent actively in creative states. Wouldn’t you like to produce more creative output, either in your professional or personal life?

Cannabis escalates cerebral blood flow (CBF) to your frontal lobes’ prefrontal cortex. The frontal lobes are the prized region in the brain where creative and divergent thinking happen. Increased frontal lobe activity is linked to a rise in expressed creativity.

A dry cotton mouth doesn’t accompany every single smoke session. When it does show up, it’s probably revealing dehydration. So, just drink more water. And if you’re curious to know why it happens in the first place, it’s because THC causes a temporary reduction in saliva from acting on those cannabinoid receptors found in your salivary glands.

Similarly, an increased appetite -- or munchies -- also doesn’t follow every intake of cannabis. So when it does show up, it’s probably revealing malnourishment. So, eat something nourishing.

Stress is an aggressive killer, and is linked to many of the heart-related deaths in the US each year. Cannabinoids directly help lower stress by balancing your autonomic nervous system. This study shows that CBD is particularly effective at reducing both stress and depression.

Cannabis, Our Favorite Panacea - it meets so many different medical needs. And truth-shower that it is, even its “side effects” can help enhance our overall health.