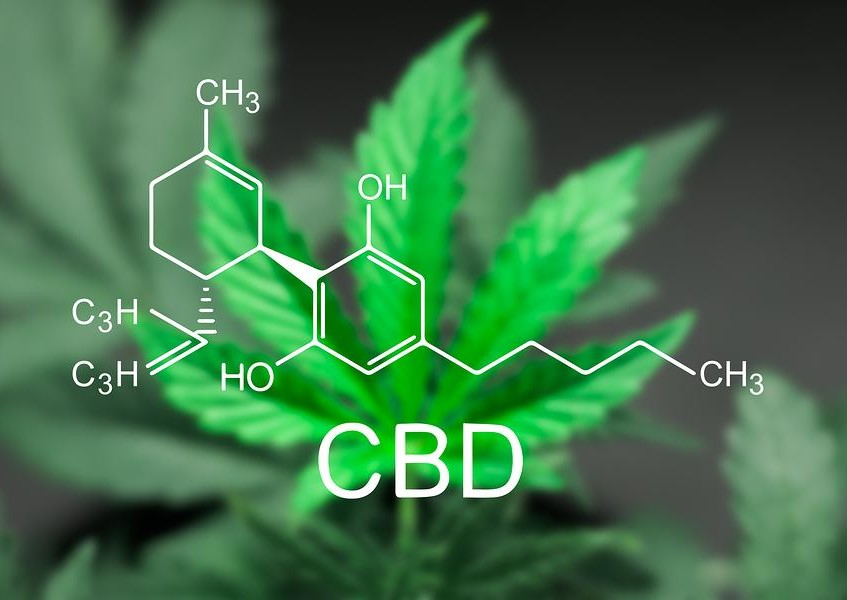 CBD is altering the nation’s perception of cannabis. It offers “clean” and legal resources to a market on the edge of deciding about cannabis.

The Washington Post reports, “The dizzying rise of CBD is a story of timing as much as of branding. As more states deregulate marijuana, the Reefer Madness stigma that surrounded it for decades seems to have gone up in smoke.”

Look at the numbers!

Some of the claims made about CBD and its effects may be patently deceptive and misleading, but it has become available in so many forms and so many formulas, it has proven legal in states permitting sale and possession of CBD and in hemp-derivatives, it remains legal everywhere.

Considering that CBD does not produce a high, the numbers and raging popularity deserve attention.

What is Cannabis CBD?

Cannabidiol is only one of the many chemicals designated as cannabinoids in the cannabis plant. The best known has been THC (∆9-Tetrahydrocannabinol), the element that stimulates psychological responses associated with euphoria.

CBD is only one of the 60-plus cannabinoids that map over to the human endocannabinoid system (ECS), a network of neurons found throughout the human physiology. The complex presence of the ECS touches on every major bodily function.

The cannabinoids bind to or otherwise interact with the neuroreceptors in the ECS which explains why cannabis affects so many physiological and anatomical conditions.

The mechanism of CBD action remains unclear. But, we know that it does not interact in the same way as THC. It does not interact directly with the known neuro receptors, CB1 And CB2. Instead, it seems to run interference, so to speak.

Working Indirectly, CBD does not trigger the same psychoactive results as THC. Working indirectly, CBD allows the human endocannabinoids do their natural thing.

CBD appears to defend against enzymes that break down important endocannabinoid functions. CBD also somehow influences non-cannabinoids receptors in the brain. For example, it works on the same receptors that regulate pain perception, the same neuroreceptors sensitive fentanyl, heroin, and morphine. And, CBD seems to work on dopamine receptors and serotonin system that manage motivation and reward centers.

According to Huffington Post, the federal government has patented CBD:

“Cannabinoids have been found to have antioxidant properties, unrelated to NMDA receptor antagonism. This newfound property makes cannabinoids useful in the treatment and prophylaxis of wide variety of oxidation associated diseases, such as ischemic, age-related, inflammatory and autoimmune diseases. The cannabinoids are found to have particular application as neuroprotectants, for example in limiting neurological damage following ischemic insults, such as stroke and trauma, or in the treatment of neurodegenerative diseases, such as Alzheimer’s disease, Parkinson’s disease and HIV dementia. Non-psychoactive cannabinoids, such as cannabidiol, are particularly advantageous to use because they avoid toxicity that is encountered with psychoactive cannabinoids at high doses useful in the method of the present invention.”

The government’s position is simultaneously positive and confusing. In the absence of sufficient research, it is both hard to nail down the specifics of CBD behavior and loose enough to keep it hugely available to those who benefit from it.

CBD and its tailcoat

Continued and extensive research is needed into the process and effects of what is called CBD’s
“entourage effect.” In scientific terms, that means the totality of the therapeutic constituents of cannabis acting together is more effective than any single isolated compound acting alone.

Many clinicians believe that using CBD as an isolated compound not only diminishes its therapeutic value but does not take full advantage of the medicinal value of cannabis. This is because of the entourage effect, the concept that the totality of the therapeutic constituents of the plant acting together is more effective than any single isolated compound acting alone.

Scientific American says, “there is no hard evidence that the entourage effect is real.” But, Dr. Sanjay Gupta claims, “Unlike other drugs that may work well as single compounds, synthesized in a lab, cannabis may offer its most profound benefit as a whole plant, if we let the entourage effect flower.”

So, the fact that CBD may offset THC euphoria while it also reduces inflammatory pain and other examples of the entourage effect deserve extensive research. The research is necessary to confirm or deny the efficacy of the centuries of anecdotal evidence. But, one way or another, the facts or rumors support the popular movement toward CBD consumption.

Users claim scores of individual and combination benefits from CBD:

And, on June 20, 2018, the FDA “approved Epidiolex (cannabidiol) [CBD] oral solution for the treatment of seizures associated with two rare and severe forms of epilepsy, Lennox-Gastaut syndrome, and Dravet syndrome, in patients two years of age and older. This is the first FDA-approved drug that contains a purified drug substance derived from marijuana. It is also the first FDA approval of a drug for the treatment of patients with Dravet syndrome.”

Why is it so popular right now?

The canna-economy and canna-industry may find their fortune in CBD. It’s proven and anecdotal reputation, its wide variety of consumption options, and its widening legalization avoid the stigma connected with cannabis and appeal to new markets.