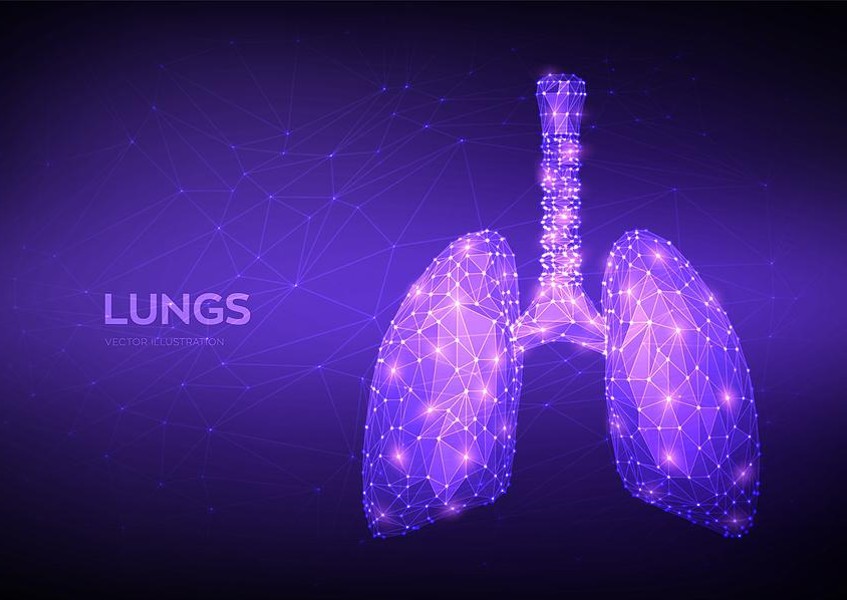 It may have been the evolution of lungs that helped humans rise from the primordial swamps of evolution. Incredibly complex yet efficient, the human lungs are at once durable and delicate. How long your lungs will last depend on the genes you have been dealt; however, how you treat the lungs can shorten their life and yours. You might want to consider what exactly cannabis does your lungs.

Humans have a pair of lungs located in the chest cavity. Each lung is made up of lobes, three on the right and two on the left. They fill an area from the collarbone down to the just above the sixth rib. Viewed from the rear, the lungs stretch to the twelfth rib filling much of the space protected by the rib cage.

The lungs are covered with a membrane called the “pleura” (pleurisy) which is subject to infection and inflammation as are the “bronchi” or passageways (bronchitis). The air inhaled reaches myriad air sacs or “alveoli” at the end of the bronchi.

The air that reaches the alveoli enters the bloodstream through the surrounding capillaries surrounding the alveoli. The body’s red blood cells pick up the oxygen that has been filtered from the air through this respiratory system and transport it throughout the body feeding and fueling the organs and tissues it reaches.

As the bloodstream carries the oxygen, it also absorbs the carbon dioxide produced by the consumption of oxygen, metabolized into waste material. These cells return through the alveoli to the lungs which expel the carbon dioxide as you exhale.

All things being equal the lungs will function properly for a long time if your DNA allows. People who inherit lung-related issues will suffer and die whether they mess with their respiratory system or not. Likewise, some people live long lung lives regardless of the damage they do or the environment surrounding them.

Nonetheless, history and research have shown a direct causality between certain conditions and lung damage and disease. Mesothelioma, Black Lung, Asbestos Lung, Silicosis, Byssinosis, and more are found among many who have lived and worked among high-risk chemicals and materials. But, tobacco smoke and secondary exposure to tobacco smoke have been leading causes of pain and death in millions of users.

While lungs function to filter toxins from the air inhaled, tobacco smoke contains carcinogens known to damage and wear down the filtering systems until the lungs are partially or wholly destroyed. A 2005 study published in Harm Reduction Journal found “while both tobacco and cannabis smoke have similar properties chemically, their pharmacological activities differ greatly. Components of cannabis smoke minimize some carcinogenic pathways whereas tobacco smoke enhances some.”

The findings were several:

So, whole long term and frequent cannabis smoking may negatively impact lung condition, it has not shown a profile similar to that of tobacco smoke.

What exactly does cannabis smoke do to your lungs?

In 2012, Harvard Health reiterated the findings of the study referred to earlier. They referred to research published in JAMA (the Journal of the American Medical Association) claiming, “good news for people who smoke marijuana: smoking at a rate of one joint a day for as long as seven years doesn't seem to affect lung function adversely.” The same research found, “smoking marijuana in moderation may actually improve lung function, perhaps because inhaling gives the lungs and the chest muscles a bit of a workout.”

Notice the conditions cited here. This good news refers to those smoking one joint per day and/or smoking cannabis in moderation. The research is not a license for chronic smoking of increasingly potent strains. After all, one joint a day means 365/year while a pack of cigarettes each day is over seven thousand smokes/year.

Smoking cannabis means inhaling the results of the combustion process. The flame and heat release the desired cannabinoids, terpenes, and flavonoids. However, the process also releases carbonized toxins including those from the burning paper. While these toxins do not appear to present the same carcinogenic risk found in tobacco inhalants, they do irritate the respiratory system.

Cannabis smokers will experience a dry mouth, reddened throat, and dry cough. These are the body’s natural response to irritation. Moderate smokers of moderate cannabis strains will find these symptoms reduced over time. The system has learned to accommodate the “intrusion.” The respiratory system has learned to tolerate the elements. An additional danger exists for the many cannabis smokers who also smoke cigarettes and/or who use or inhale other drugs.

So, if your medical legacy and history make you vulnerable to lung disease, your best practice is to avoid smoking anything – period. If you must smoke, cannabis presents an alternative to tobacco. Moreover, using some cannabis methods – bongs, dabs, and bowls – may reduce the risk of consuming toxins that have been filtered by the extraction process.

In any case, you must listen to your brain and body. If you experience medically significant reactions to cannabis smoking, you should stop or choose a strain with milder effects. If the reaction is serious to severe, you should see a doctor because the reaction could indicate something requiring medical attention. But, all things considered, mild and moderate use of cannabis should not trigger significant lung damage.