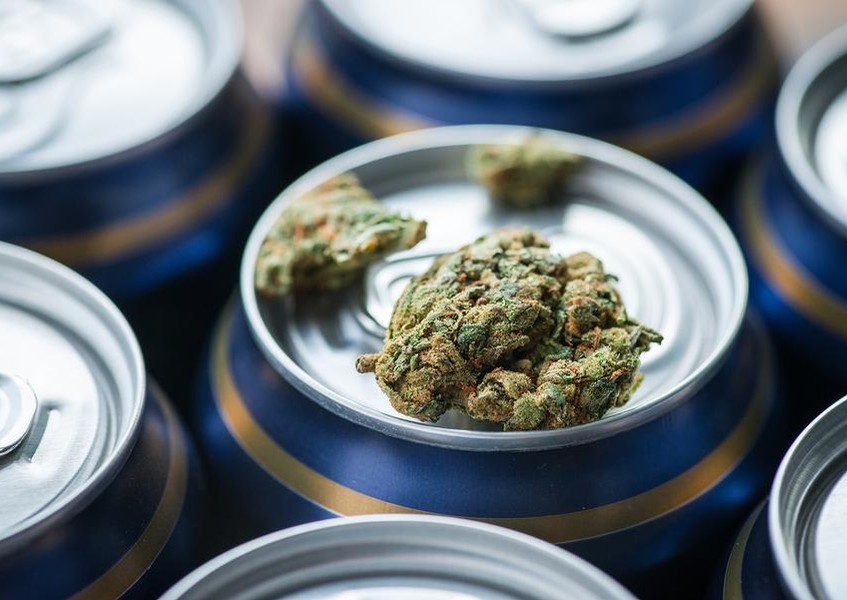 Bad things happen when you combine cannabis and alcohol. Innumerable cannabis users use cannabis with alcohol. It may only be a with a glass of wine among friends at dinner or paired with a bourbon that seems to flatter the cannabis strain’s taste.

The negative things we know about the combined use of cannabis and alcohol:

People addicted to cannabis are more likely to develop alcohol dependency. They may share the same genetic or social predisposition to dependency.

A 2015 study published in Alcoholism: Clinical and Experimental Research differentiated between simultaneous use of alcohol and concurrent use. And, they recommend actions that cannabis advocates might embrace:

What’s happens when you combine cannabis with alcohol?

Alcohol influences your blood system, and whatever’s in the blood soon reaches the brain and the rest of your body. Even an occasional drink will send messages that change behavior and nervous system response. Drinking lightly has beneficial health effects. But, drinking frequently or heavily will damage heart, liver, skin, pancreas, and more.

Cannabis also targets the brain and body through the circulatory system. It has many of the same effects on blood pressure, vascular function, and brain functions. So, consuming them simultaneously will increase the brain-body effects of both drugs.

Nonetheless, if you want to occasionally use alcohol with cannabis, here are some pairings you might consider:

♦  Wine might make the most pleasant way to combine cannabis and alcohol. Wine is more complex than marijuana. It has more subtle tastes and aromas, and it appeals to the tongue’s taste buds. Cannabis experiences are first perceived by palate and nasal experience.

That olfactory experience is enhanced when the elements are combined. It’s there that pairings make sense. Citrus tastes and aromas in cannabis match nicely with a fruity sauvignon blanc, crisp pinot grigio, or unoaked chardonnay. Earthy tastes and aromas stand up to a complex Cabernet, rich Malbec, or subtle pinot noir.

You must remember the piggyback effect where the THC will ride the alcohol to an early and potent punch. And, it wouldn’t make sense to pair cannabis use with cannabis-infused wine.

♦  Beer is probably the go-to option among adolescents and students who probably miss the clue that pot and hops come from similar botanical families. Still, the combination of cannabis use with craft beers cam pair the similar aromas and tastes.

Experience may also decide your choice of strain. That is, certain combinations might help with depression; others might deliver the desired couch-lock. But, you must remember that the alcohol will rush the THC to the brain and body faster and more potently than you might wish.

You might watch the alcohol content of the beer or choose a non- or low-alcohol beer to reduce or minimize the effect. You might choose your beer or ale with its taste and after-taste in mind. Certain strains may go better with pilsners, Belgians, or bock beers.

♦  Liquor is alcohol intensive, so combining it with cannabis runs some risk. And, you should not underestimate that risk. Any liquor drink, whether shots or cocktails, it is intoxicating, so using it with cannabis will increase its bioavailability and potency. The pleasure of the cocktail prompts an additional drink, so the delivery system to brain and body accelerates.

They will likely produce cannabis-infused liquors, but consumption of more than one drink on an occasion will endanger your health and safety.

Extensive research is concerned with the use of alcohol and cannabis among adolescents. Adolescent brains are not full-developed nor their personalities truly developed. Numerous studies document the connection between adolescent low self-esteem and negative behaviors, including suicidal ideation, self-harm, and alcohol- and cannabis-abuse disorders.

One study found, “Approximately 50% of adolescents exposed to alcohol and illicit drugs prior to age 15 had no conduct-problem history yet were still at an increased risk for adult substance dependence, herpes infection, early pregnancy, and crime.” Of course, that means 50 percent did have conduct-problem history (National Library of Medicine).

So, we are at a bit of an impasse here. There is no final word on the causation between alcohol/cannabis mixing and negative adolescent behaviors. But, it’s not a risk that sensible adults want to take.

And, responsible adults will reduce the risk to their health and safety with moderate concurrent use of alcohol and cannabis. That’s probably vain advice, but the target is responsible teens and adults.