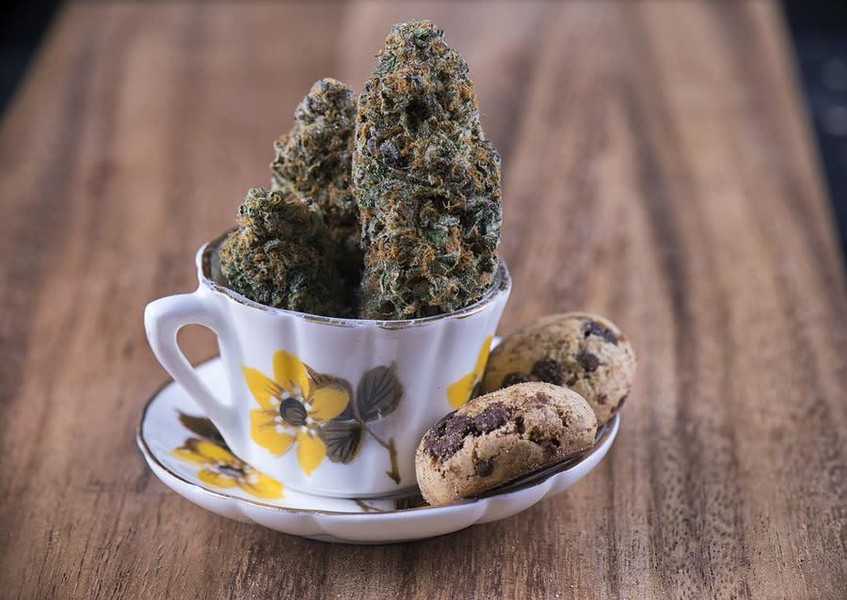 People drink coffee for the lift. It has caffeine, a stimulant and drug. It’s an individual pleasure and a social drink, pulling people together in cafes for music, conversation, and fun. But, the Dutch government is closing coffee shops throughout Amsterdam.

You see, the Dutch Parliament approved the Weed Pass. The Weed Pass prohibits non-Dutch tourists from visiting Holland’s coffee shops where cannabis consumption is legendary. They made a compromise with the City of Amsterdam.

If Amsterdam closes coffee shops located within 275 feet of a school, other coffee shops can remain open without interference. The idea is to keep cannabis away from the nearby school children.

What happens when you mix marijuana smoking with coffee in Amsterdam’s coffee shops has been creating enjoyable experiences for generations.

How to mix cannabis in your coffee —

When you mix cannabis in your coffee —

The issue is what happens when you mix two drugs. And, once again, we lack adequate research, and are left to studies on monkeys. The only fact we have is that pot users enjoy their weed with coffee.

Caffeine, CBD, and THC each have psycho-neurological effects. And, some of them would seem to counteract the others. Caffeine, for example, has traditionally been used to sober people up after using inebriants. So, you might expect the coffee’s caffeine to ruin the relaxing CBD high or the caffeine might defeat the THC’s euphoria.

Still, there must be something to the common user habit that associates coffee and cannabis. Apparently, there is some synergy between their chemical properties.

AARP’s Healthy Living points out that coffee has shown positive influences on risks presented by Parkinson’s Disease, Alzheimer’s Disease, oracle cancers, and stroke. Of course, it has documented negative effects on high blood pressure, insomnia, thyroid problems, diabetes, and so on.

Interestingly, studies on cannabis have shown positive effects on Parkinson’s, Alzheimer’s, and tumor control. And, both caffeine and cannabis release dopamine. These correlations may indicate commonalities between the properties of the two elements.

Caffeine and cannabis affect the central nervous system. The caffeine may offset the edginess produced by some strains of THC, and it may bring alertness to CBD’s sedation. Users may in time find their individual balance depending on their choice of cannabis strain, strength of caffeine option, and frequency of use. And, these variable factors defy research.

The question of what happens when you mix cannabis in your coffee has been energized by the introduction of cannabis-infused coffee products now hitting the market.

They present a new problem in how products are defined as “safe” or not. With no history of serious research on human subjects and quality control standards, the safety of such products remains unclear.

So, is the jury still out?

Well, yes and no. Quality research would clarify the question. Absent that, you must rely on the limited research on monkeys and dated to 2010.

On the other hand, if you are a sensible coffee consumer who enjoys a joint or cannabis additive with your morning brew, you will learn with experience what combination works best for you. If you are a sensible user of both, you will use in moderation understanding the too much of a good thing is likely a bad thing.