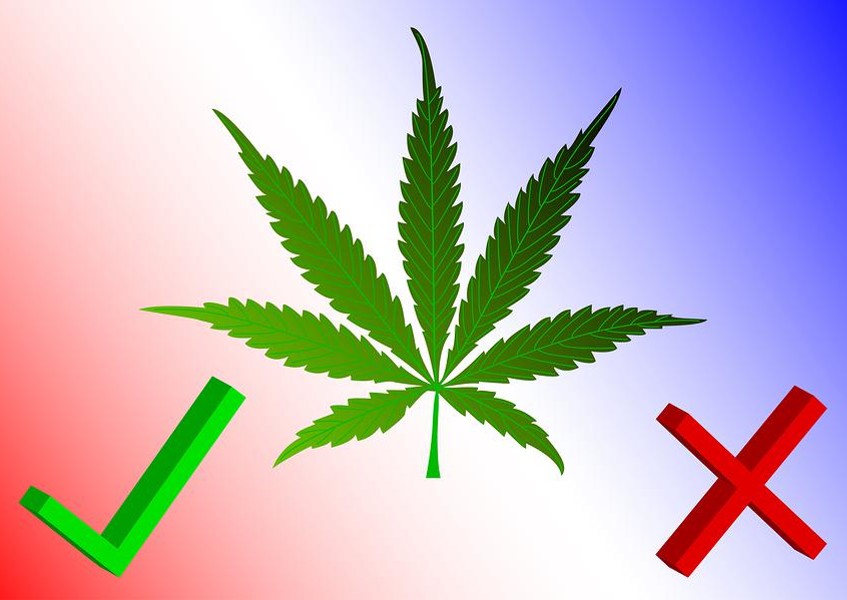 This opinion will raise some hackles among the cannabis activists. But I am having increasing difficulty accepting the pitch that cannabis is not addictive. So many of the arguments rely on spurious distinctions between “addiction” and “disorder.”

I am looking at this backward, looking at results and arguing back to causes and conditions. I agree cannabis has not proven as addictive as alcohol, nicotine, opioids, and other drugs of choice. I admit users do not die from using cannabis. And, I agree there is no evidence of the biochemical alteration wrought by other psycho/physical addictions.

However, heavy and continued cannabis use by many falls within the explanation in AA’s Big Book. If I can paraphrase, addiction is a physical compulsion, coupled with a mental obsession, distinct physical desire to use beyond the capacity to control it and in defiance of all rules of common sense. There is an abnormal craving that users yield to at the worst possible times and do not seem to know when to stop.

Activists acknowledge the existence of Cannabis User Disorder (CUD) as a dependency rarely occurring among those pre-disposed to dependency. But this reduces the problem to a Harry Potter or boy band disorder. While people may not die from overdosing cannabis, they regularly report to emergency wards, die in car crashes, deliver affected babies, and lose status, friends, and family.

The Diagnostic and Statistical Manual of Mental Disorders (5th edition) and the BC Medical Journal define “Cannabis Use Disorder” as “Cannabis dependence is defined as a problematic pattern of use leading to clinically significant impairment or distress. Symptoms of dependence include using cannabis in larger amounts or over a longer period than was prescribed or intended, making unsuccessful efforts to cut down or control cannabis use, and spending time in activities necessary to obtain, use, or recover from cannabis effects.”

♦ Some people question the concept of marijuana dependence or addiction, but diagnostic, epidemiological, laboratory and clinical studies clearly indicate that the condition exists, is important, and causes harm.

♦ Marijuana dependence resembles other substance dependence disorders although less severe. “Adults seeking treatment for marijuana abuse or dependence average more than 10 years of near-daily use and more than six serious attempts at quitting.”

♦ Dependent users continue to use despite criticism citing “relationship and family problems, guilt associated with use of the drug, financial difficulties, low energy and self-esteem, dissatisfaction with productivity levels, sleep and memory problems, and low life satisfaction.”

Call it what you want and cherry-pick your research, but the fact is repeat users may have a problem.

Tolerance breaks are not for cannabis users who are on medical or terminal illness therapies. Their need for medical benefits outweighs concerns for use disorder.

Smoking daily for years will alter your cannabinoid receptors’ response to THC. You will need more intake to trigger the same response. You’re likely to increase your strain or frequency. If you’re aware of that, it may be an opportunity to take a breather to readjust the brain and body.

If your idea of a “habit” is a monthly smoking circle at a beach barbecue, you don’t need a break. If you’re smoking once weekly, you probably don’t need a break. However, if you are using several times a day or using in multiple forms and if you find going “cold turkey” too much a challenge, you may skip a session. Once you adjust, you can back off additional use until you have stopped completely.

The next test comes with sticking to a set period. Slipping in a puff will defeat the purpose. To fight CUD, you might use the downtime to calculate the money you saved, assess how you are using the time relieved, try something new and fun, and consider how your grades have improved.

You keep a journal of your sleeping problems, hunger habits, weight changes, and respiration strength. You may see some minor disturbances at the start, but they will be countered by improvement in hydration and clear eyes.

It’s up to you how long she should stay off the “demon weed.” The point is that you develop some discipline to test your will power. Depending on many factors, you may need a few days to a few months before your biochemical, neurological, and endocannabinoid systems harmonize.

But it would seem the longer you abstain, the more tolerance you build and the more you enjoy the return to healthier use. One version of a prayer attributed to Reinhold Niebuhr, the 20th-century’s leading theologian — “Give me the Serenity to change the things I can, Courage to accept the things I cannot change, and the Wisdom to know the difference” — may be a daily affirmation for those on you tolerance break.