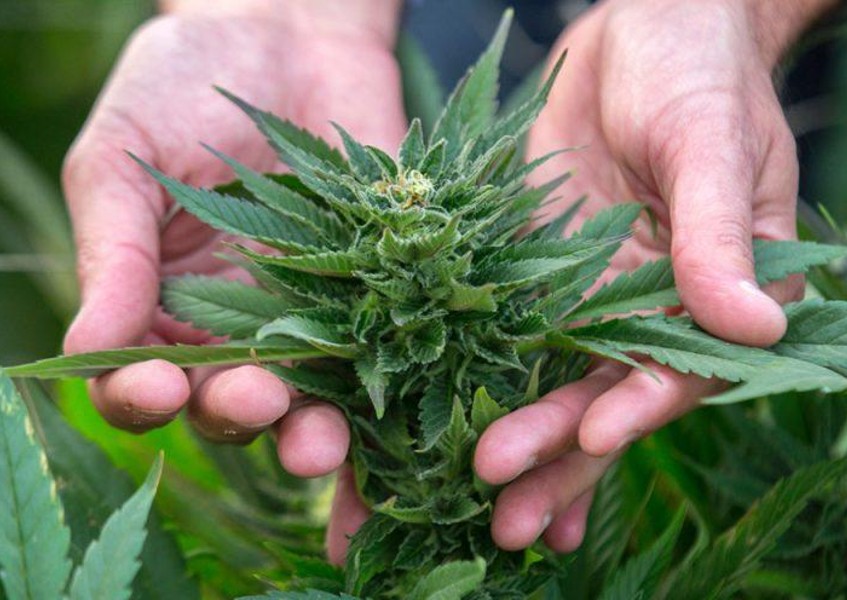 By Kevin O'Connor, The Herald News

FALL RIVER, Mass. If you go to a hash bar in Amsterdam, your server will ask you first: What kind of high do you want?

That, experts say, is a mature marijuana market.

A good portion of the country could be heading that way, soon. Massachusetts could be part of that crowd.

Voters will be asked in November if they should legalize Massachusetts marijuana for recreational use.

Four states and the District of Columbia currently ignore federal law prohibiting possessing or producing marijuana. Five states have the question on the ballot in November. There are 25 states, including Massachusetts, where medical marijuana is legally allowed.

In Fall River, ground has been broken for a multi-million dollar pharmaceutical facility dedicated to growing and processing marijuana for medicine.

Marijuana is here. It has always been here. Its use is steady and proof of its value, some proponents say, is growing every day. And those who advocate ending the prohibition against it say anti-marijuana laws are getting more and more difficult to justify.

It will allow the state to collect tax revenues.

Legal marijuana will produce a whimper, not a bang, he said.

People who suggest there will be a huge boom in use, there is no evidence to support that, Miron said. All of the positive things are way overstated.

The primary effect is that the people who want to consume marijuana will feel less stress.

That has been largely the case in Washington state, which made recreational use of marijuana legal in 2014.

The experience here in Washington has been pretty good, though that depends on who you ask, said Sam Mendez, the executive director of the University of Washington Cannabis Law and Policy Project.

The two largest concerns, nationwide, on legalization are access to children and drugged driving.

On both of those issues, we havent seen a serious increase.

The biggest issue is on hospital admissions by people who have gotten frightened after consuming too many edible cannabis products.

It is a question of people not knowing their limits, Mendez said. Edible products take longer to take effect often 30 to 90 minutes.

If people are untrained, they might take some, wait, not feel anything and take more, Mendez said. Producers, he added, are responding to that by making the active ingredients in edibles more consistent and educating customers buying them.

Obviously, they have an interest in making sure people have an enjoyable experience with their product, Mendez said.

Experience with a product becomes key as a marijuana market matures, both Mendez and Miron agree. The market will follow the path of the beer and wine market, with craft and artisanal products at one end of the spectrum and marijuana products that are the equivalent of Natty Daddy or Chateau LeBox on the other.

Small marijuana growers are going to have to upscale themselves, Mendez said. A number of customers will want the cheapest stuff because they just want to get stoned, but there will be others.

You will see the industry sort itself out. That is capitalism.

There is a second market for marijuana.

Chinese physicians began experimenting with the medical benefits of cannabis 2,000 years before Christ. English doctors were using the plant extensively in the 1900s. In Israel and the Netherlands, pharmaceutical companies are developing mixtures of the three strains of marijuana to produce medicine that can shrink cancerous tumors, shorten or prevent seizures, ease the tremors of ALS or Parkinsons disease, provide relief from pain or anxiety.

Medical research in the United States is prohibited by law. Marijuana is listed as a Schedule 1 drug by the DEA. The DEA ruled on Aug. 13 that marijuana, does not have a currently accepted medical use, and it has a high potential for abuse.

CannaTech Medicinals disagrees and is betting that opinion will change.

The company is currently building a multi-million dollar facility in the Fall River biopark. The company will grow and process marijuana for medical use. It is also planning a dispensary to be located at the corner of Rodman and Hartwell Streets in Fall River.

The company is betting that the federal government ...