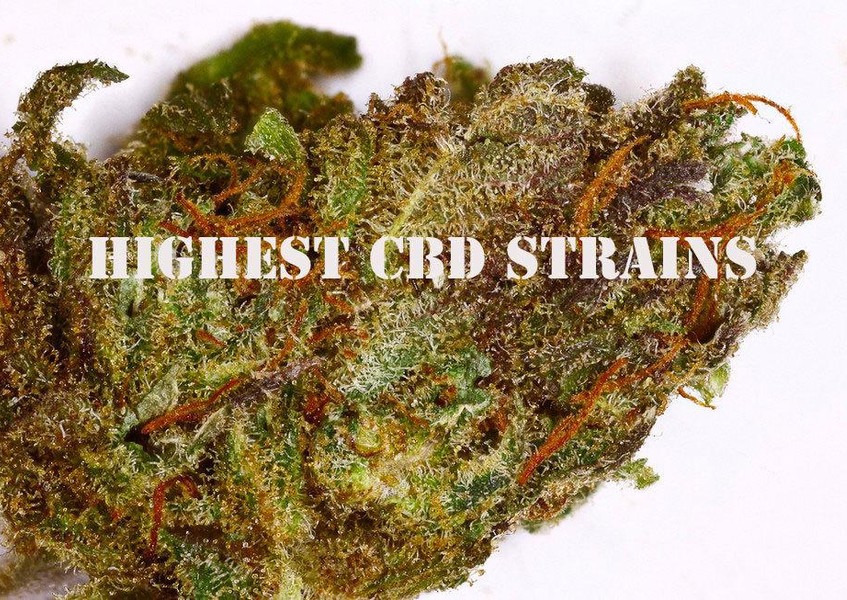 CBD occurs naturally in cannabis and accounts for 40% of the plant. As Johnny Green said in The Weed Blog, “The fact that CBD-rich cannabis doesn’t get one high makes it an appealing treatment option for patients seeking anti-inflammatory, anti-pain, anti-anxiety, anti-psychotic, and/or anti-spasm effects without troubling lethargy or dysphoria.”

1.     AC/DC: Users have favored this classic for some time. This hybrid tests at pure 30:1 CBD strong with a lemongrass and cherry aroma and taste of cherry and berry. Robert Bergman writes, “ACDC is a 50/50 Sativa-Indica phenotype of Cannatonic and Ruderalis that was bred by Resin Seeds.”

2.     Cannatonic: A citrusy tasting 50/50 hybrid registers 6% or less of THC with 6% to 17% of CBD. Cannatonic warms and soothes the body while improving mental focus. And, users report it helps with migraines, nausea, spasms, and stress.

3.     Charlotte’s Web: This has long been favorite among smokers looking for mild effects and pain relief. It has become the standard of sorts for the medical marijuana justification. According to the Colorado’s Potguide.com, “It's rapidly becoming the strain of choice for those who are interested in medication without any psychoactive effects -- and though there are similar strains, none have yet approached its efficacy. Charlotte's Web has tested at less than 0.3% THC, producing virtually no psychoactive effects.” Named after a child with seizures, it has been used successfully to treat pediatric epilepsy, Dravet’s syndrome, PTSD, and other conditions.

4.     Corazon: A 2017 release by Yerba Buena farms (Hillsboro, Oregon) reportedly has a strain that cuts ACDC into a new plant that scores an unprecedented 22.5% CBD over 2.71% THC. Stoner Magazine says, “Corazon, is an easy one to fall in love with,” but it is too new to find many reviews.

5.     Critical Mass: 0nce they crossed an Afghani Indica and Skunk #1, they produced an easy to grow at home plant. CBD tests as high as 22%, and plants produce plump heavy buds. It relieves aches and pains with a strong, numbing buzz throughout the body. Its high THC content also creates some psychedelic experiences that warrant use at night or late in the day.

6.     Harlequin: According to Allbud.com, Harlequin is a Sativa dominant hybrid. “It has a unique CBD: THC ratio which is best described to be 5:2. In other words, its THC level is 7-15% and CBD level of 4-10%.” Its mango and musky smoke and taste leaves smokers alert and focused while it relieves pain.

8.     Sour Tsunami: This Sativa dominant hybrid was developed to boost its CBD content. It tests for 10-11% CBD and 10% THC. The THC helps relieve anxiety and pain while the CBD assured clear thinking and focus. Bred from Sour Diesel and NY Diesel, it has that diesel, pine, and woody smell undercut with sour and citrus hints.

9.     Steven Hawking Kush: An heir to Harle-Tsu and Sin City Kush, Stephen Hawking Kush delivers a fruity and minty taste and aroma. Medical patients use this high-CBD strain for dealing with Lou Gehrig’s Disease (ALS), Multiple Sclerosis, Muscular Dystrophy, and other conditions dominated by involuntary muscular contractions and spasms. Herb.com says. “Though often considered a medical cannabis strain, Stephen Hawking Kush is a great choice for just about anyone. One-to-one strains are fabulous daytime choices all around, even those considered indicas. While this bud does have a slightly sedative quality, it is more relaxing and serene than sleepy.”

10.  Valentine X: This valentine treat reaches 18% CBD, but it also has significant THC. The CBD relieves cancer-related pains, depression, epilepsy, inflammation, seizures, stress, and nausea. The THC produces a creative euphoric high. Leafly points out that St. Valentine is also the patron saint of those suffering from epilepsy.

This list is not exhaustive, but it represents some new and some reliable high CBD marijuana strains. Strains dominant in CBD content will multiply because the medical marijuana market is the driving force. In some ways, it is the safest market because there are always illnesses to satisfy and because the medical aspect faces less of a challenge in research and development.